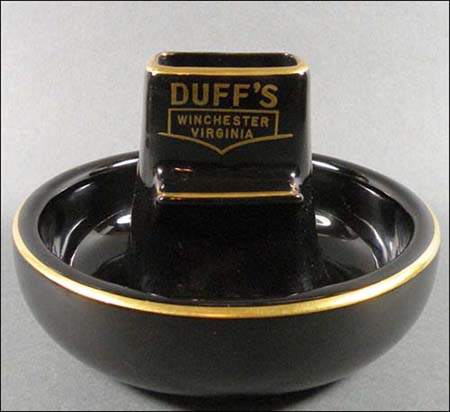 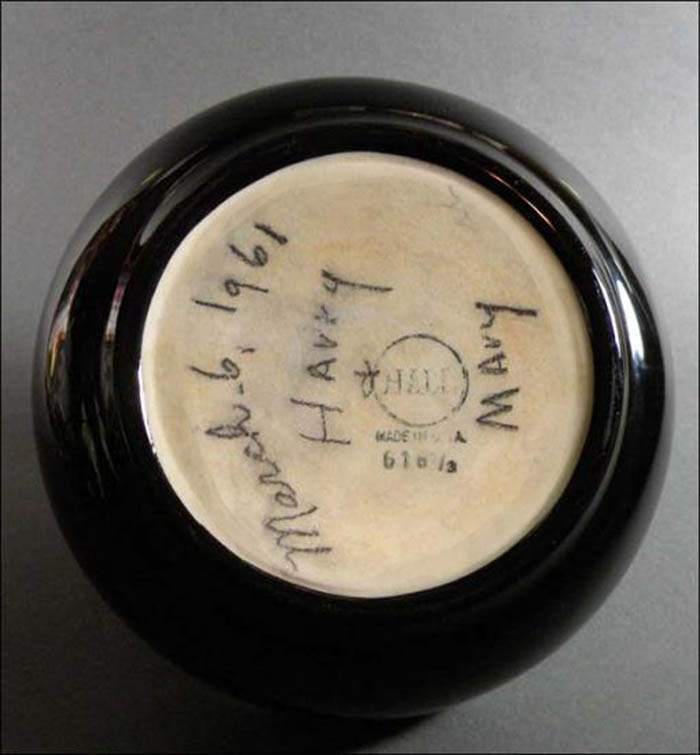 The last date this particular piece could possibly have been produced was March 6, 1961, thanks to the penciled inscription on the back with that date, plus Harry & Mary!

The heavy black match stand is decorated with coin gold lines to accentuate the shape and the words DUFF'S and WINCHESTER VIRGINIA.