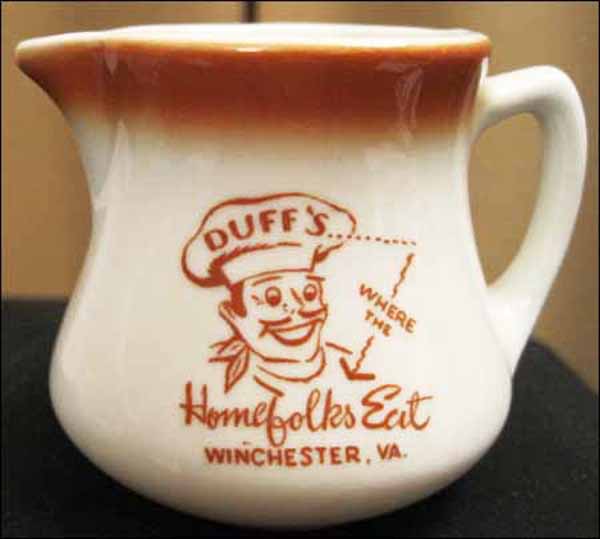 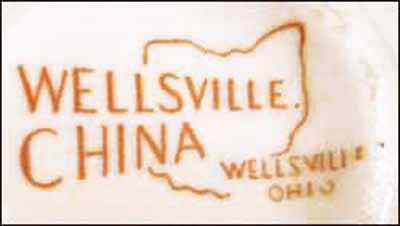 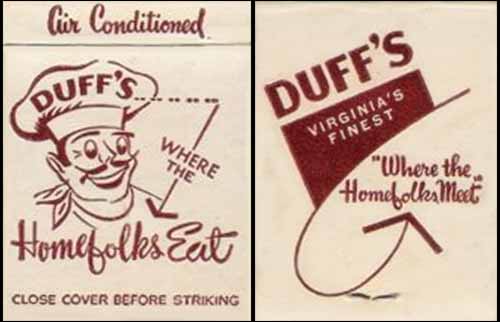 White body pitcher with an orange or rust airbrushed rim and a chef with mustache and toque that says Duff's Where the Homefolks Eat — in the same color.

Photos and ID submitted by dbstoneware