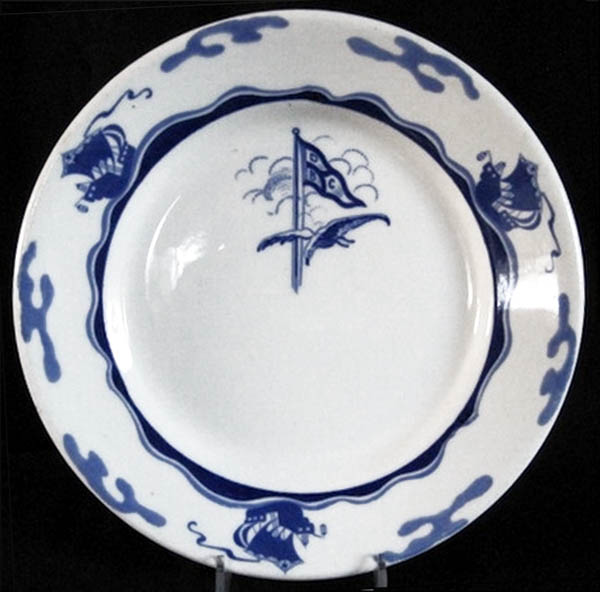 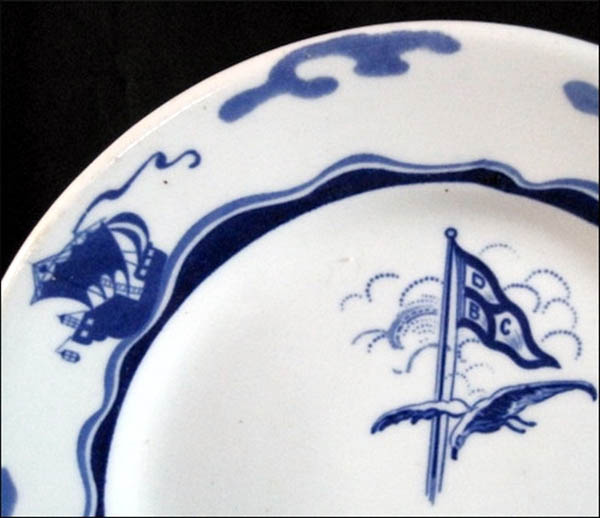 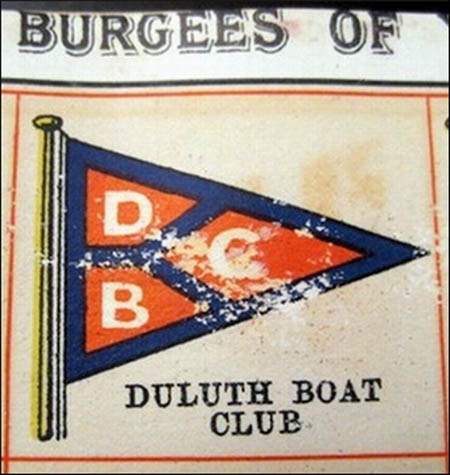 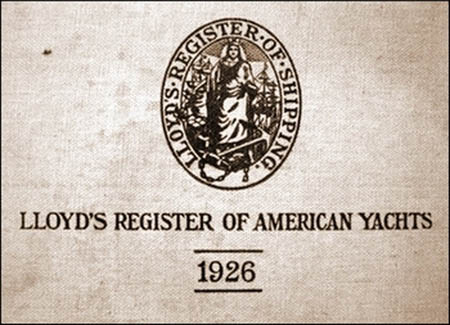 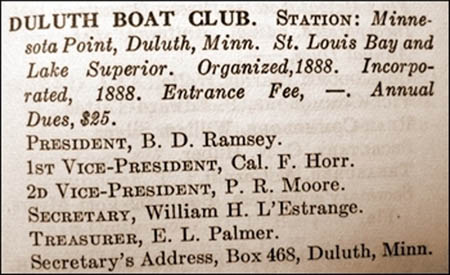 Notes: Located on Minnesota Point in Duluth, Minn., the original Duluth Boat Club was one of the largest of its kind in the late 1800s and 1920s. The club as an independent entity dissolved in 1926, but continues on as a non-profit as the Duluth Rowing Club in 2011, promoting watersports in the Twin Ports.

Excerpt from the Duluth Rowing Club Newsletter, September 2011 – Celebrating 125 Years of Rowing in Duluth:
"Imagine what it would be like to be in a time machine and watch 28 Duluthians from the Duluth Boat Club in 1886. The first boathouse was opened the next year on 7th Avenue West and the waterfront. They held a gala reception for 700 people and a 12-piece orchestra played all night …

"In 1903, a new boathouse was built at 10th Street on Park Point. Imagine getting there without a lift bridge or suspended gondola. By 1907, the DBC had expanded from 195 to 700 members. The previous year they built the Oatka Beach Club where the current boathouse stands. You are standing on the original dance floor when you enter to find a scull. If you were there in 1907 you might have seen the Minnesota State Tennis Championships on the clay courts at Oatka or witnessed the Venetian Fete with decorated boats and colored lights along with 10,000 other spectators. The gondola that took you from the mainland to Park Point was created only a few years earlier …

"Visualize the $75,000 Natatorium donated to the boat club by Julius Barnes in 1917. It was the largest and most modern swimming facility in Minnesota. The water was heated, filtered and sterilized. You might have watched Duke Kahanamoku set a world record in that pool …"

White body with a wide border decoration of blue clouds, ships and waves. Topmarked with a blue flagpole & D B C burgee with a flying seagull beneath.