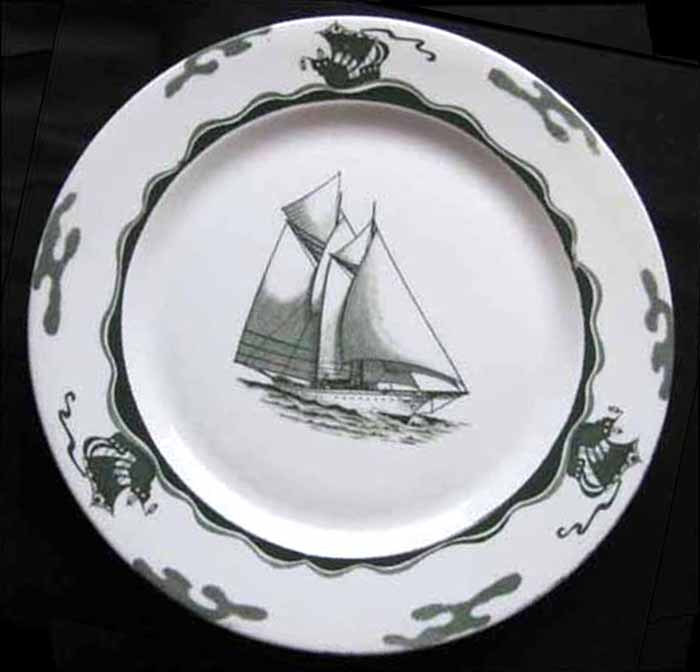 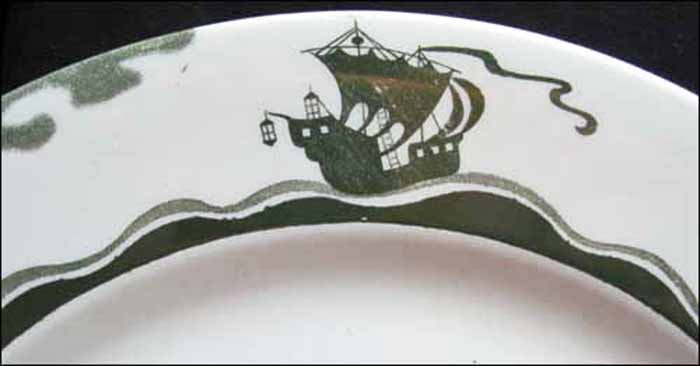 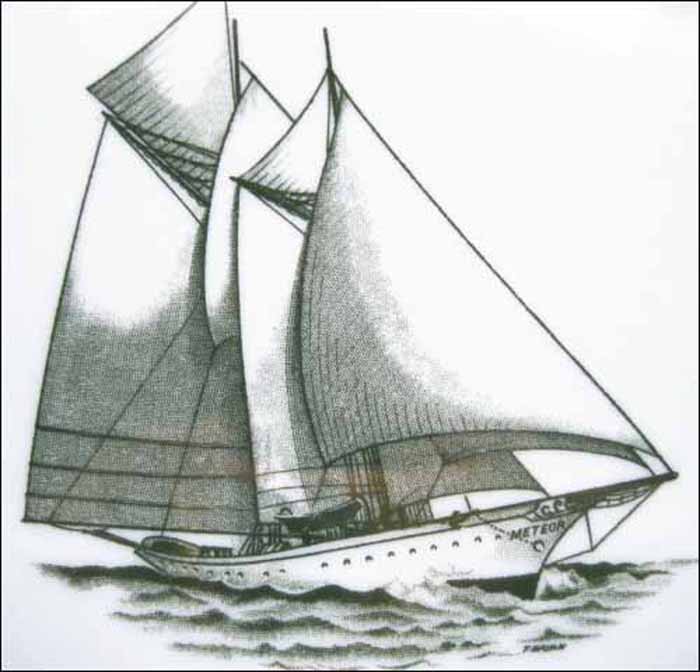 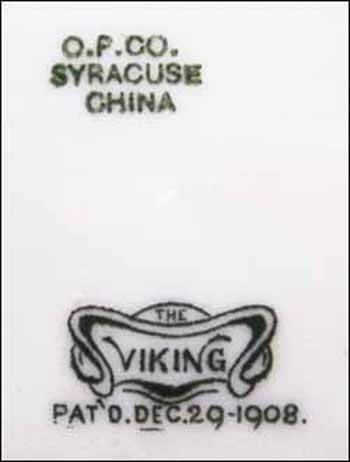 Notes: The original border pattern was designed by Elmer E. Walter, and patented on December 29, 1908. This rim pattern was a stock pattern produced by many manufacturers, including the Maddock Pottery Co. and Scammell China (see related links below).

This plate is customized with an image of the racing yacht Meteor in the well of the plate. The racing yacht Thistle was built 1886-1887. In 1891, the Thistle was sold to Kaiser Wilhelm II. By 1895, the Kaiser owned Meteor II and offered his Meteor I (ex-Thistle) to the German Navy, which then was renamed Comet and sailed as the school yacht. In 1921 the Comet, ex-Meteor I, ex-Thistle was broken up.

White body, 10.25" plate. Airbrushed clouds and waves with galleon type ships on rim with an image of the racing yacht METEOR in the well of the plate. All images are shades of dark green.