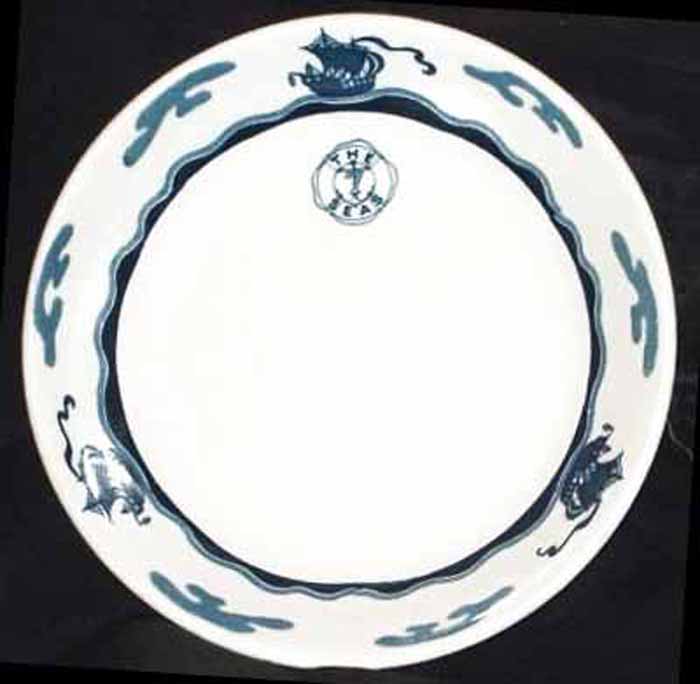 Notes: Jerry Galatis opened The 7 Seas Restaurant in 1913 at the corner of S.E. 1st Avenue and 1st Street in Miami. The restaurant, called "The Pride of Miami," was housed in a sleek Art Deco building. Galatis, along with partner Locke Highleyman, also built the 17-story Meyer-Kiser Bank Building in 1925, now on the National Register of Historic Places.

Located near theaters, the restaurant quickly became the place to dine or have drinks in the Marine Cocktail Lounge, both decorated with mounted fish and nautical paintings. Due to its popularity, a second location was opened in Fort Lauderdale at 215 S. Andrews Avenue. By the late 1950s, both restaurants were closed.

Viking pattern border consisting of a ship, waves and clouds in shades of blue around the rim with The 7 Seas in a life preserver in the well, all on a white body.