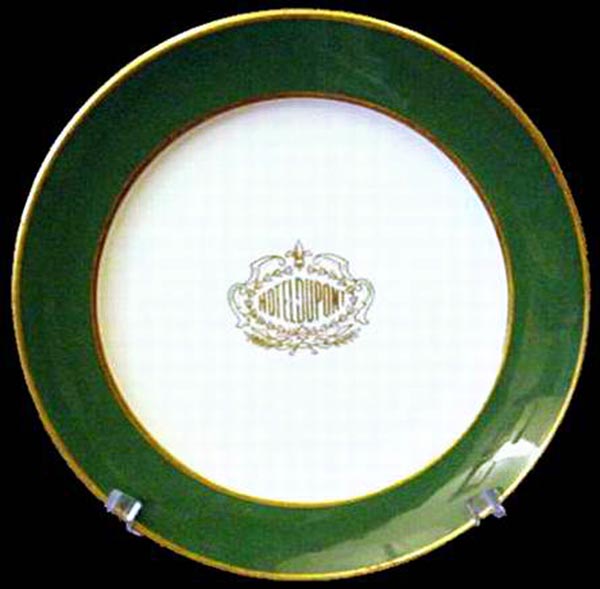 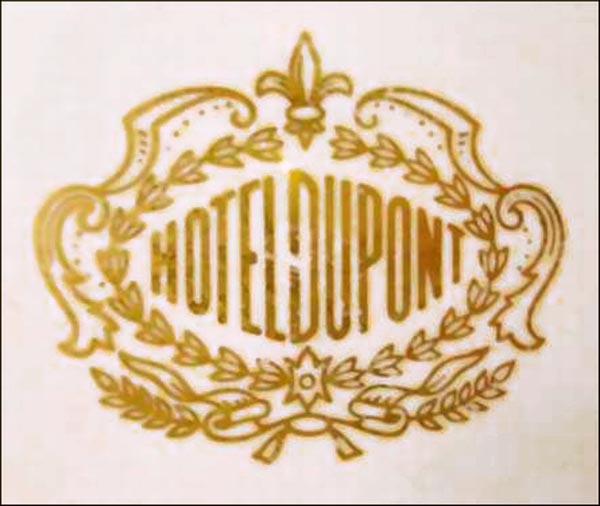 Ivory body, wide green border with gold-coin trim on each side and center insignia Hotel DuPont.