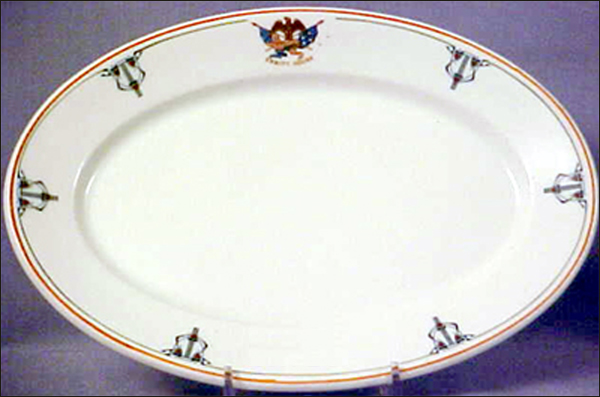 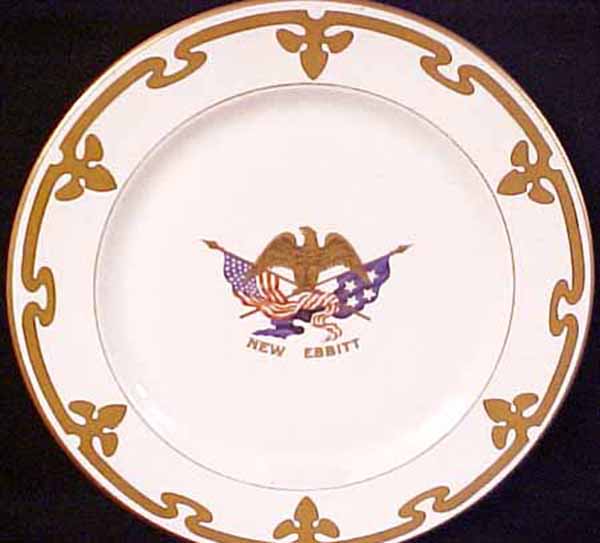 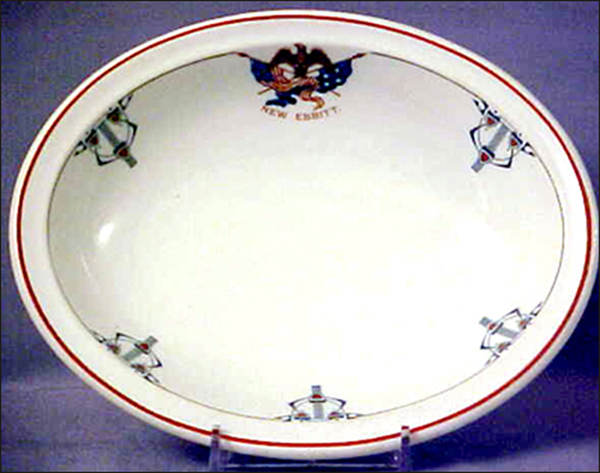 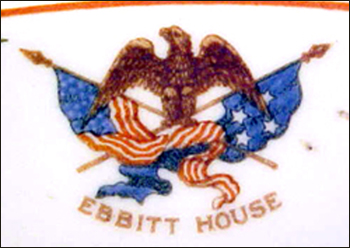 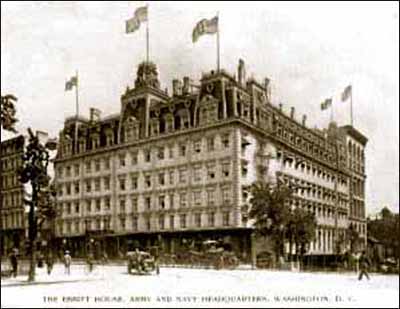 Notes: The Ebbitt Boarding House was established in 1856 by WM Ebbit and consisted of four town houses at "F" & 14th streets, NW, Washington, DC. The original building was demolished in 1872 in order to build the Ebbitt House. Circa 1911, renovations were made to the hotel and it became known as the New Ebbitt House. For years, the hotel was headquarters for the Army and Navy, which would explain the military detail on the china. (See photo below.) By the mid-1920s, the hotel had seen its best days and was sold to the National Press Club for its new headquarters and was razed in 1926. A new 150-room Ebbitt Hotel was built in 1927 at 10th and "H" streets. No information is available for this hotel after 1956.