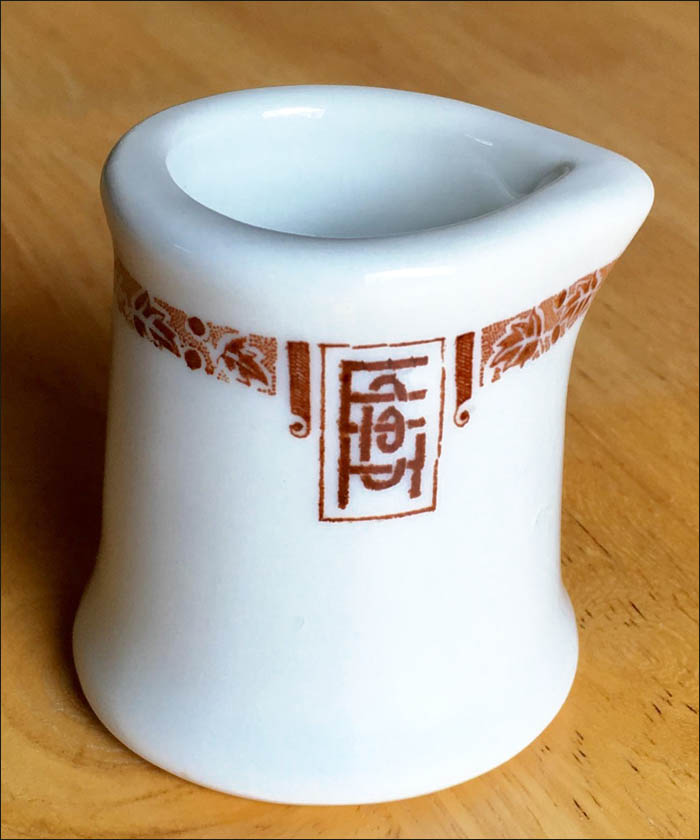 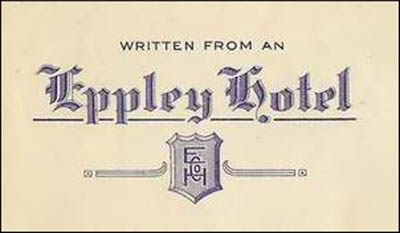 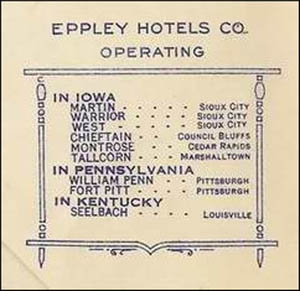 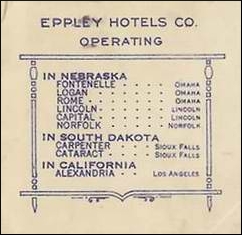 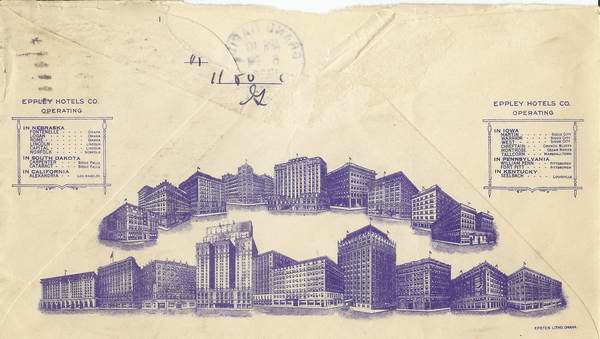 Notes: In September 1917, Eugene (Gene) Chase Eppley established the Eppley Hotel Company in Omaha, Nebraska, and by the mid-1950s, owned the largest privately-held hotel business in the United States. In June 1956, Eppley sold his company – consisting of 22 hotels across six states – to the Sheraton Corporation for $30 million. The Eppley Hotel Co. portfolio included the 18 hotels listed on the stationary envelope shown below, postmarked April 10, 1932.

The son of inn-keepers, Eppley was born in 1884 at the Empire House in Akron, Ohio and passed away in his Hotel Fontenelle suite in 1958. He died at the age of 74, two years after selling his company, willing his fortune to the philanthropic Eugene C. Eppley Foundation.

At the age of 19, Eppley bought his first property, the McKinley Hotel in Canton, Ohio and thereafter devoted a half century to perfecting the hotel industry. Described by author Harl A. Dalstrom as "the lone wolf entrepreneur of the old order," Eppley owned and operated 44 hotels in his life span.

White body with brown/rust/orange band with leaf & dot design in border, rectangular box with initials "EHCO" or "EH CO" in thin overlapping block letters. Shown below with and without the gold rim band border.