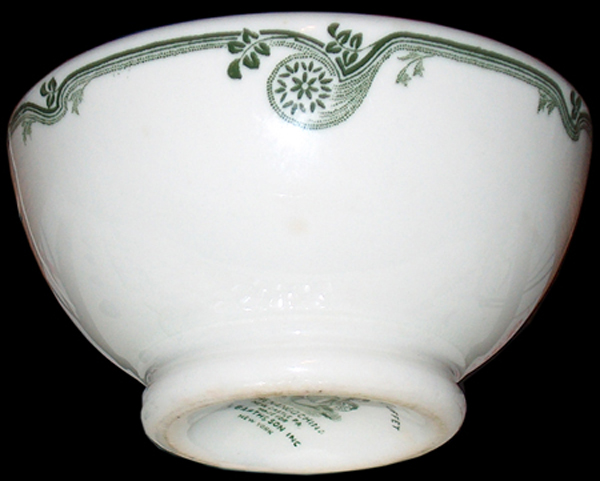 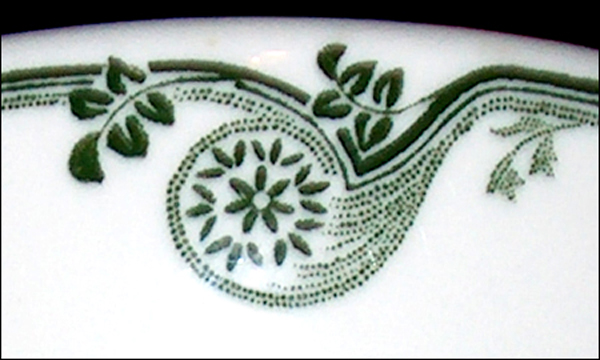 The green-on-white pattern without topmark features a border formed of dark green lines and closely spaced dots interspersed with a paisley swirl of leaves, flowers and dots, all in dark green.