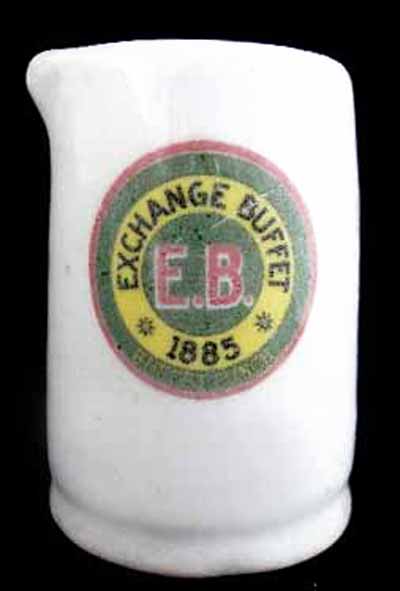 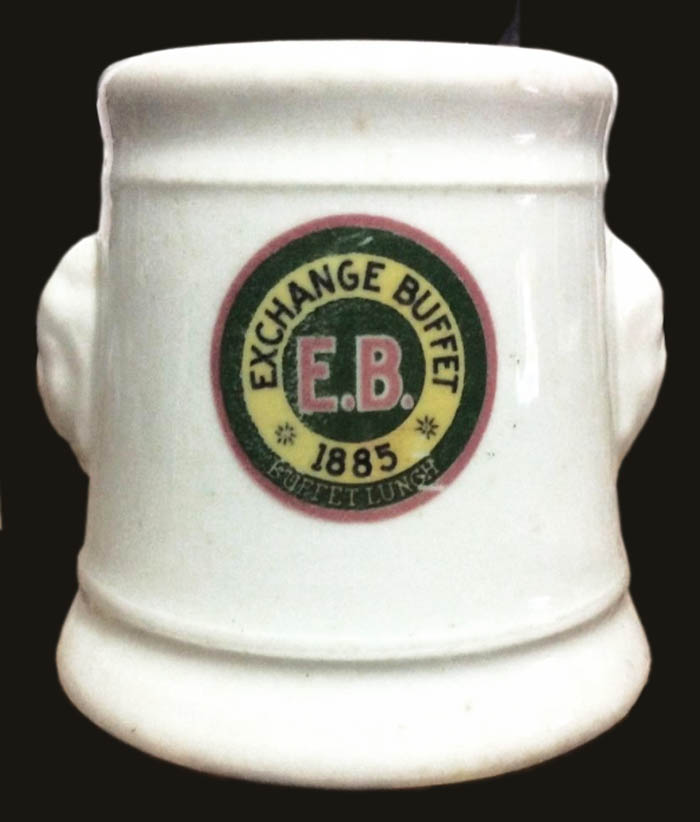 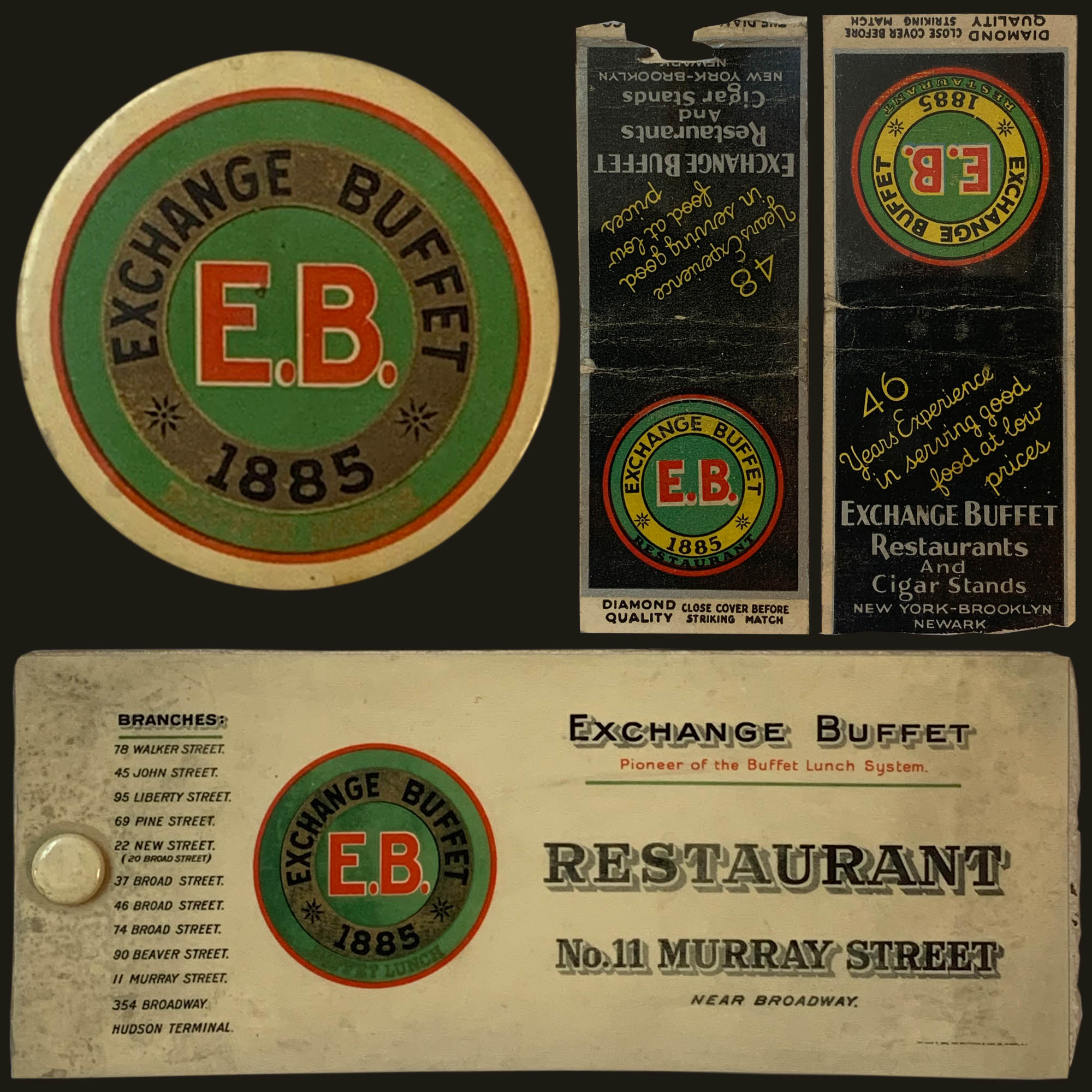 From its inception, the chain's logo was the large EB in a circle; see the photos above with the bullseye design of red, green and yellow. The open sugar has been identified as Shenango but its date is unknown. The creamer, also believed to be Shenango, has no backstamp. However, this pattern is believed to pre-date the 1912 footed bowl with green pattern and no topmark.