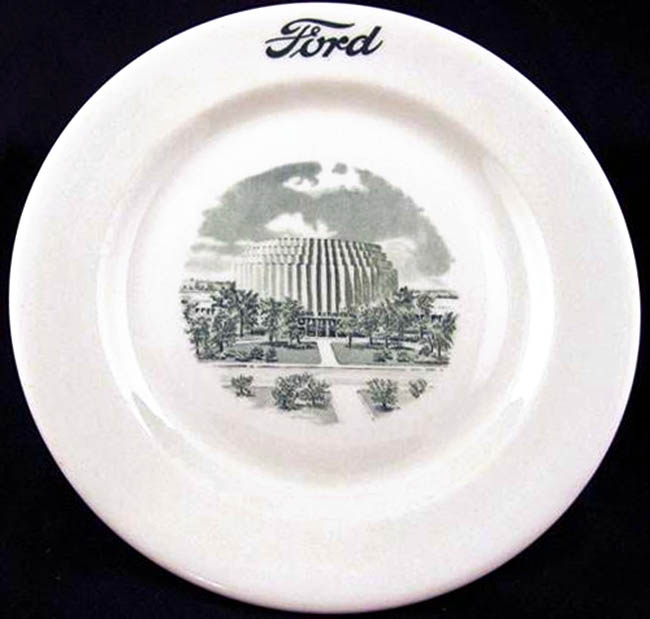 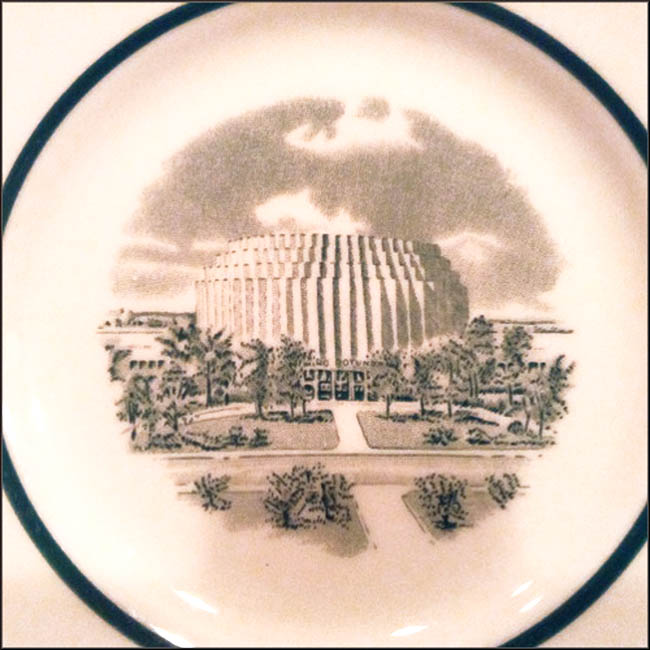 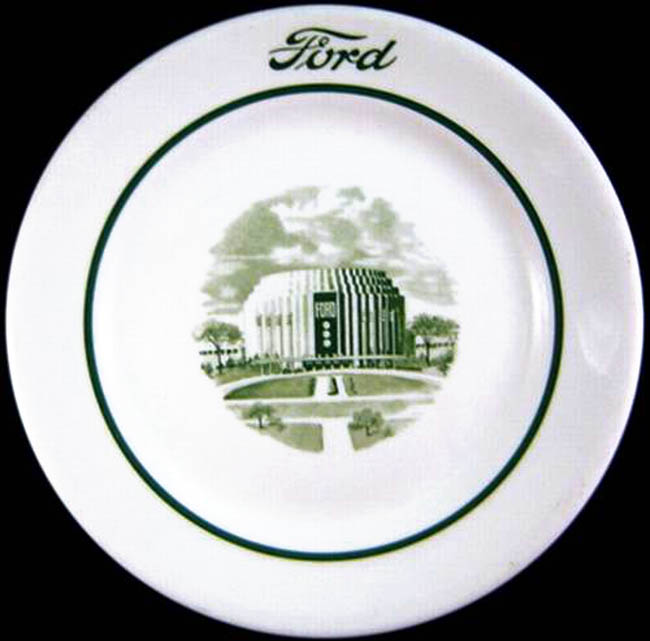 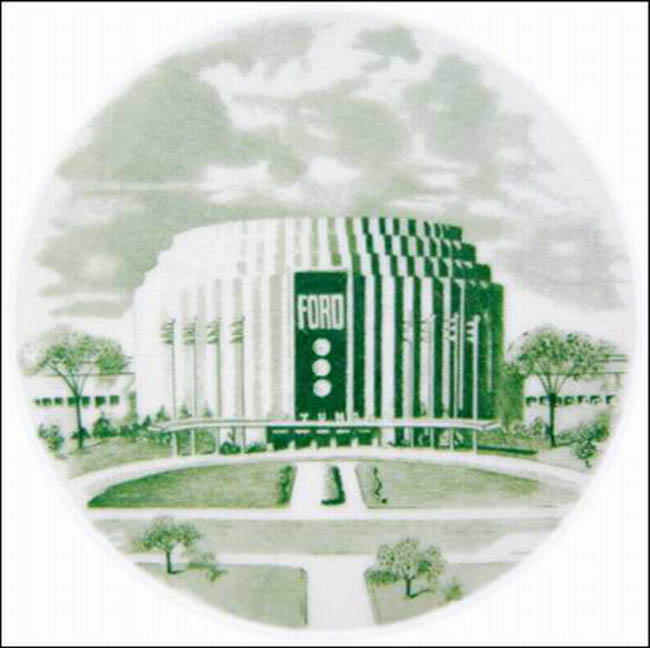 Notes: The Ford Motor Company used this pattern in their company cafeterias and the pattern was used aboard the Ford Fleet of ore carriers in the 1950s and 1960s, and even made its way in use at the Ford Yacht Club, after the Rotunda burned down in 1962.

The pattern depicts the Ford Rotunda, which was originally built for the Chicago Century of Progress Exposition (World's Fair) in 1934. After the fair was over, the Rotunda was dismantled and moved to Dearborn, Mich., where it reopened in 1936 to serve as a showcase for Ford products and as a starting place for public tours of Ford's River Rouge plant.

The Rotunda was closed in 1942 because of World War II, and served as offices for the U.S. Army Air Corps. The building reopened in 1953 to coincide with the 50th Anniversary of the Ford Motor Company. As described by the Detroit News, "A radioactive wand (the tip contained a small amount of radium), said to be symbolic of the arrival of industry at the threshold of the atomic age, turned on golden floodlights and lighted 50 huge birthday candles around the rim of the Rotunda. The wand bombarded a Geiger tube with 44,890,832 gamma ray impulses in 15 seconds. The final impulse (the number signified the number of vehicles produced by Ford since 1903) was said to trigger the electrical system." The center of the Rotunda, formerly an open courtyard, was covered at the time by one of R. Buckminster Fuller's geodesic domes that was the first commercial use of the dome design.

The Rotunda quickly became the fifth most popular tourist destination in the United States, surpassed only by Niagara Falls, the Great Smokey Mountains National Park, the Smithsonian Institution, and the Statue of Liberty. It was particularly well-known for its spectacular Christmas displays. On November 9, 1962, workers repairing the Rotunda's roof started a fire which spread and eventually led to the complete structural collapse of the building. Ford chose not to rebuild the Rotunda and instead focus its efforts on a pavilion for the 1964 New York World's Fair where the Mustang automobile was to be introduced.

The Rotunda's design was meant to simulate a stack of gears when viewed from the air. At eleven stories in height, it had been the largest exhibit building at the 1934 Chicago fair.

Many people mistakenly identify these pieces as having been from the 1933 Chicago Century of Progress Exposition. Date codes and backstamps aside, the Rotunda itself wasn't built at the fair until 1934, and the "FORD" letters clearly visible on the front of the building depicted in the china pattern weren't added until the 1950s and weren't present in Chicago.