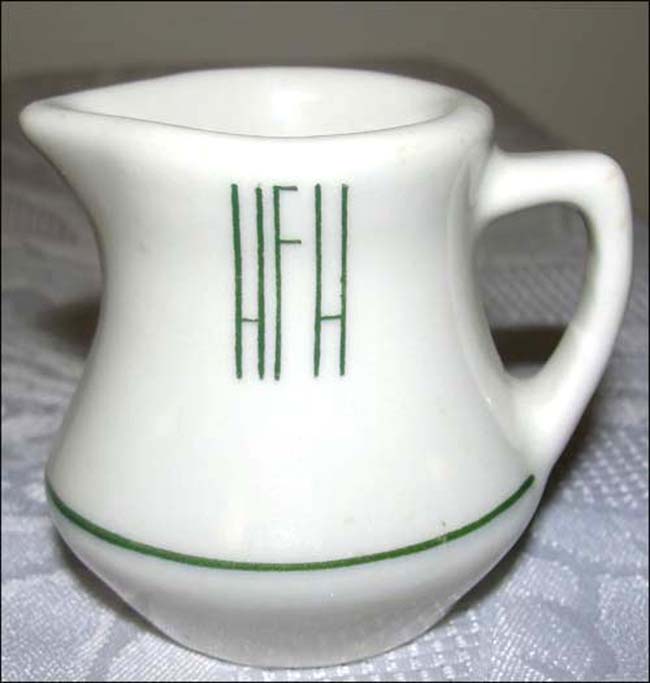 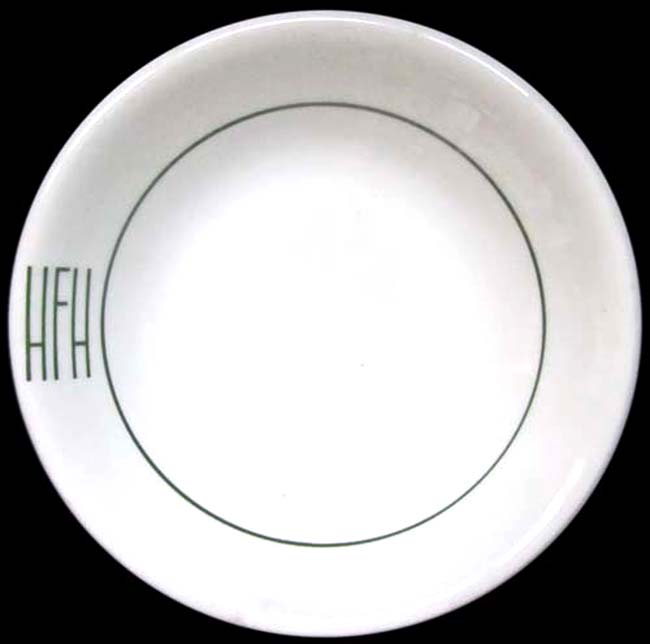 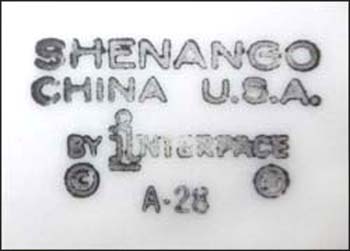 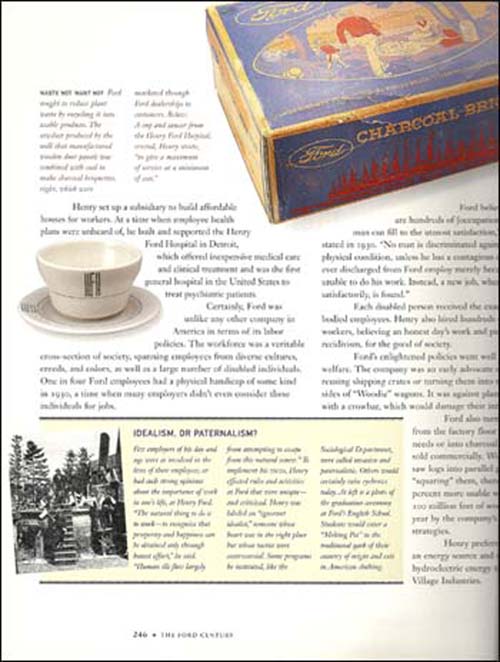 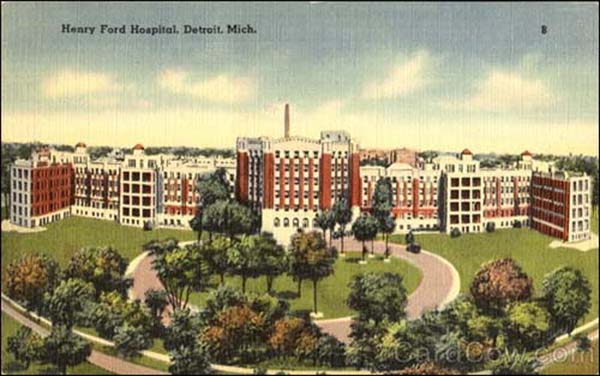 Notes: From the Wikipedia, the Henry Ford Hospital, in 2012 the flagship for the Henry Ford Health System in Detroit, Mich., opened in 1915 at 2799 W. Grand Blvd., in Detroit. It was "financed and built by automotive pioneer Henry Ford, who organized a closed staff of physicians and surgeons."

Over the hospital's almost 100-year history, it has claimed many firsts in research, treatment and practices. Among them, "because of founder Henry Ford's concern that tobacco is unhealthy, the hospital [was] one of the first hospitals in the U.S. to institute a total ban on smoking."

This logo with its tall, slender letters is one of three HFH logos that are occasionally attributed – sometimes incorrectly – to Henry Ford Hospital. The ID is based on information provided by historian Larry Paul and its inclusion in Russ Banham's book, "The Ford Century, Ford Motor Company and the Innovations that Shaped the World," published in 2002. (The low-resolution scan below is from page 246.)

The other confusing logos are shown at the bottom of this page. One has been confirmed to be from Hotel Fort Hayes, located in Columbus, Ohio (Fort Hayes Hotel). There is no known china with this logo.

Examples of the other logo attributed to Henry Ford Hospital were made by Carr China and Syracuse China. It has an HFH logo inside a diamond and is reminiscent of a logo known to have been used by the hospital's School of Nursing.

In addition to Shenango, other known manufacturers of china with these distinctive tall, green, sans serif letters are Sterling China and Iroquois China.