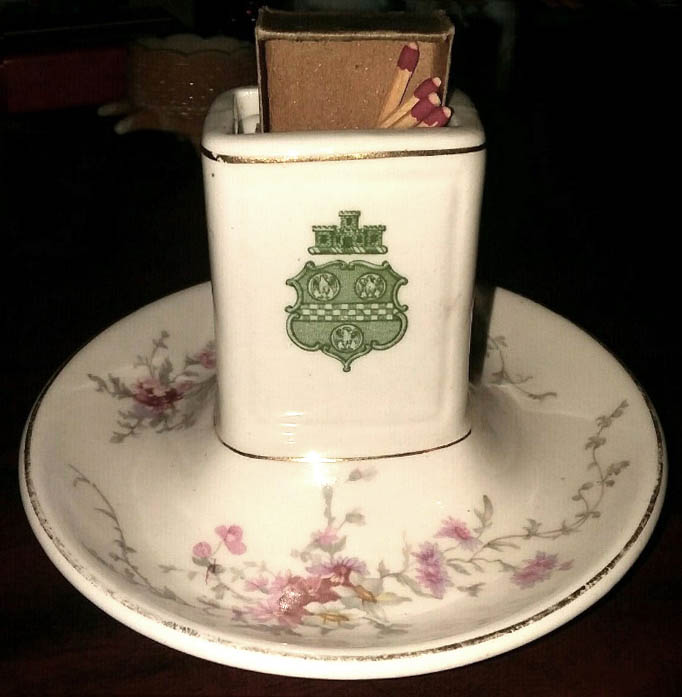 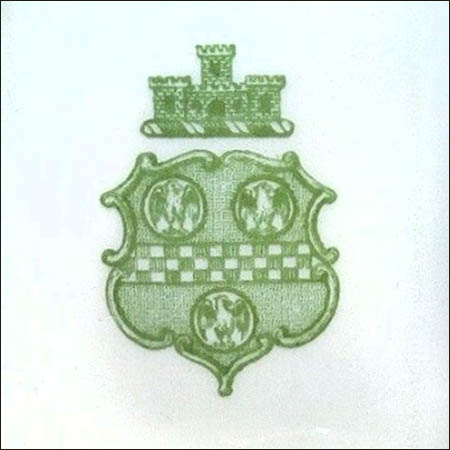 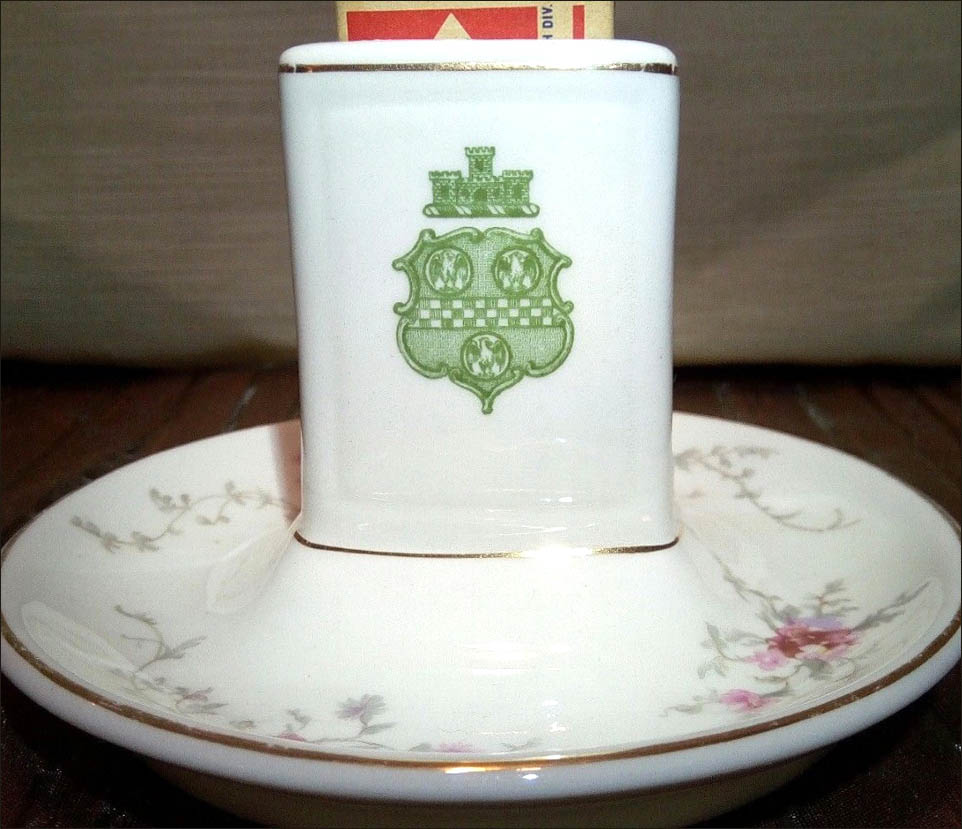 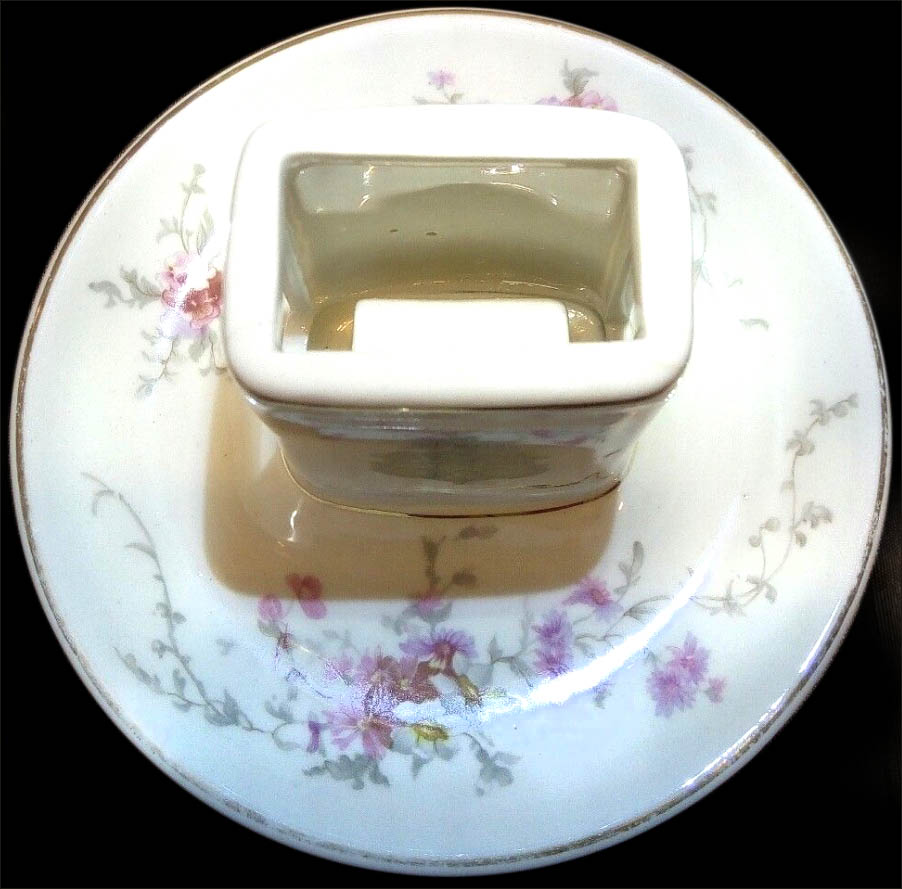 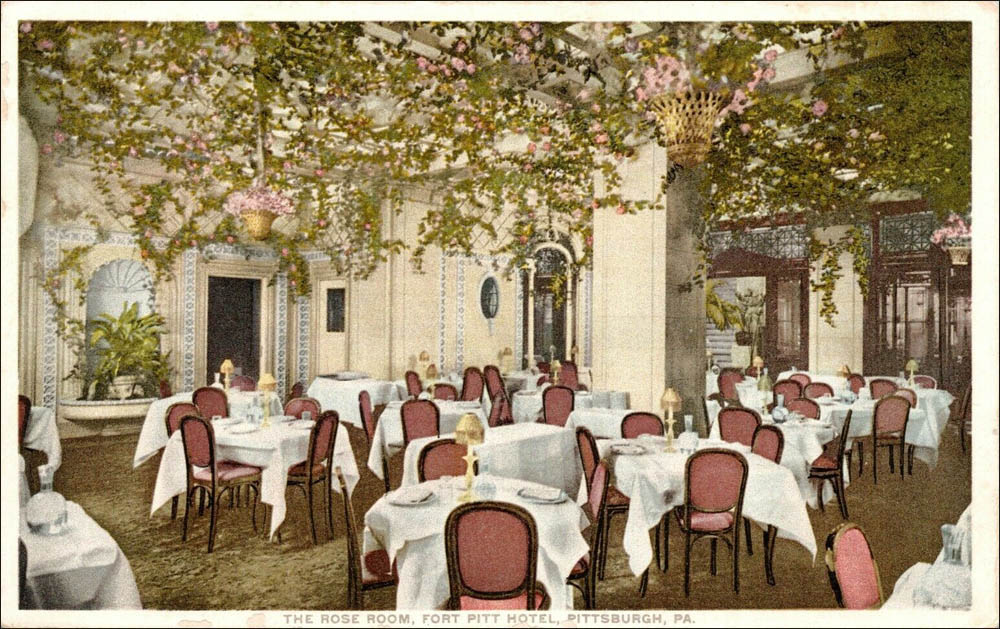 Notes: The Fort Pitt Hotel, on the corner of Penn Avenue and 10th Street in Pittsburgh, opened in 1909. When it opened it contained 400 guest bedrooms. Additions in 1912 and 1915 brought the room count up to 800 rooms, 500 of them with private baths. There were several dining venues, including the Vine Room and the Rose Room, as well as a ballroom.

In 1928, the Fort Pitt became one of the hotels in the Eppley Hotels Company chain. Eppley had its own china pattern, so the original china services may have been replaced around this time. In 1942, the Fort Pitt was operated by Lebis Hotel Management Company. It is listed in the 1958 Hotel Red Book as a Lebis Hotel. It is not listed in 1959. It was still operating in May 1966, when Penn-Central Railroad announced that it had acquired the land and planned to demolish the hotel. The Fort Pitt was razed in 1967 as part of the Penn Park redevelopment project.

A china service decorated with overglaze pink and green decal sprays and crested with a green decal shield and castle was made by Maddock Pottery for the Fort Pitt. This china has a coin gold rim line. The only know surviving example of this pattern is a match holder/ashtray. Exactly where in the hotel this pattern was used is not known. This may have been part of a service that included dining room items, or it may have been for bedroom service. One possibility is the Rose Room.

Source:
Historic Pittsburgh.org – History and photo of the hotel being demolished