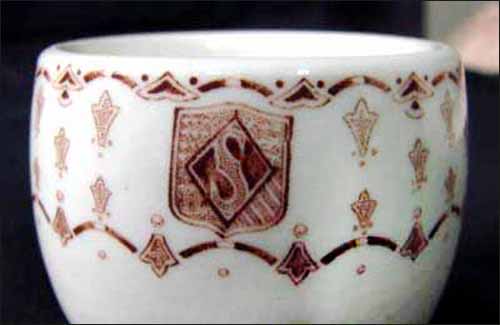 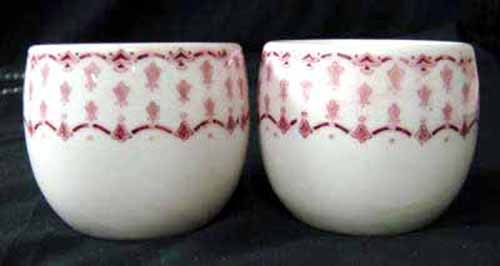 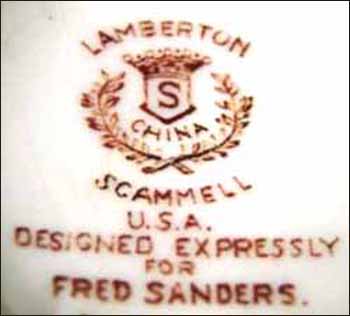 Notes: From the Fred Sanders – now Sanders – website: "Sanders was first opened by Fred Sanders June 17, 1875 and started with a single retail shop in Downtown Detroit. Over the years the company concentrated on expanding its retail stores and eventually built up to over 57 stores in the Metropolitan Detroit area. These stores not only sold candy, fudge toppings, and baked goods, but also had fountain counters serving light lunches, as well as an assortment of desserts including the popular Ice Cream Sodas, Sundaes and Hot Fudge Cream Puffs."

Lamberton China body with a an ornamental border design, customized with the letter S within a shield.

For related info:
President Hotel by Scammell for the same stock pattern, customized by the use of the letter S within a shield and a backstamp.