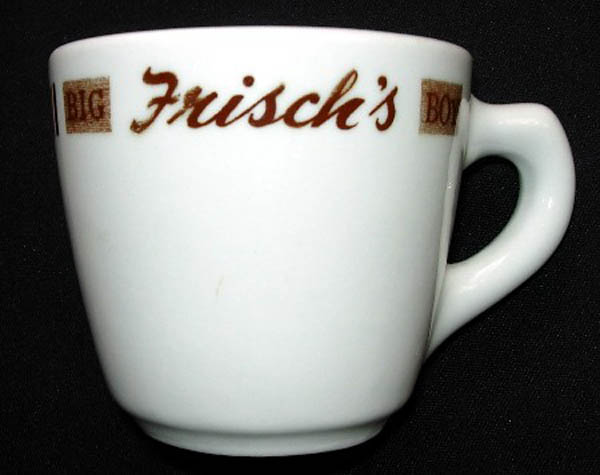 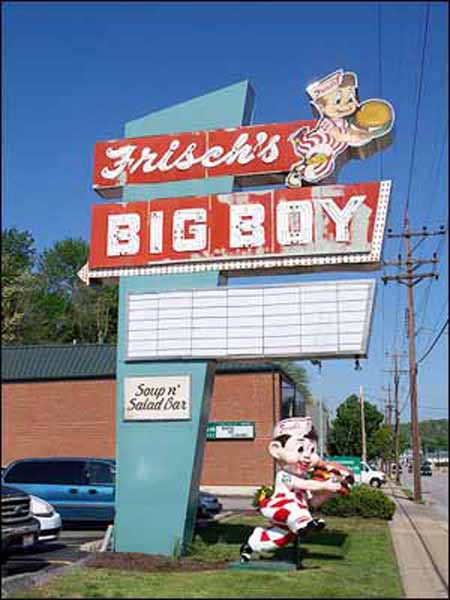 White body with brown and orange vertical lines. Frisch's in brown script with the words "Big" and "Boy" on either side in boxes.