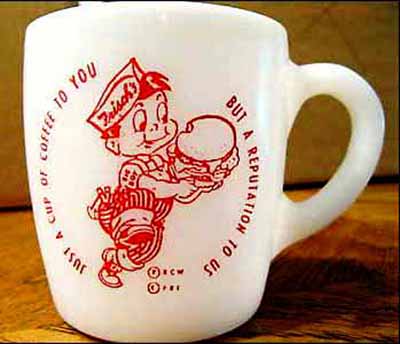 White milk Pyrex body with Frish's Big Boy image in red, with "JUST A CUP OF COFFEE TO YOU" on the left and "BUT A REPUTATION TO US" on the right.