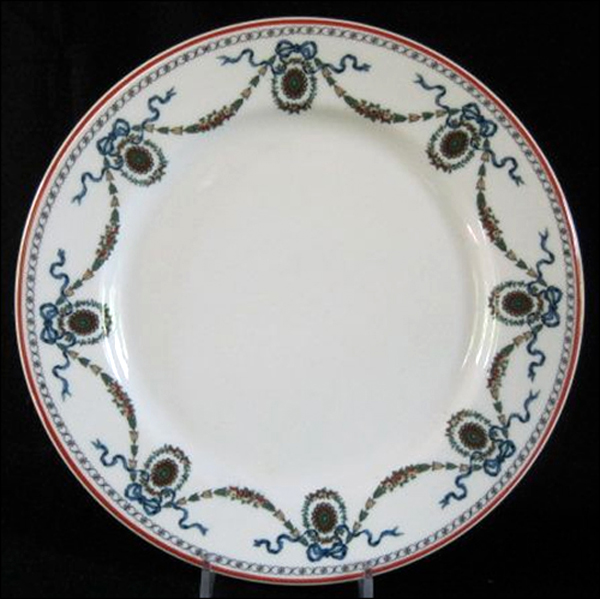 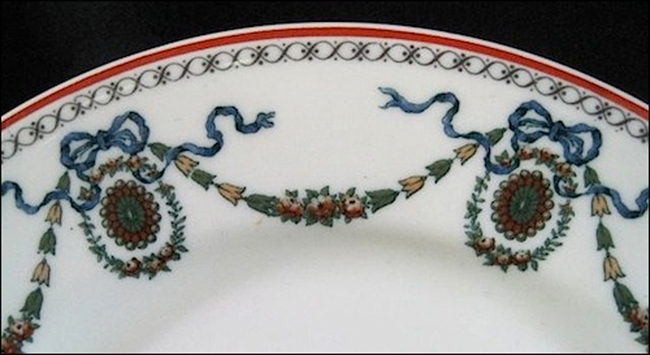 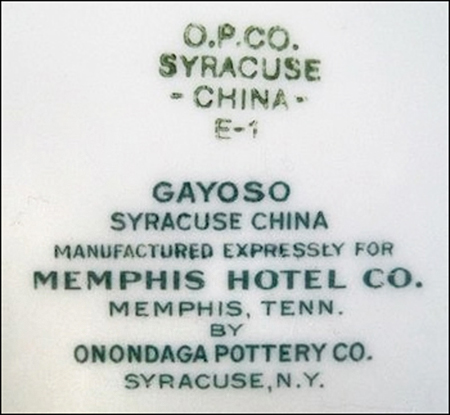 As alluded to on the back of the plate, according to Larry Paul's Hotel Database, the Memphis Hotel Company was the hotel's owner/operator from approximately 1923 to 1942.

The white plate has a red line, a band of circles, swags of bell flowers connected by blue bows and ovals of multi-colored flowers, all located on its rim.

ID and photos provided by dbstoneware