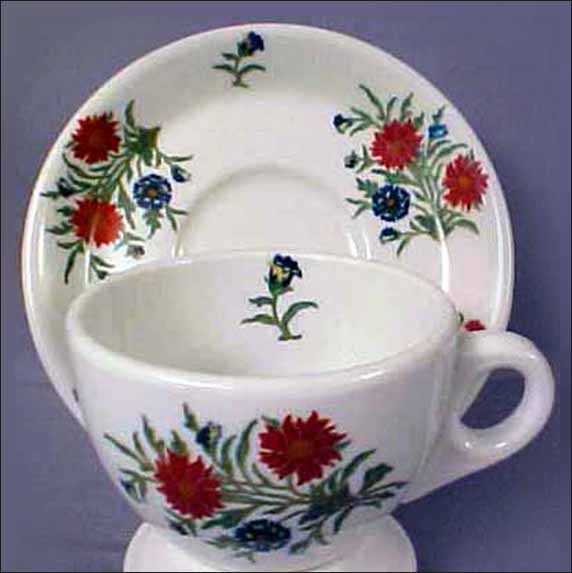 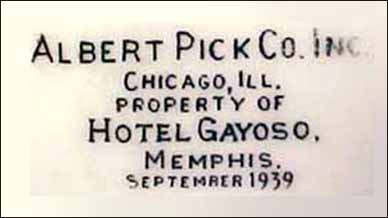 White body with sprays of dark red and blue flowers with green-leafed stems.  A backstamp for this pattern found in 2007 (but not shown) is the same as the one above but also includes "McNicol China" underneath the same date, hence our ability to identify this pattern as made by McNicol.