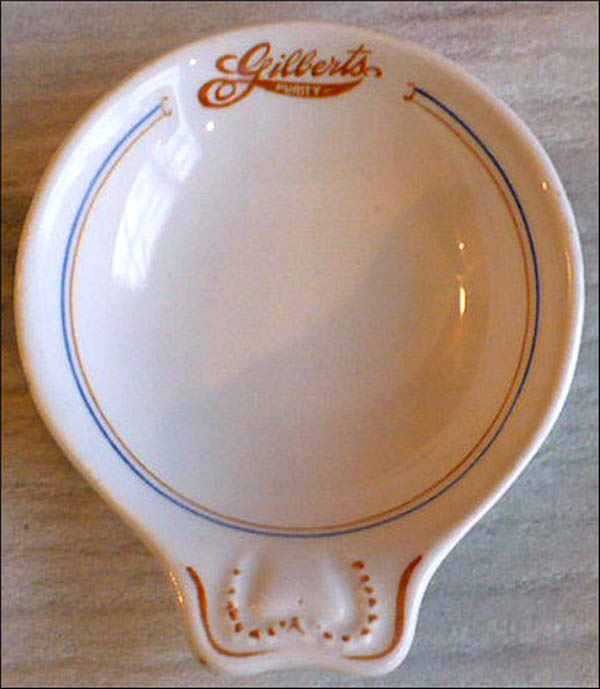 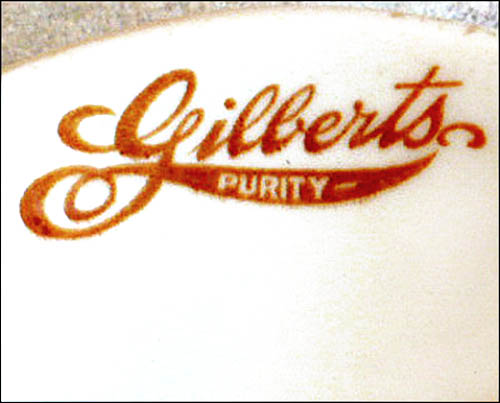 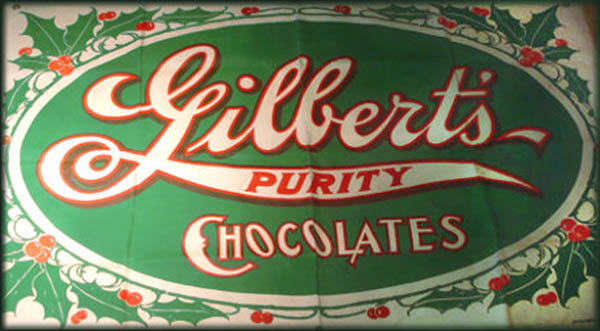 The business expanded, and according to mlive.com, by 1904, "Gilbert acquired a coveted retail spot in the Otsego Hotel, at Main and Francis streets."

By 1913, he had built a modern two-story candy making factory and eventually added a larger store. Gilbert also worked with Hershey Chocolate on a line of dark chocolate flavors for the Michigan company.

By "1917, he closed his two retail stores and opened a store and restaurant at 134 W. Michigan Ave. that included a cafeteria that served lunch and dinner."

The company has changed hands several times over the years, yet still has a factory and retail store.

White ice cream shell with blue and golden brown pin line borders ending in curliques and golden brown ornamental accents on the base of the shell. Topmarked Gilbert's in golden brown script with the word "PURITY" in a banner beneath extending from the first script letter.