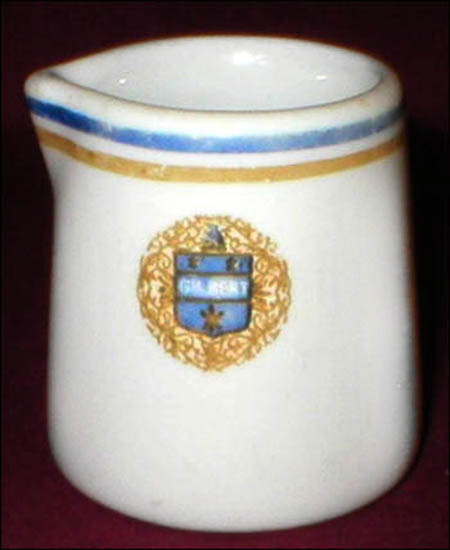 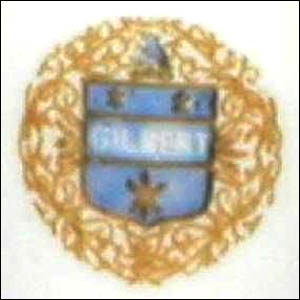 The business expanded, and according to mlive.com, by 1904, "Gilbert acquired a coveted retail spot in the Otsego Hotel, at Main and Francis streets."

By 1913, he had built a modern two-story candy making factory and eventually added a larger store. Gilbert also worked with Hershey Chocolate on a line of dark chocolate flavors for the Michigan company.

By "1917, he closed his two retail stores and opened a store and restaurant at 134 W. Michigan Ave. that included a cafeteria that served lunch and dinner."

The company has changed hands several times over the years, yet still has a factory and retail store.

This ID is based on a matchbook with nearly the same crest, in blue and gold and with GILBERT in all caps in white. The crest on the creamer appears to have a bluebird.