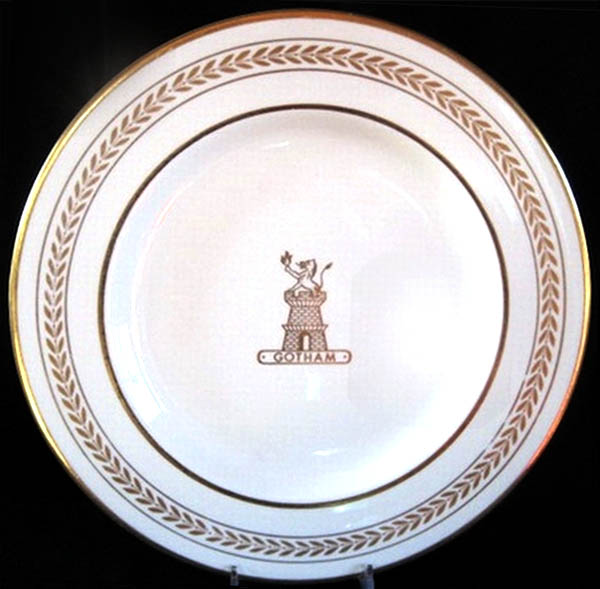 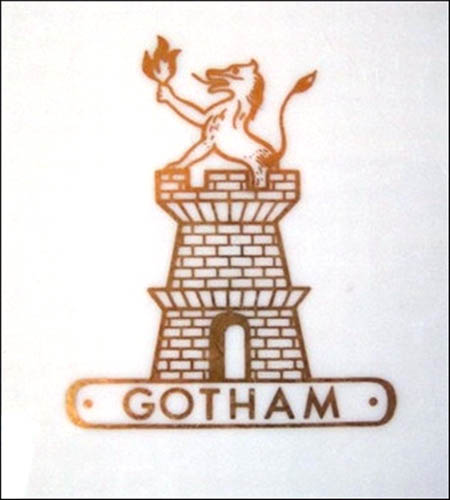 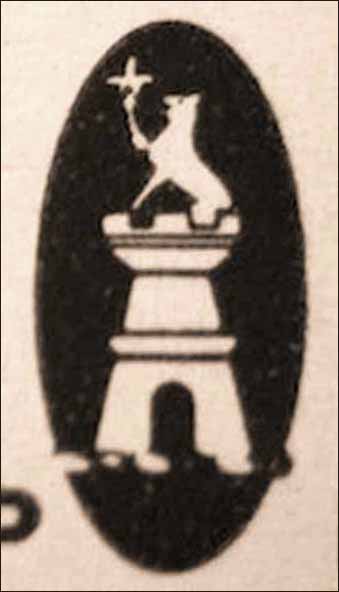 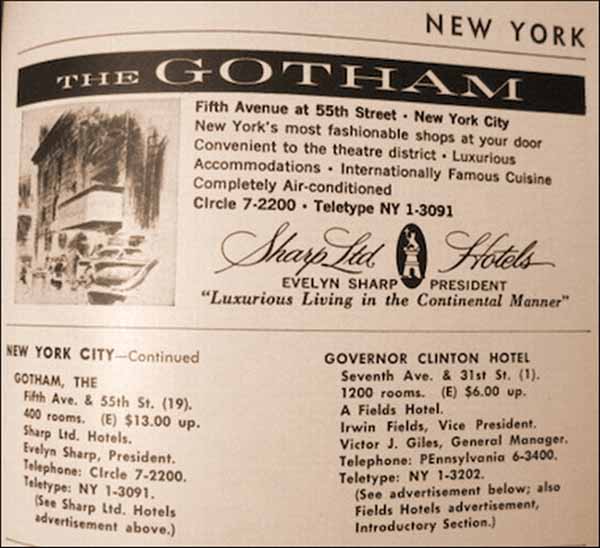 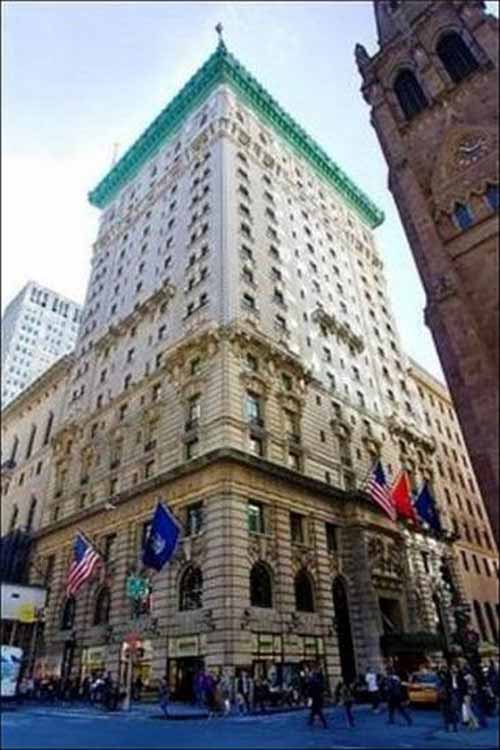 Notes: The 19-story Gotham Hotel, located on Fifth Avenue and 55th Street in New York City, across from the St. Regis Hotel, opened Oct. 2, 1905. It went bankrupt a few years later and was bought and remodeled by Metropolitan Life Insurance Co. in the 1930s.

Since it first opened, this landmark New York City property has undergone several renovations and changes of ownership. It was a part of the Kirkeby Hotel chain; and later, in the late 1950s and early 1960s, the hotel was part of the Sharp Ltd Hotels chain, owned and operated by Evelyn Sharp.

In 1979, it was purchased by Rene Hatt, a Swiss hotel owner, and he started a lengthy series of renovations, including the addition of a rooftop pool and fitness center. It was intended to be reopened as a Nova-Park Hotel, but that plan failed, and it reopened instead in 1987 as the Hotel Maxim's de Paris — a branch of the Paris restaurant Maxim's.

When that failed, the hotel was sold again and opened as The Peninsula Hotel in 1998, after $45 million in renovations.

The service plate has an all gold decoration, including the lines of gold on rim and verge, the band of laurel leaves (surrounded by lines as well), and the central logo: a brick tower with rampant lion and the word GOTHAM below.