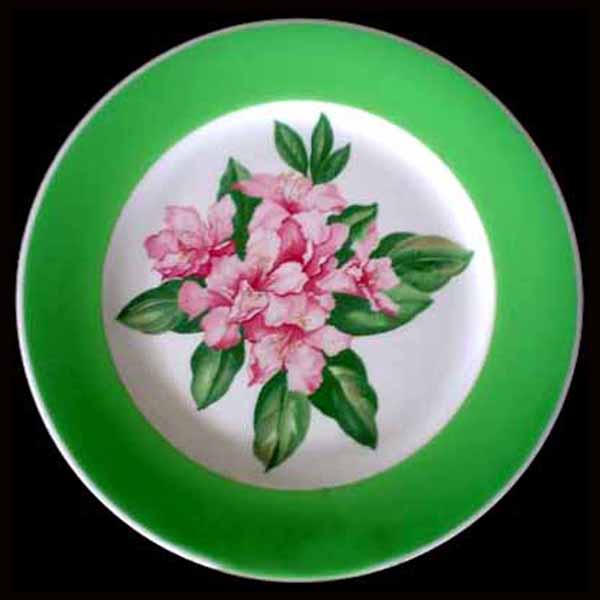 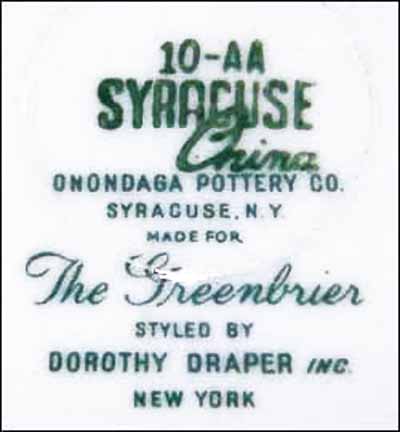 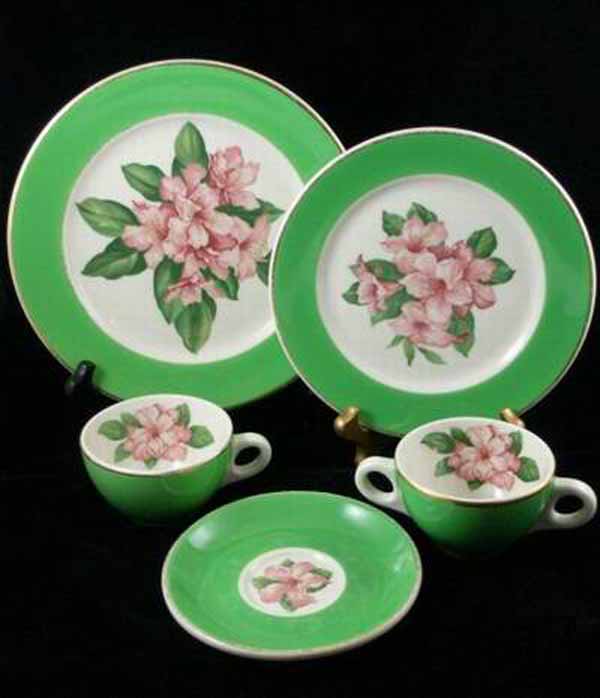 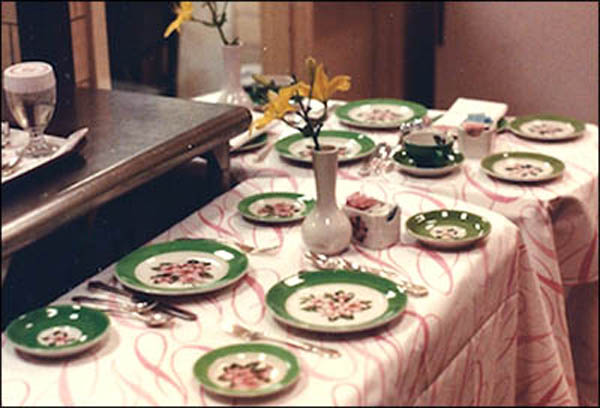 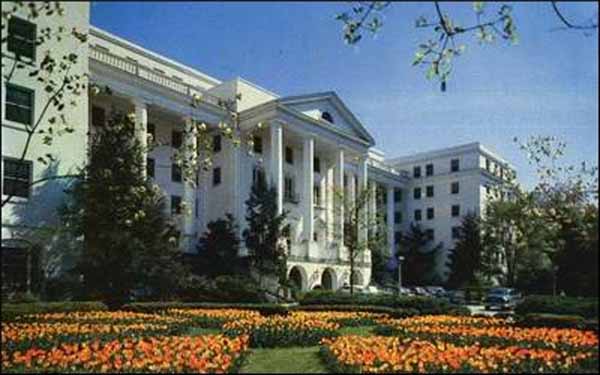 Notes: Owned at one time by the Chesapeake and Ohio Railway, the Greenbrier is located in the Allegheny Mountain Range next to the Virginia border in White Sulphur Springs, W.V. The C & O had its own private car tracks directly in front of the hotel for office cars and private cars of the era.

The Greenbrier resort, still in operation, is a National Historic Landmark, built in 1778. To give an idea of its size, it boasts of 10 lobbies among its 721 rooms. Click here for the hotel website.

The green-band rhododendron pattern celebrating West Virginia's state flower was designed by Dorothy Draper, and the plate shown is one of several similar incarnations. This pattern was made by several manufacturers including Mayer, Shenango and Homer Laughlin.