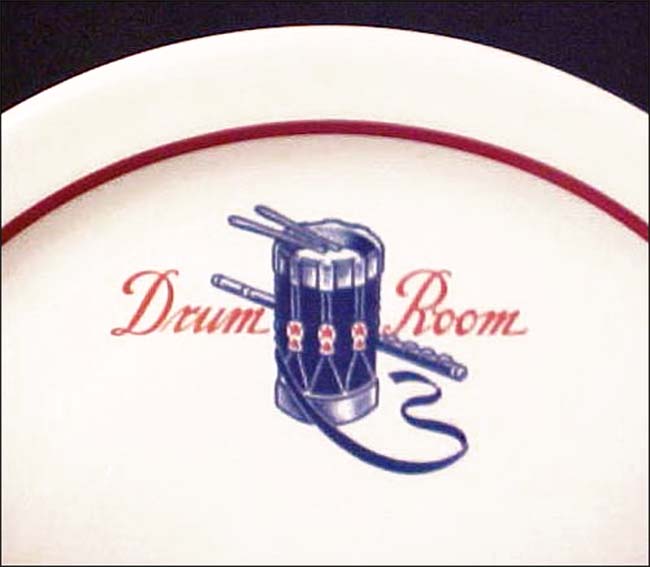 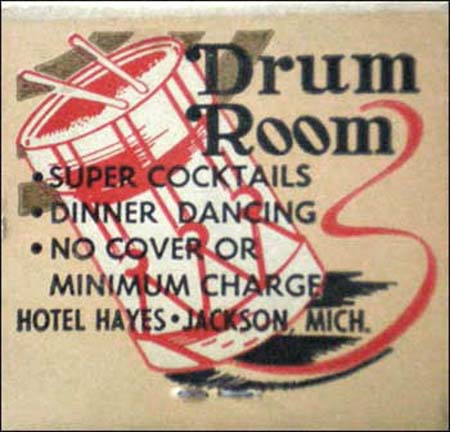 Notes: The Georgian Revival hotel in Jackson, MI was built in 1926 by H.G. Christman Builders and named after industrialist C.B. Hayes. When it ceased to be a hotel, Consumers Energy used the building for office space. In 2006, the building was vacant, owned by the city of Jackson and under consideration for redevelopment.

The plain white plate has a red line on the verge and a drum in blue (and behind the drum a flute), with the words in script, Drum Room.