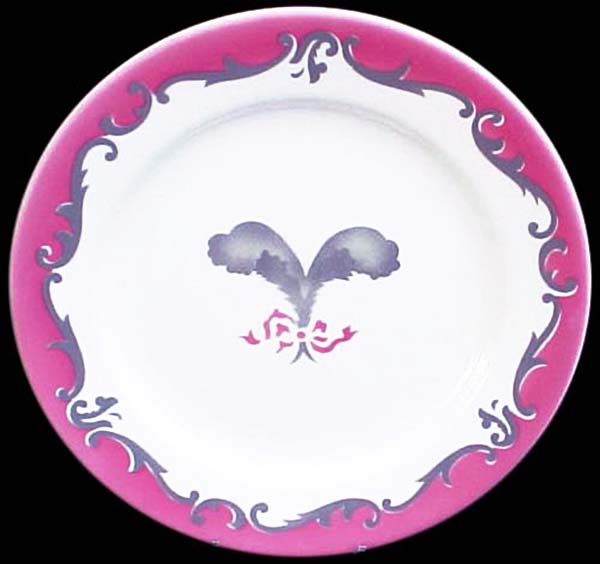 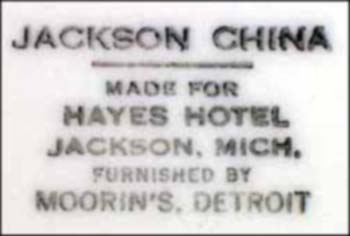 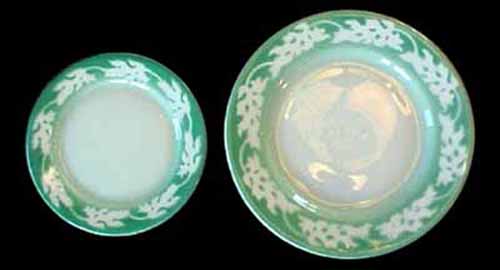 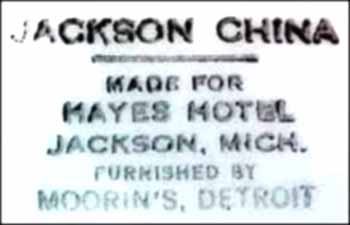 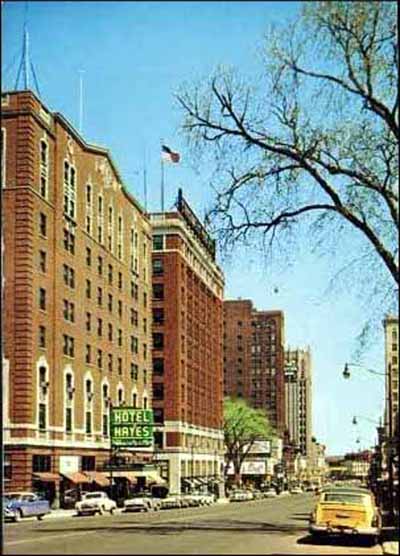 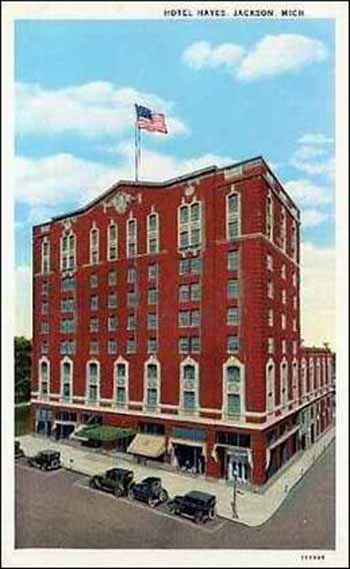 Notes: The Georgian Revival hotel in Jackson, MI was built in 1926 by H.G. Christman Builders and named after industrialist C.B. Hayes. When it ceased to be a hotel, Consumers Energy used the building for office space. In 2006, the building was vacant, owned by the city of Jackson and under consideration for redevelopment.

A second pattern (probably stock), which is similar to the Syracuse China Oakleigh pattern, has emerged for the Hotel Hayes. This second Hotel Hayes pattern appears below in green, as made by Jackson China. Note that the backstamp for this pattern is the same as for the first pattern. It may be a different pattern used within the 1930s-1950s date range or used in a different venue at the hotel?