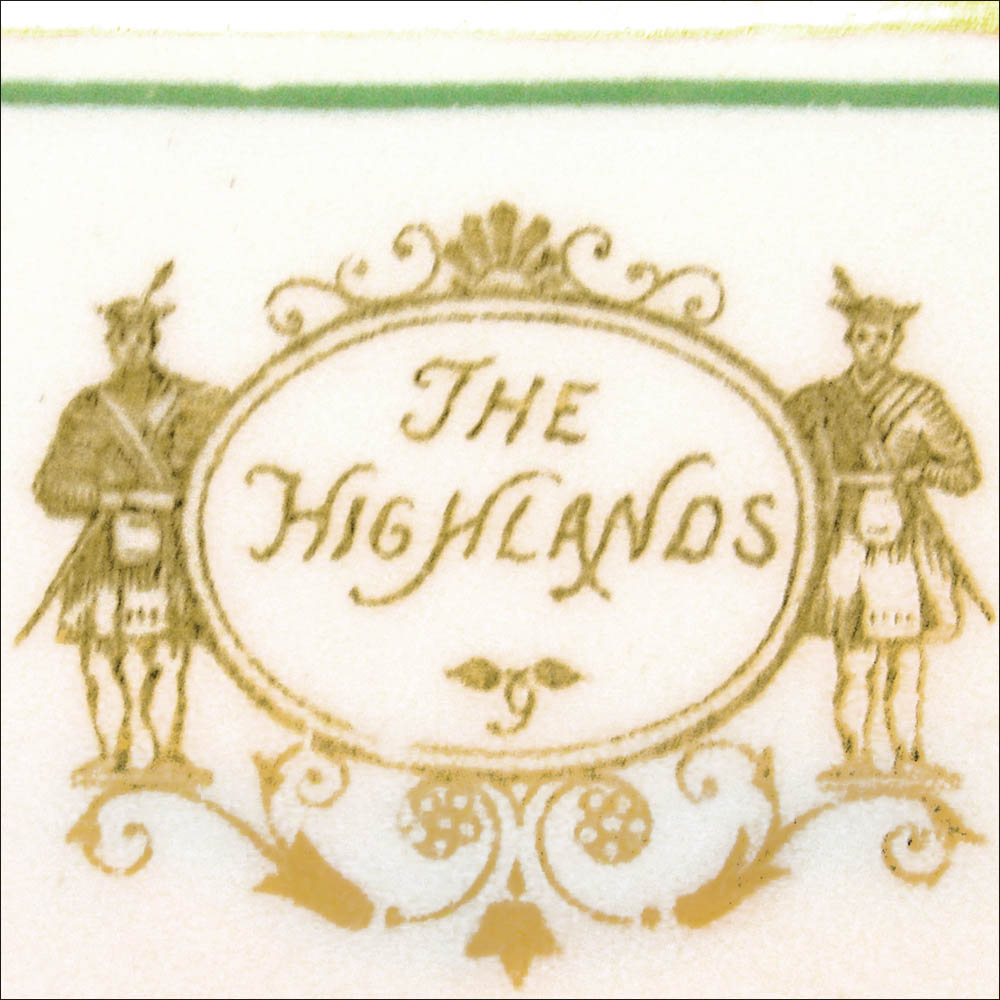 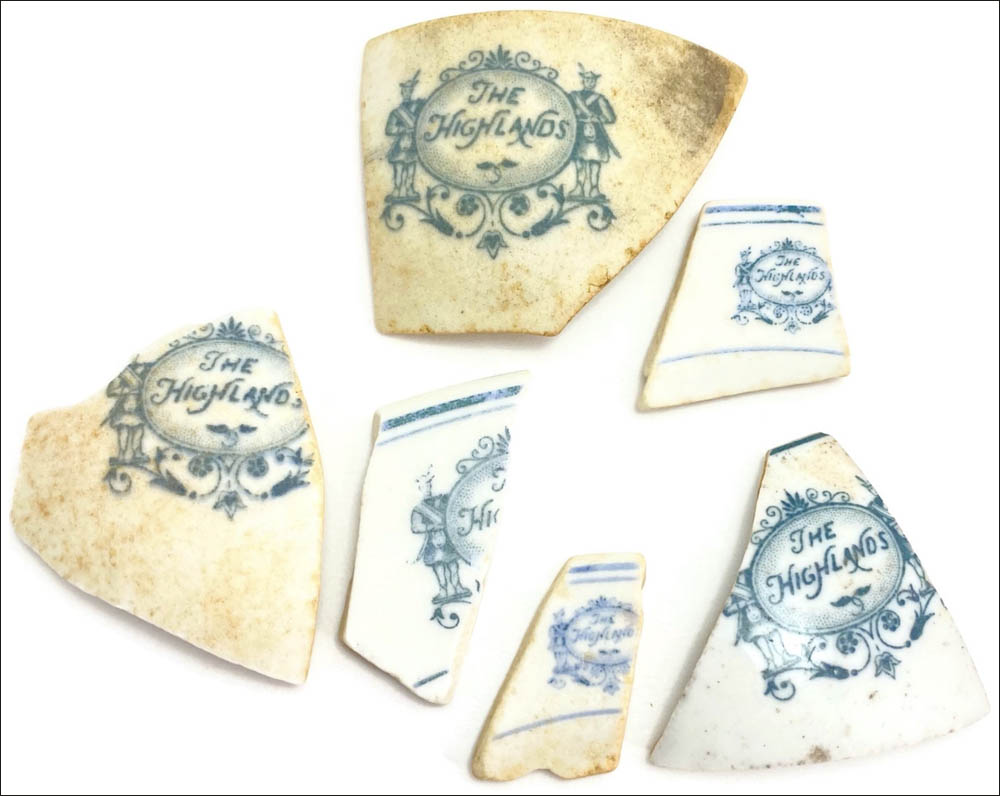 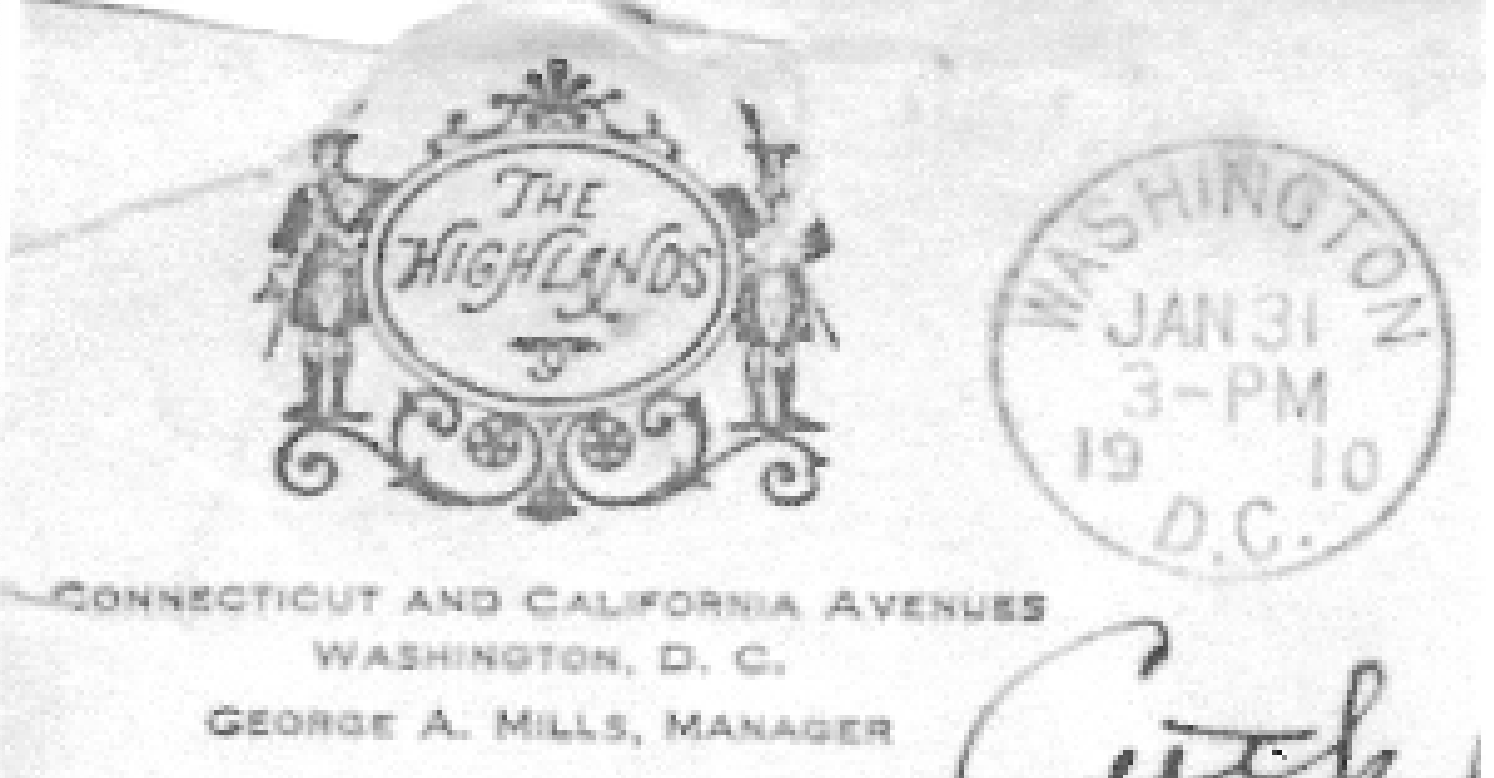 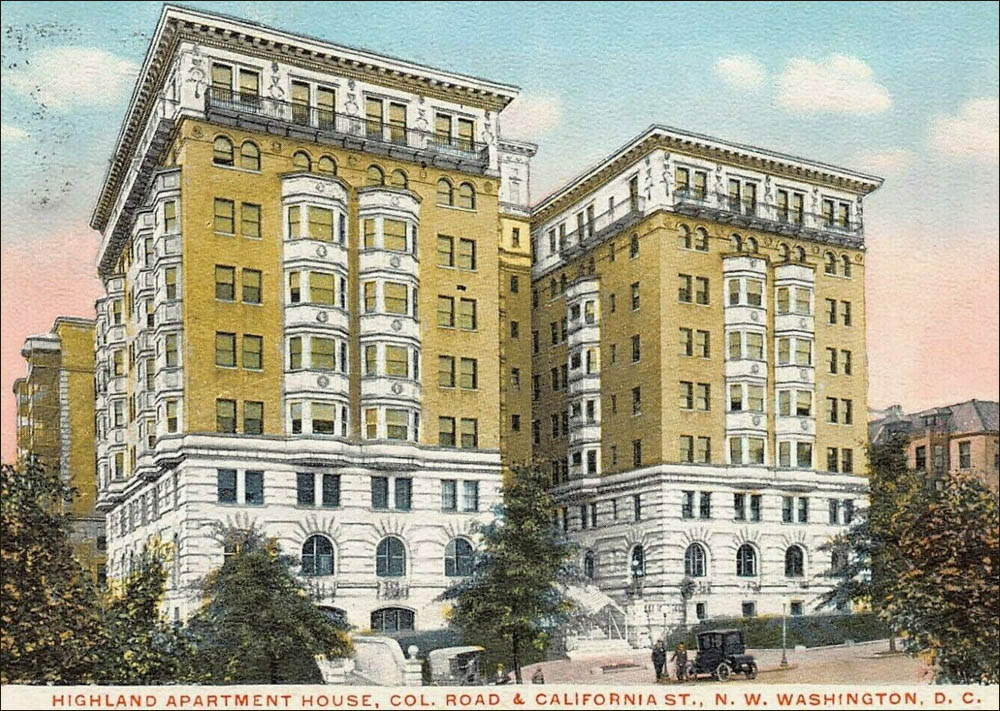 Notes:  The eight-story Highlands, at the corner of Connecticut Avenue and California Street in Washington, D.C., opened October 1, 1903. It operated as an apartment building with 69 apartments. Only 17 of these apartments contained kitchens because most tenants chose to eat in the building's first floor dining room. There was also a ballroom.

In 1955, The Highlands was gutted and rebuilt into 104 efficiency and 40 one-bedroom units.

Maddock produced the Lamberton China used in The Highlands dining room and ballroom. The coin gold crest is almost identical to the crest used by The Highland Hotel in Springfield, Massachusetts. "Highlands" is in the same lettering style, but is in a straight line, with "S" added. The flanking Scotsmen are almost identical and there are only minor variations to the scroll work. Which logo came first is unknown, but it appears on a 1910 postmarked envelope. Coin gold and light green rim lines complete this pattern.  A 1904 Syracuse China Company sample plate contains this crest, which indicates that Syracuse was also a maker of this crested china. Shards from a circa 1920s Potomac River dumpsite contain green transfer examples of this crested china.