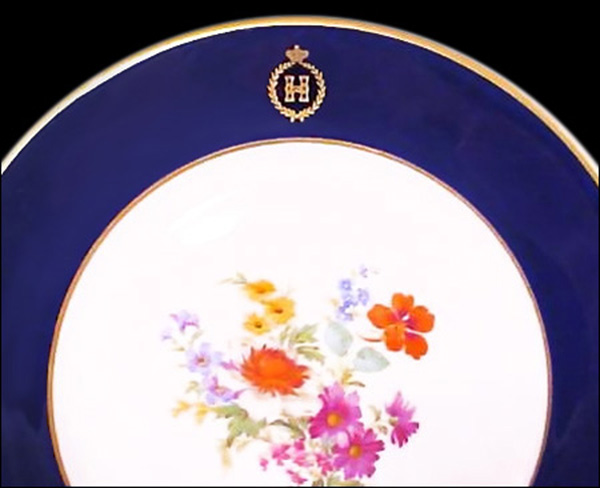 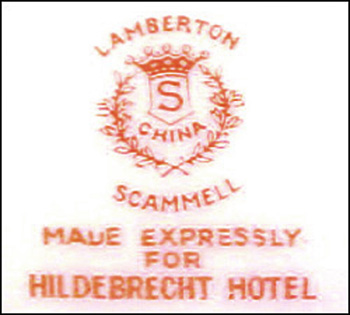 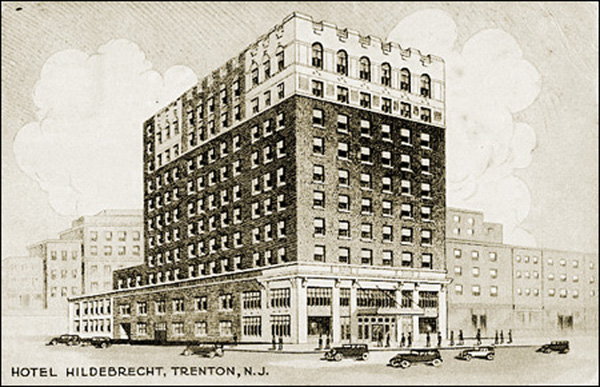 Notes: Built by Charles G. Hildebrecht, the 10-story, 225-room hotel was located at West State & Chancery Streets in Trenton, NJ. Opening in July 1929, the new hotel never had a chance, with the onset of the depression just a few months later, and went into receivership. By 1962 it was part of American Hotels Corporation; and then became a residential hotel. The hotel closed in 1980, the building was boarded up, and demolished in 1984. 33 West State Street now occupies the site.

Lamberton China white body. Gold bands on the rim with cobalt blue in between; and a multicolored floral design in the well of the plate. Topmarked in gold within the cobalt blue band by the Hildebrecht Hotel logo — the letter "H" ensconced between laurel leaves, beneath a crown.