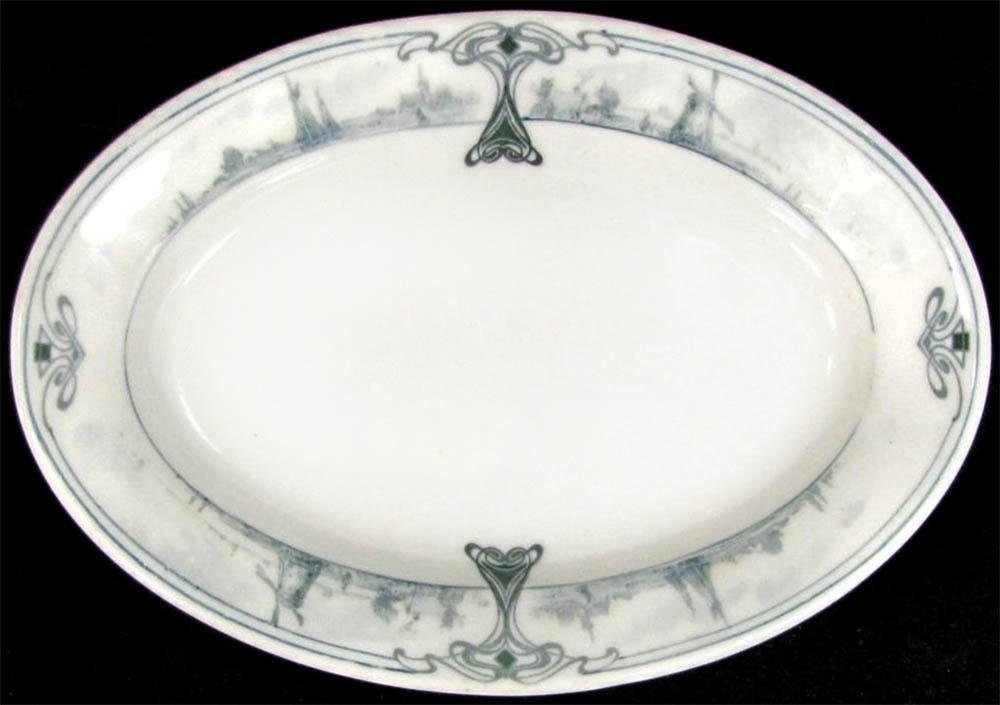 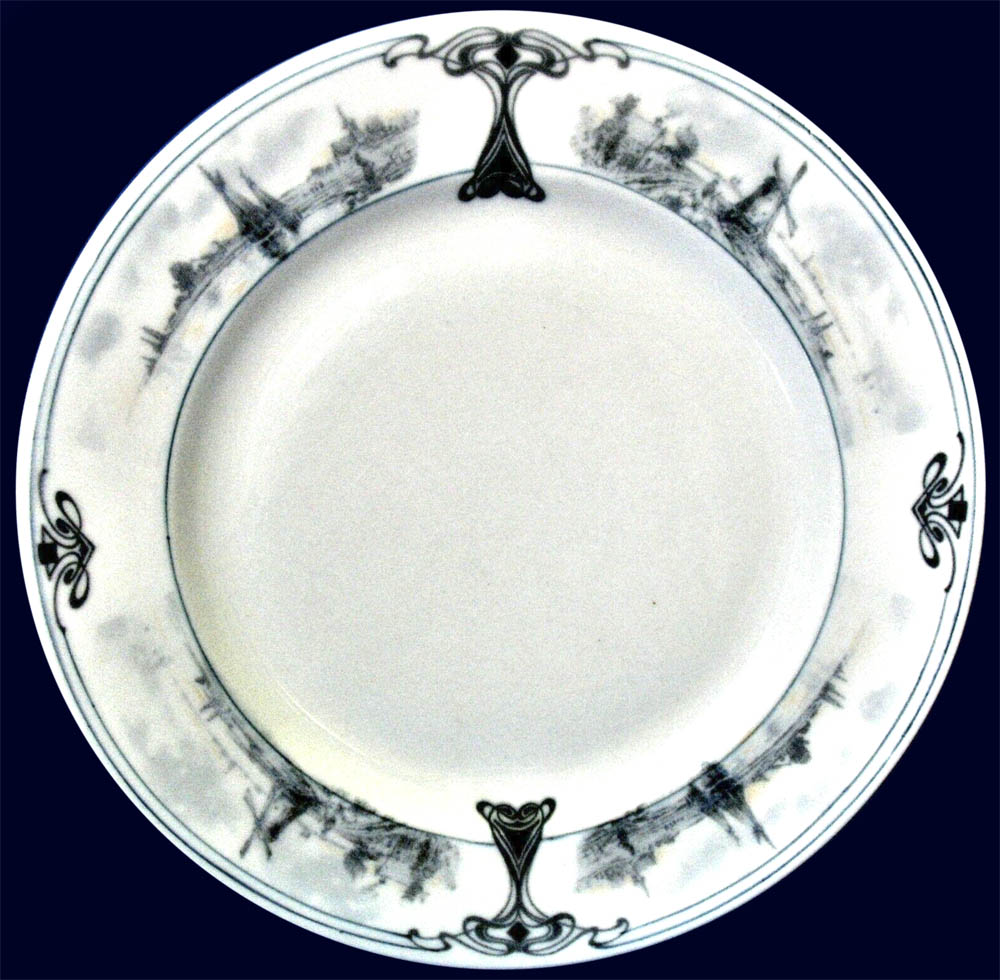 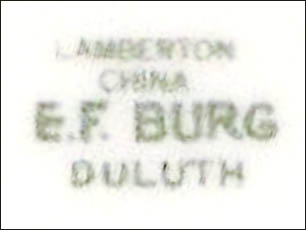 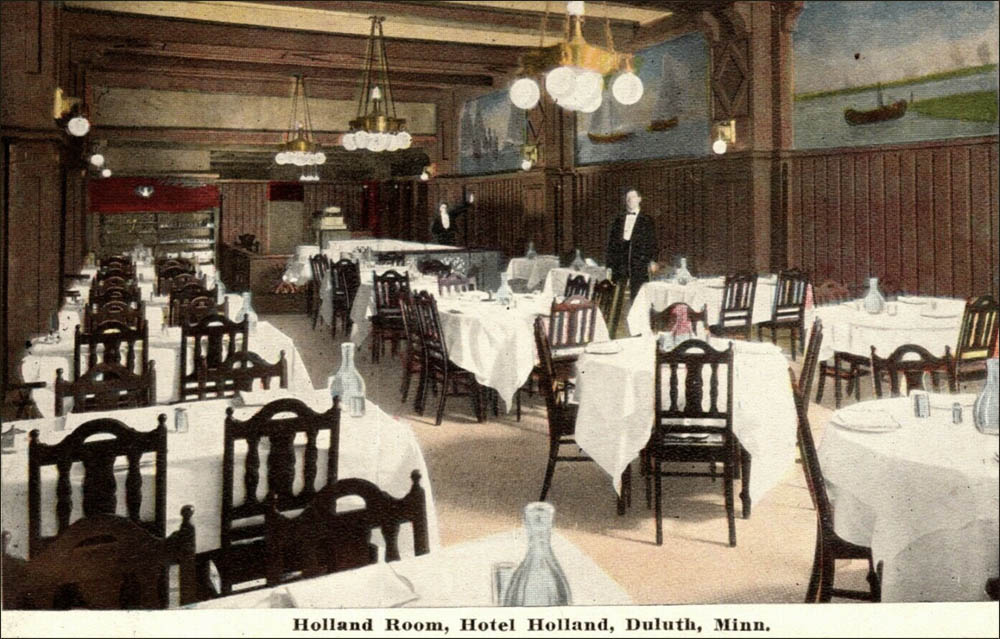 Holland Room at the Hotel Holland 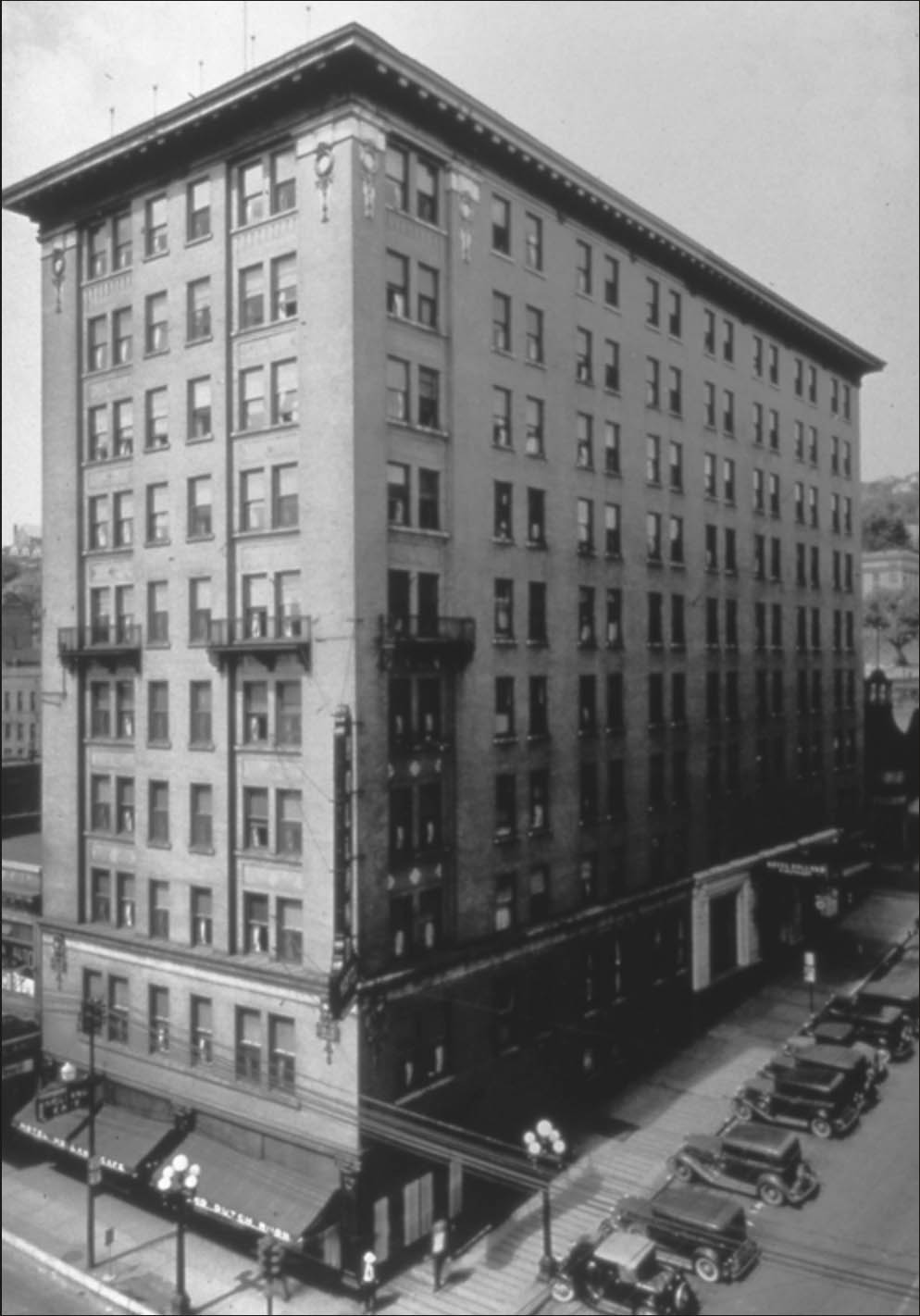 Notes: The Hotel Holland, on the corner of Fifth Avenue and Superior Street in Duluth, Minnesota, opened June 17, 1910. When it opened it was six stories, with 150 rooms and 75 private baths. It did so well that on February 15, 1912, a four-story addition, with 100 rooms and baths, was opened. It advertised "Three Cosmopolitan Cafes." One of the dining venues was the Holland Room with nautical scenic murals above the paneled wainscoting.

In 1920, the Holland was sold to the Newcomb Hotel Company. It closed in 1961 and was demolished around 1965 as part of the Gateway Urban Renewal Project. The circular Radisson Hotel was built on the site in 1970.

Maddock produced at least two patterns for the Holland. The second know pattern contains a series of nautical scenes that include a Dutch windmill. The scenes are separated by Art Nouveau-style ornaments. E. F. Burg was the distributor. Other examples of the scenic border have been found with Albert Pick as supplier, which suggests that the pattern was sold to other customers.