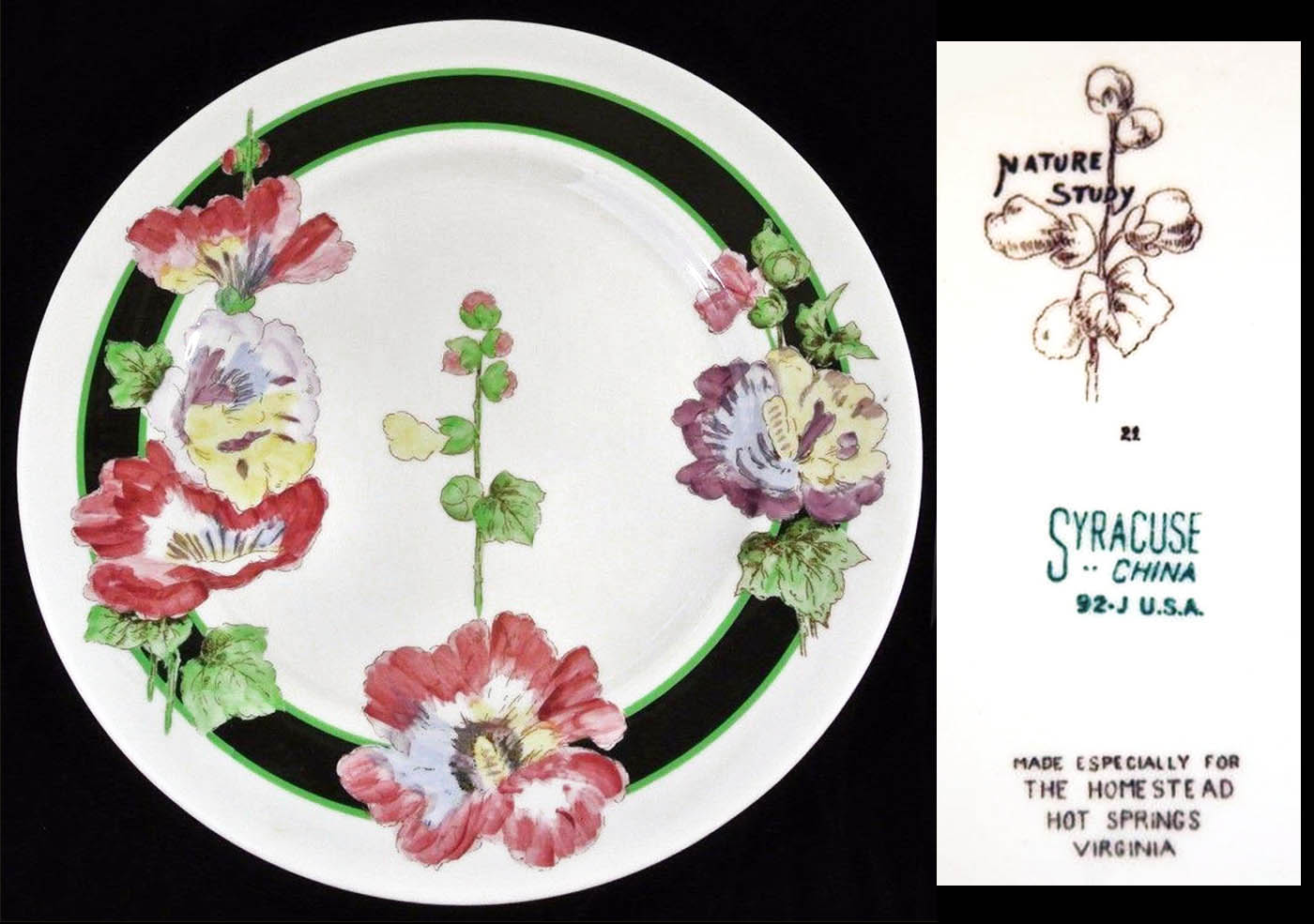 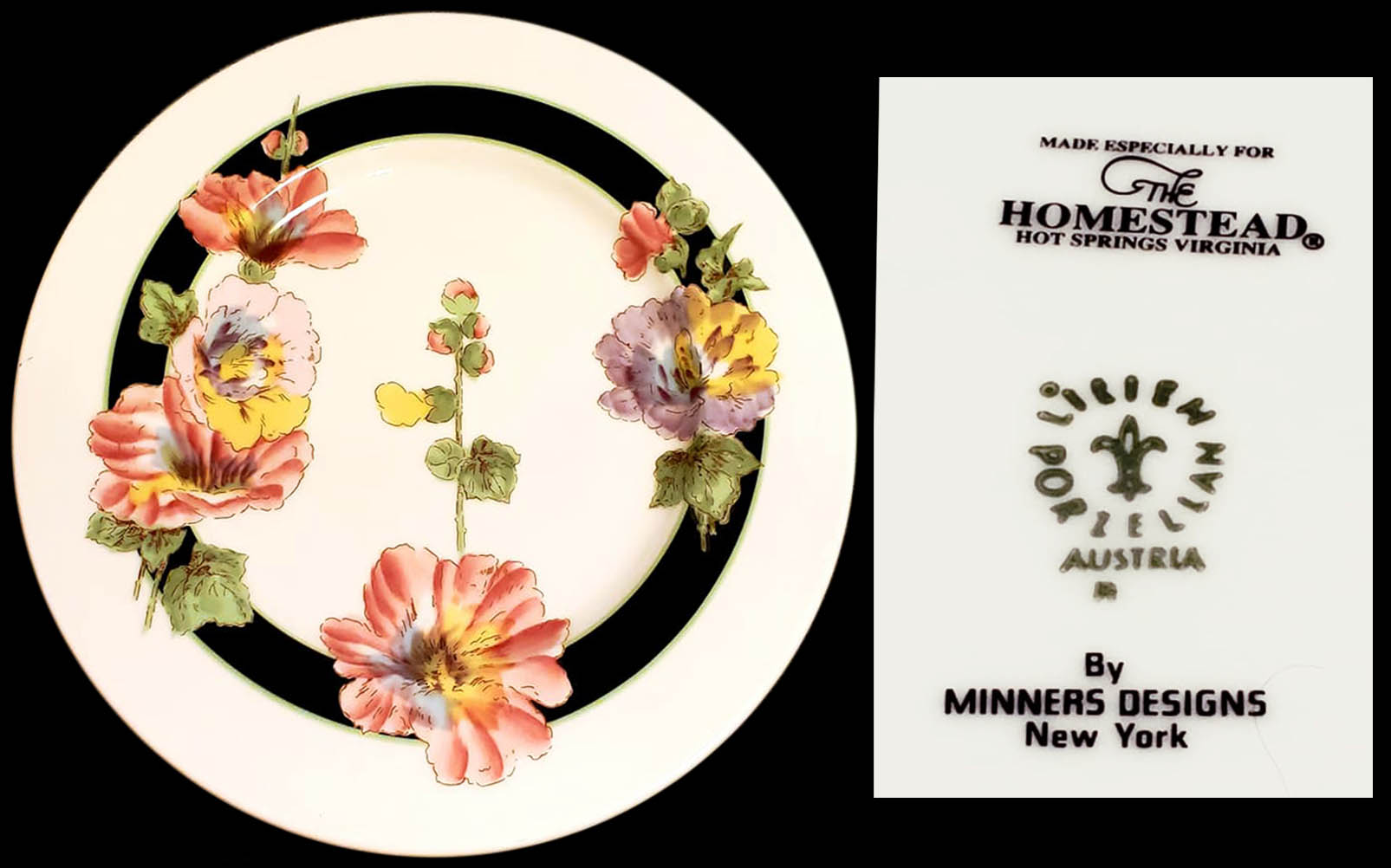 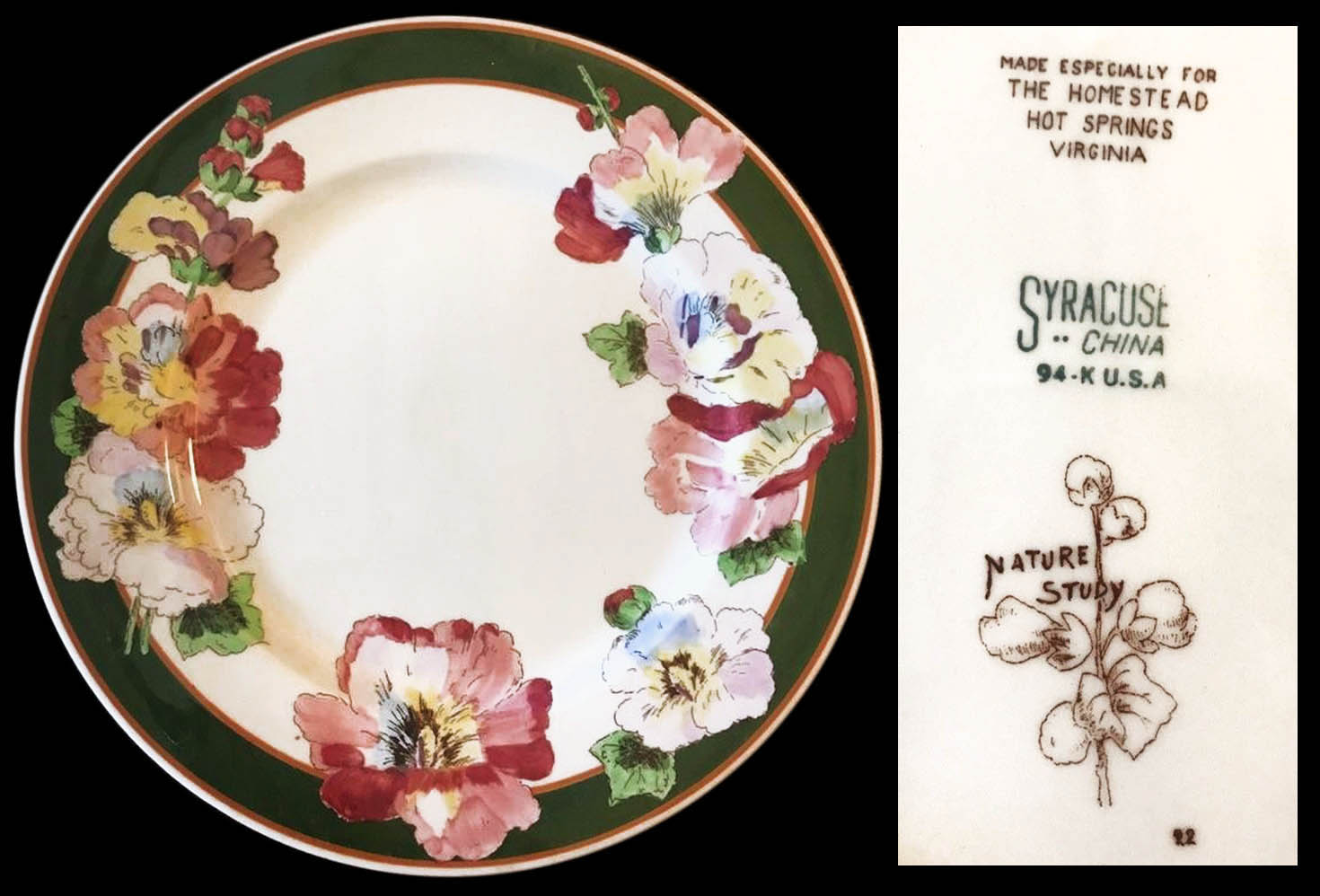 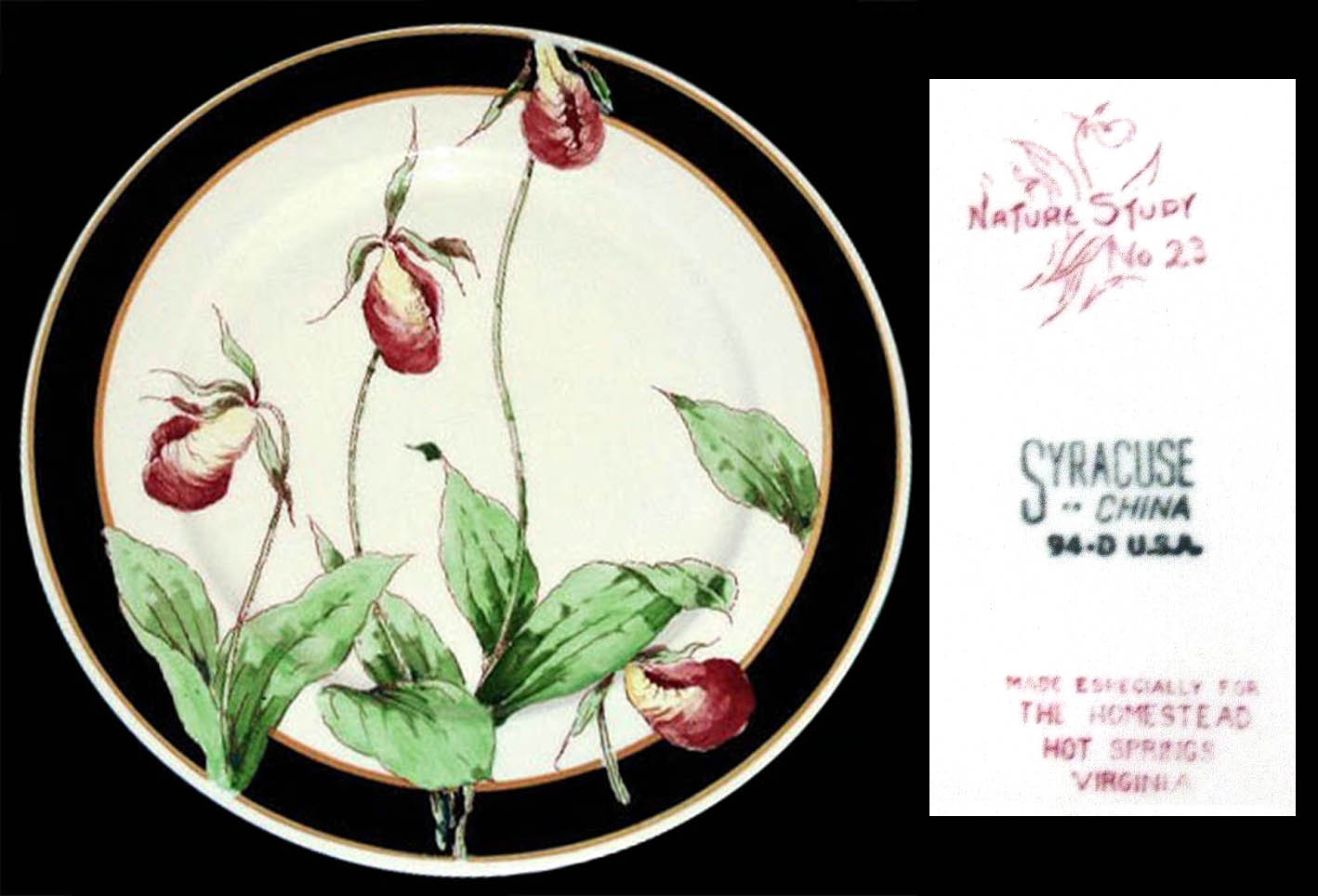 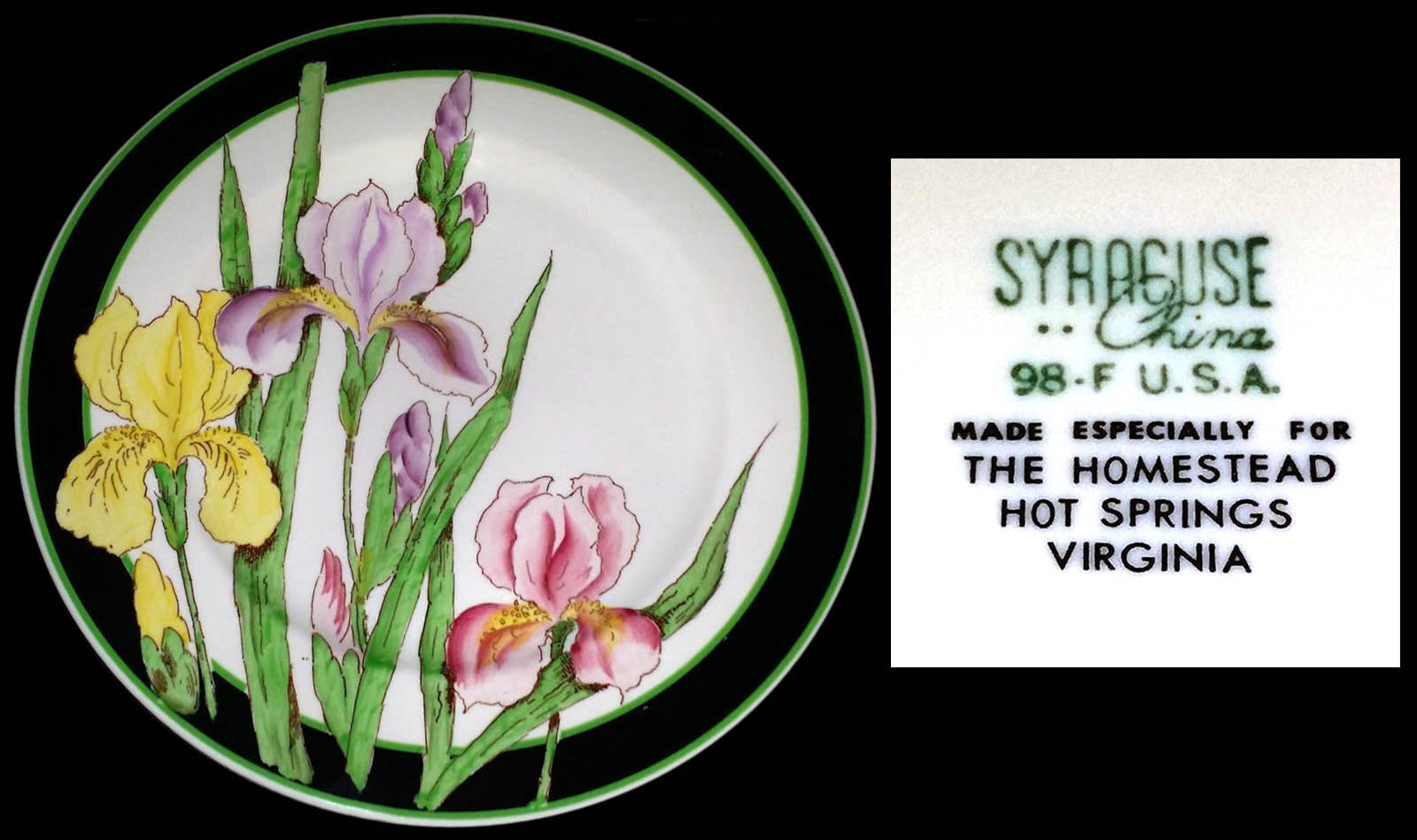 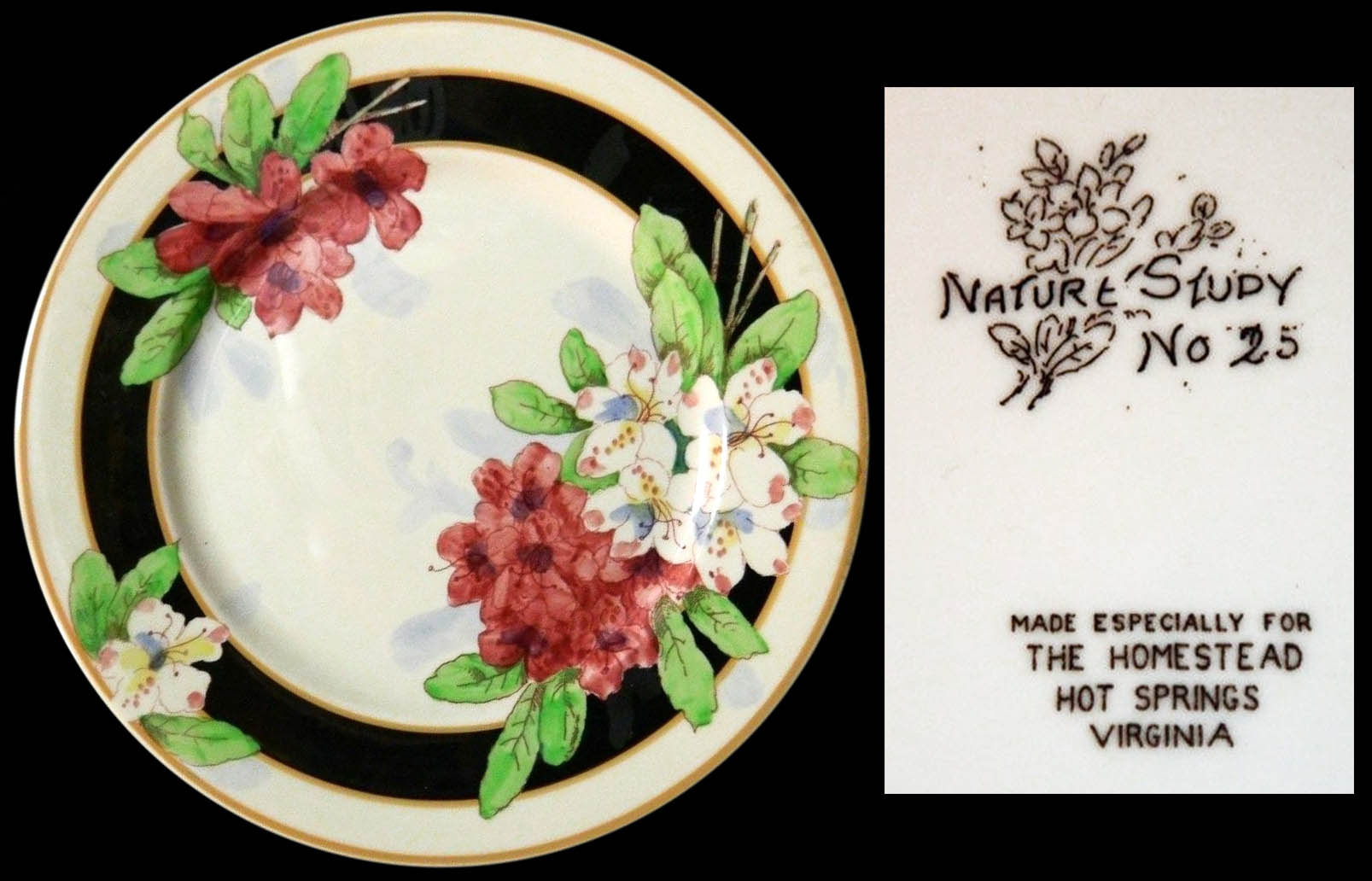 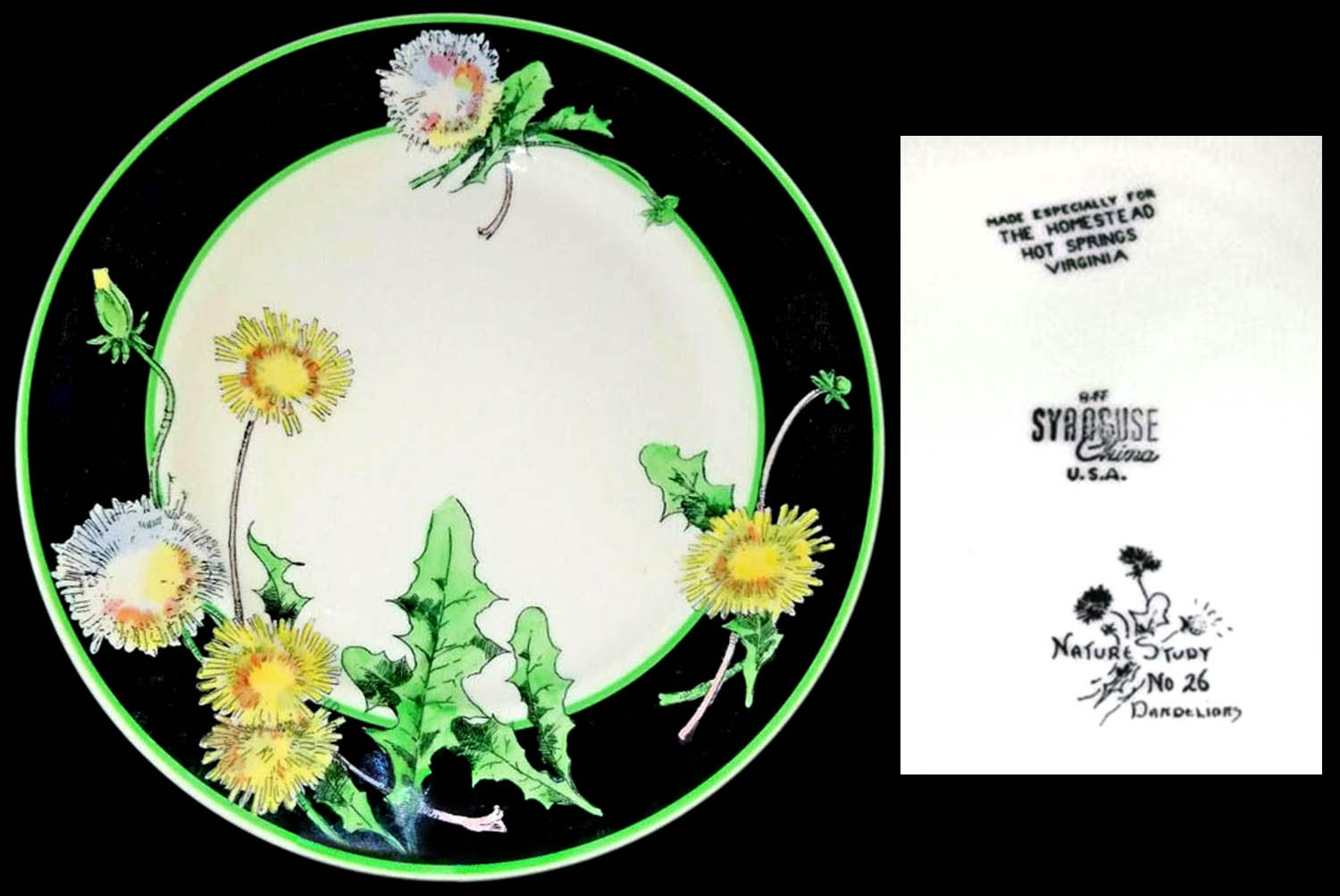 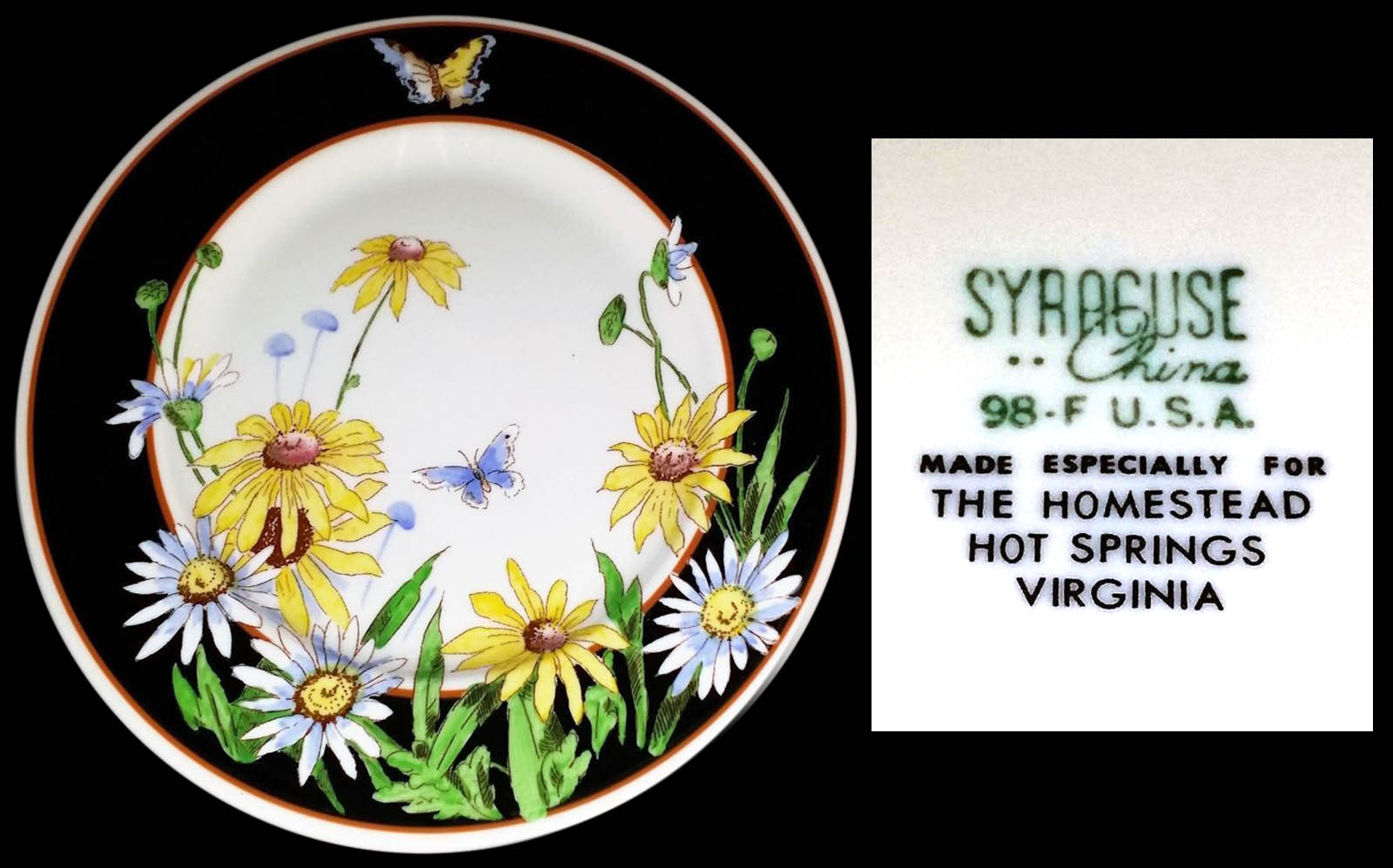 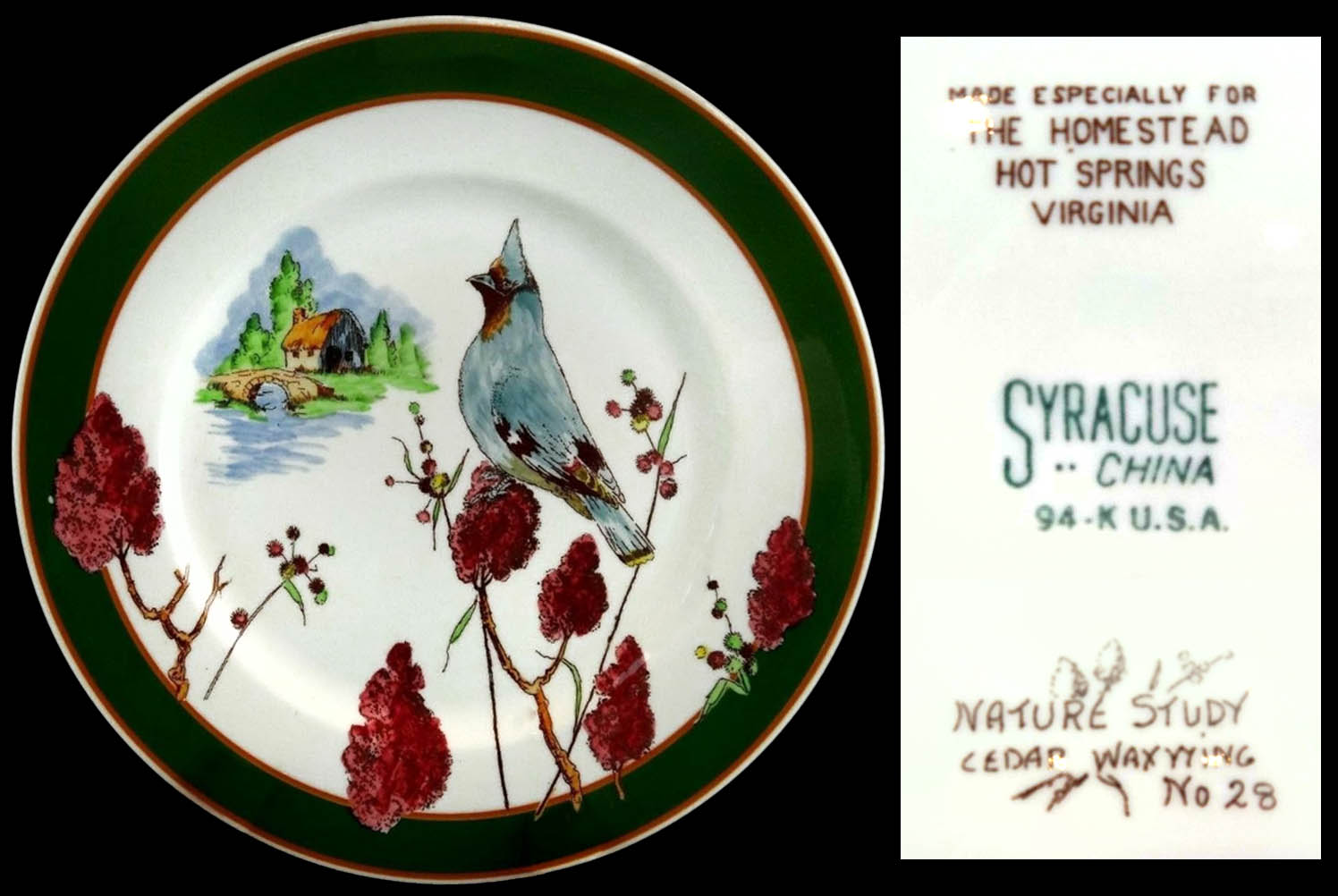 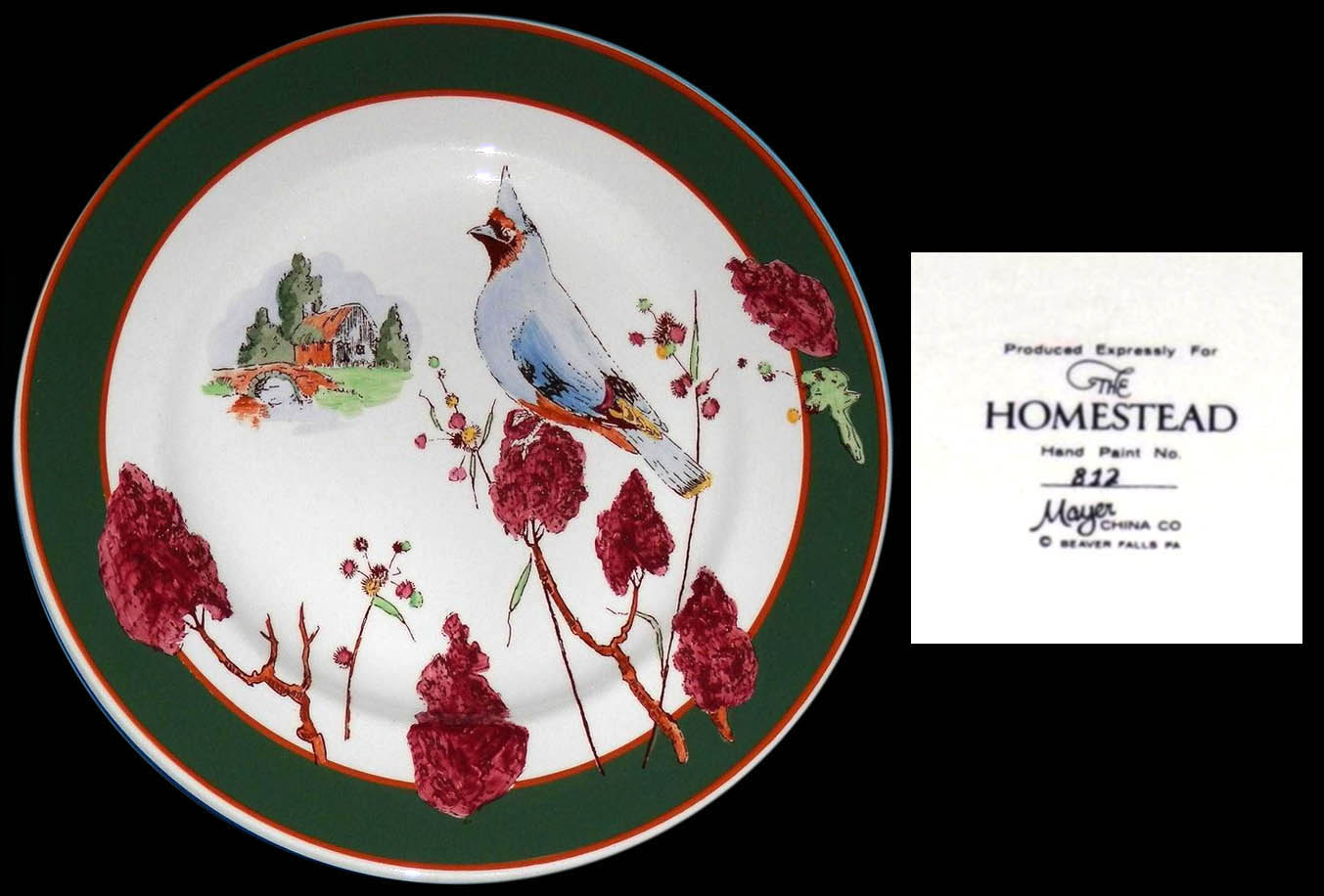 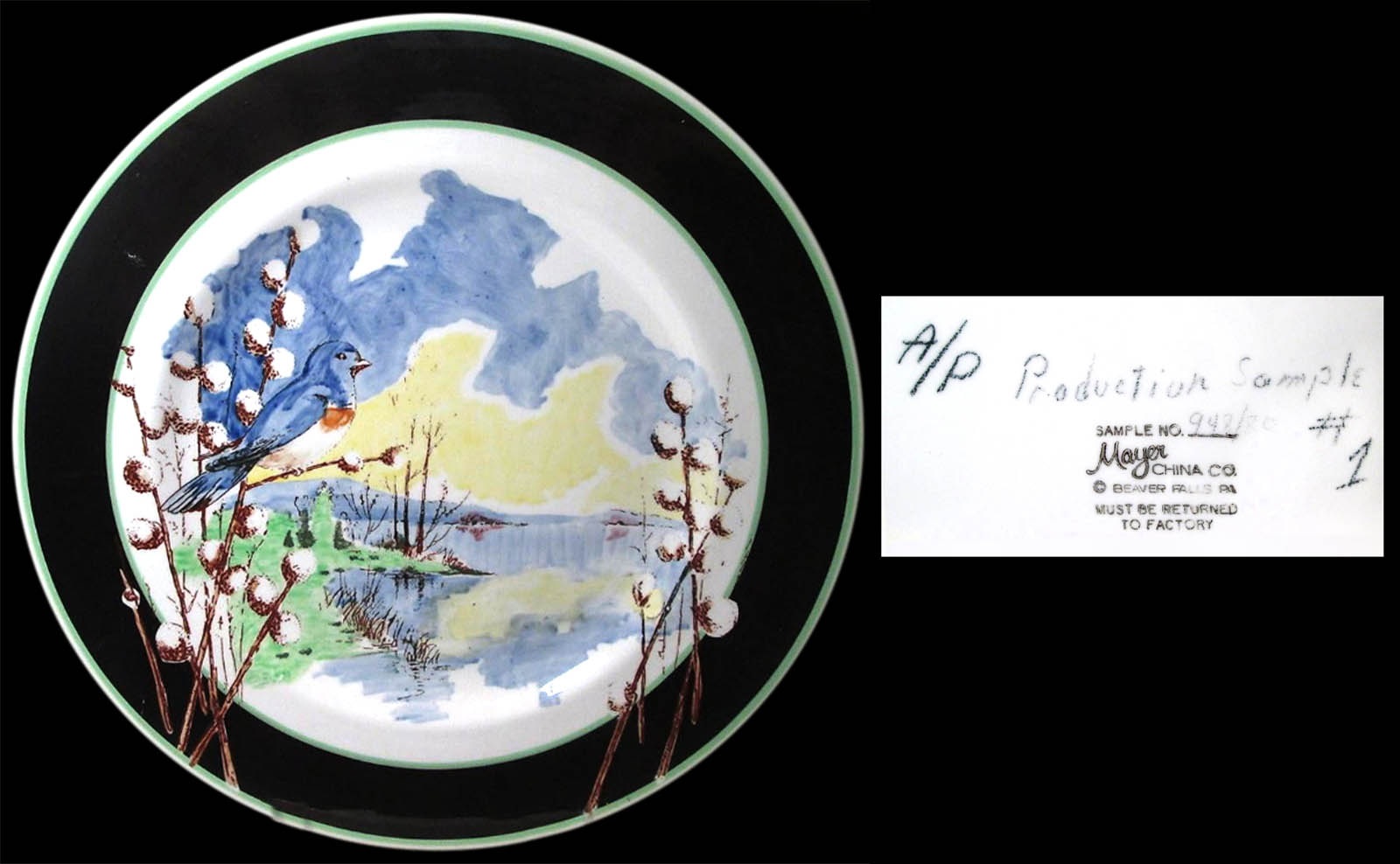 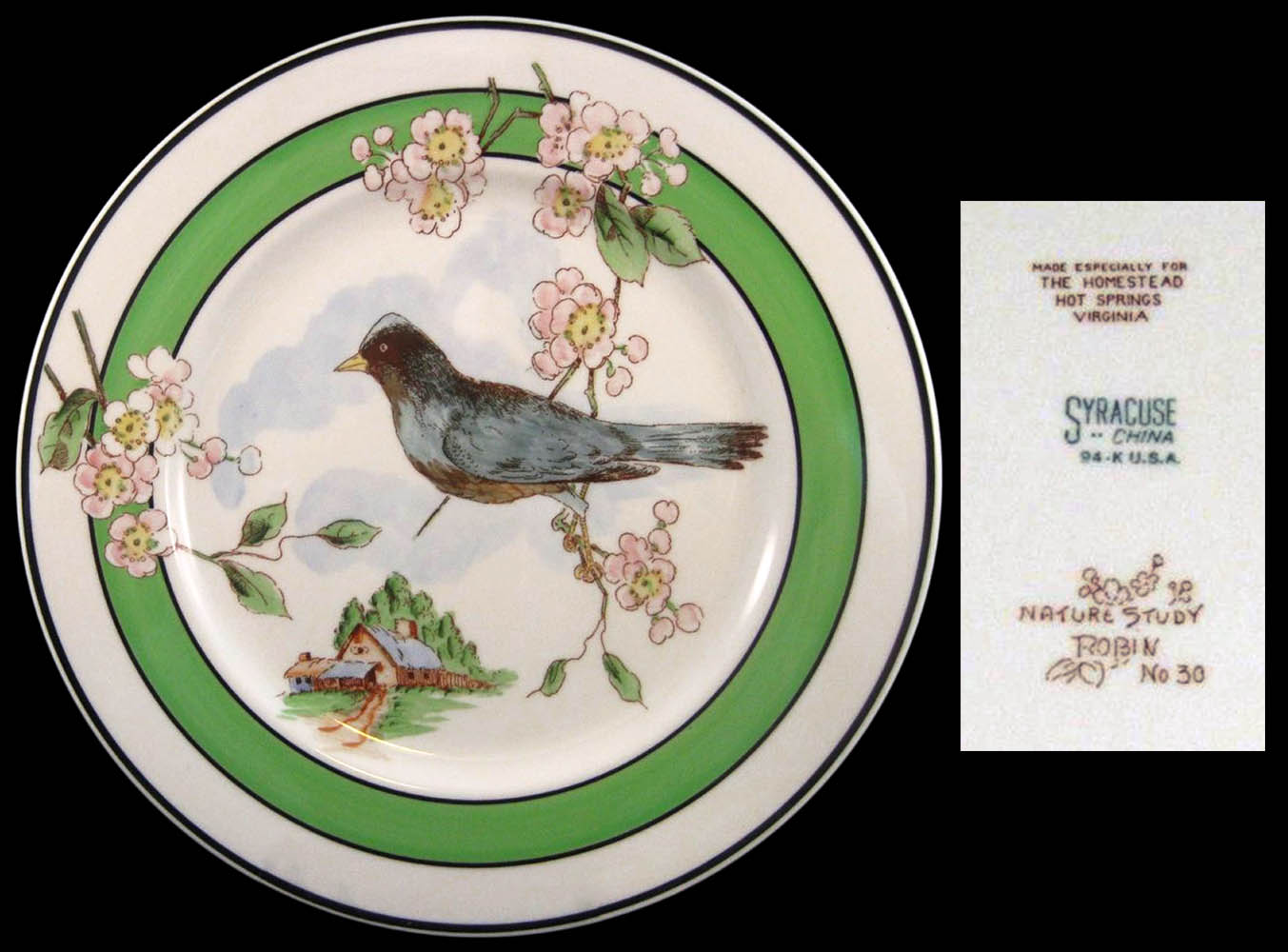 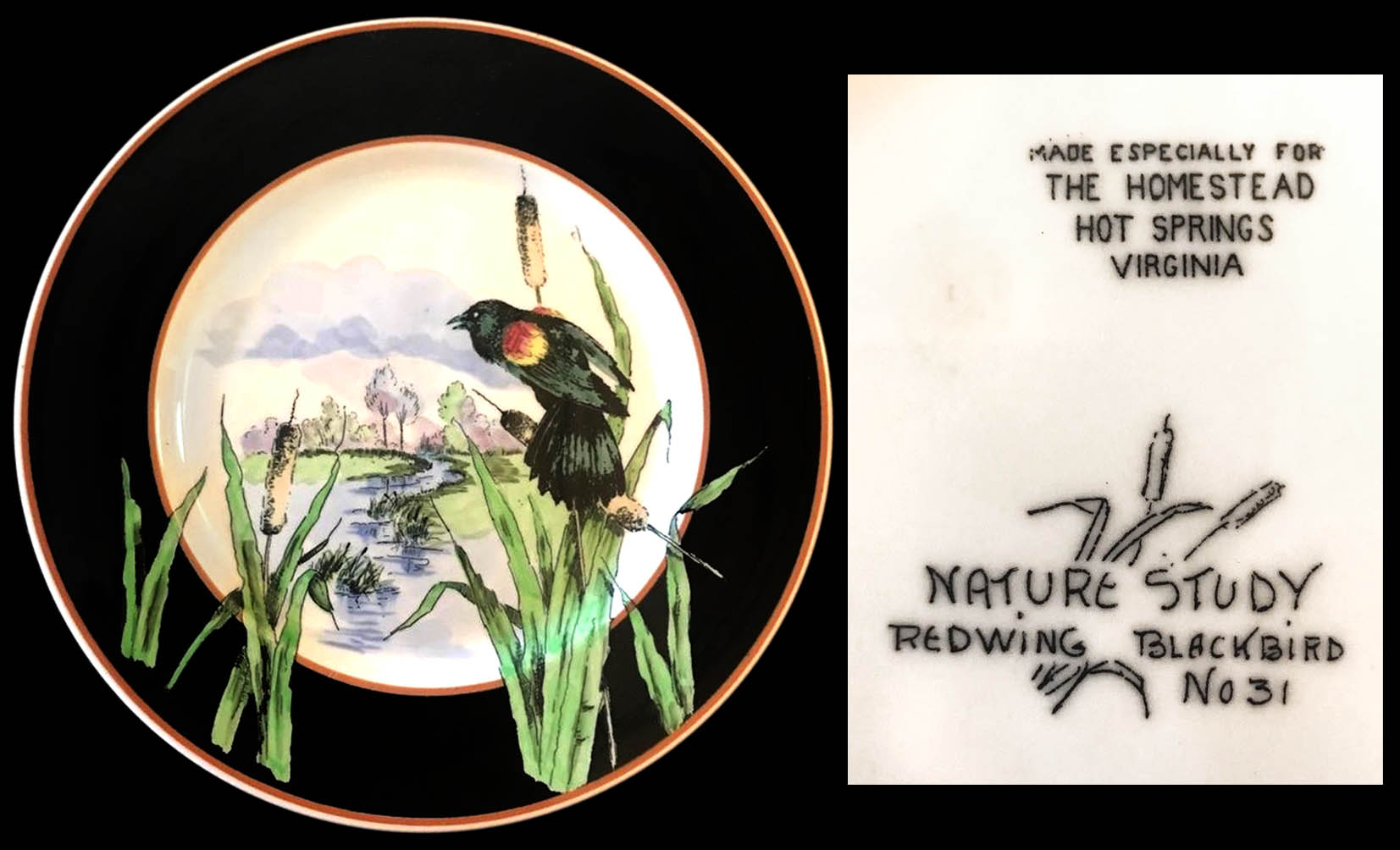 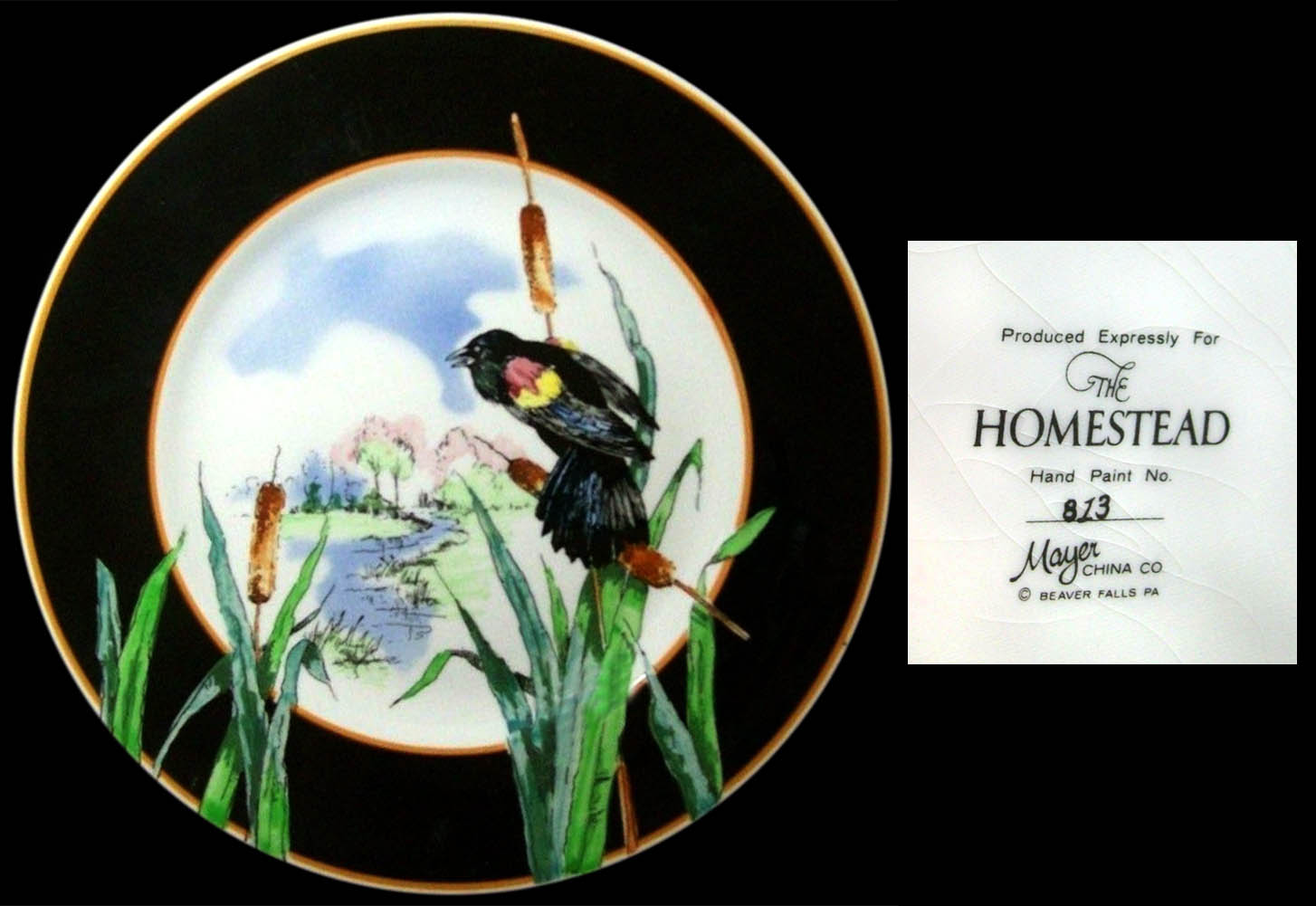 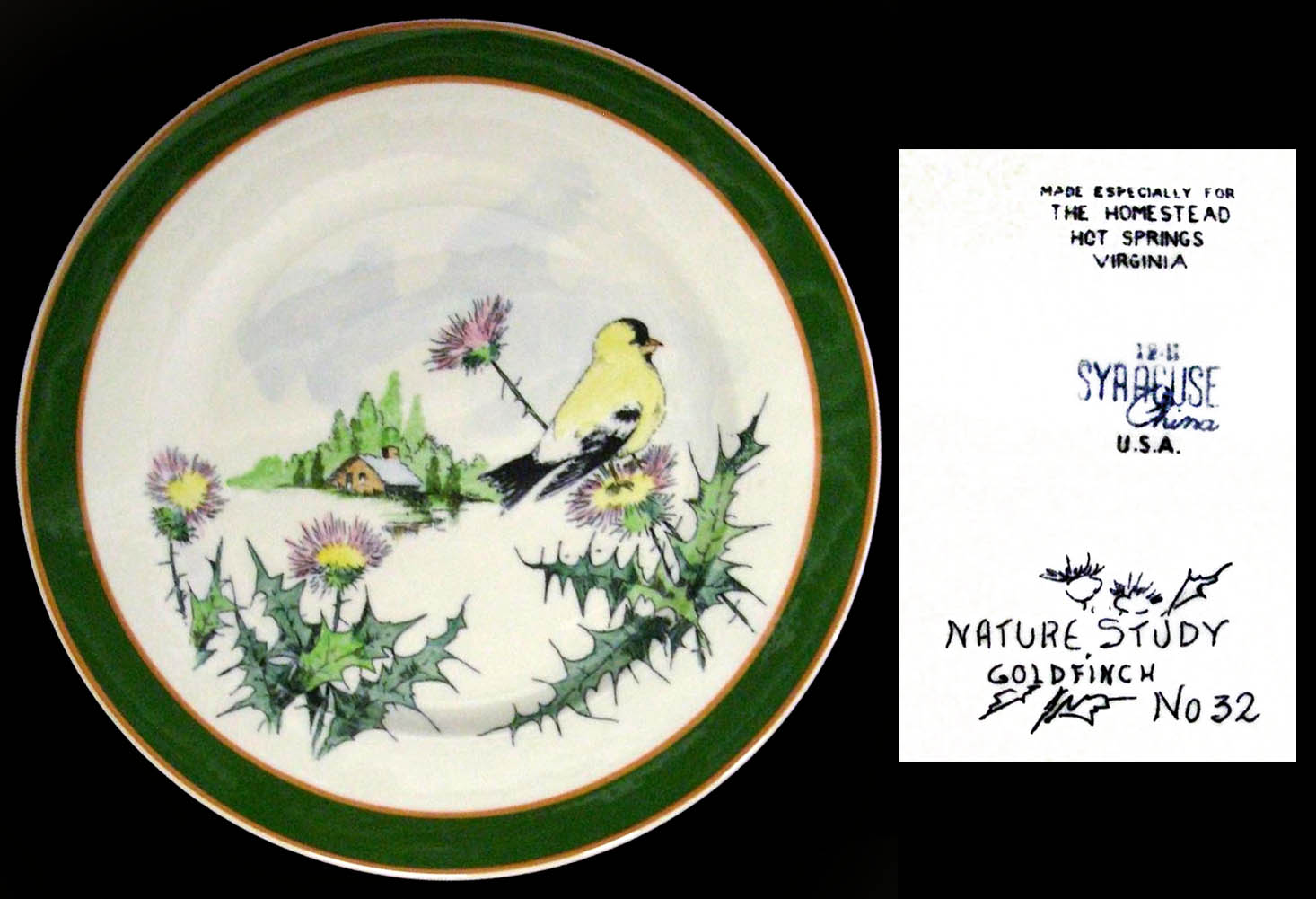 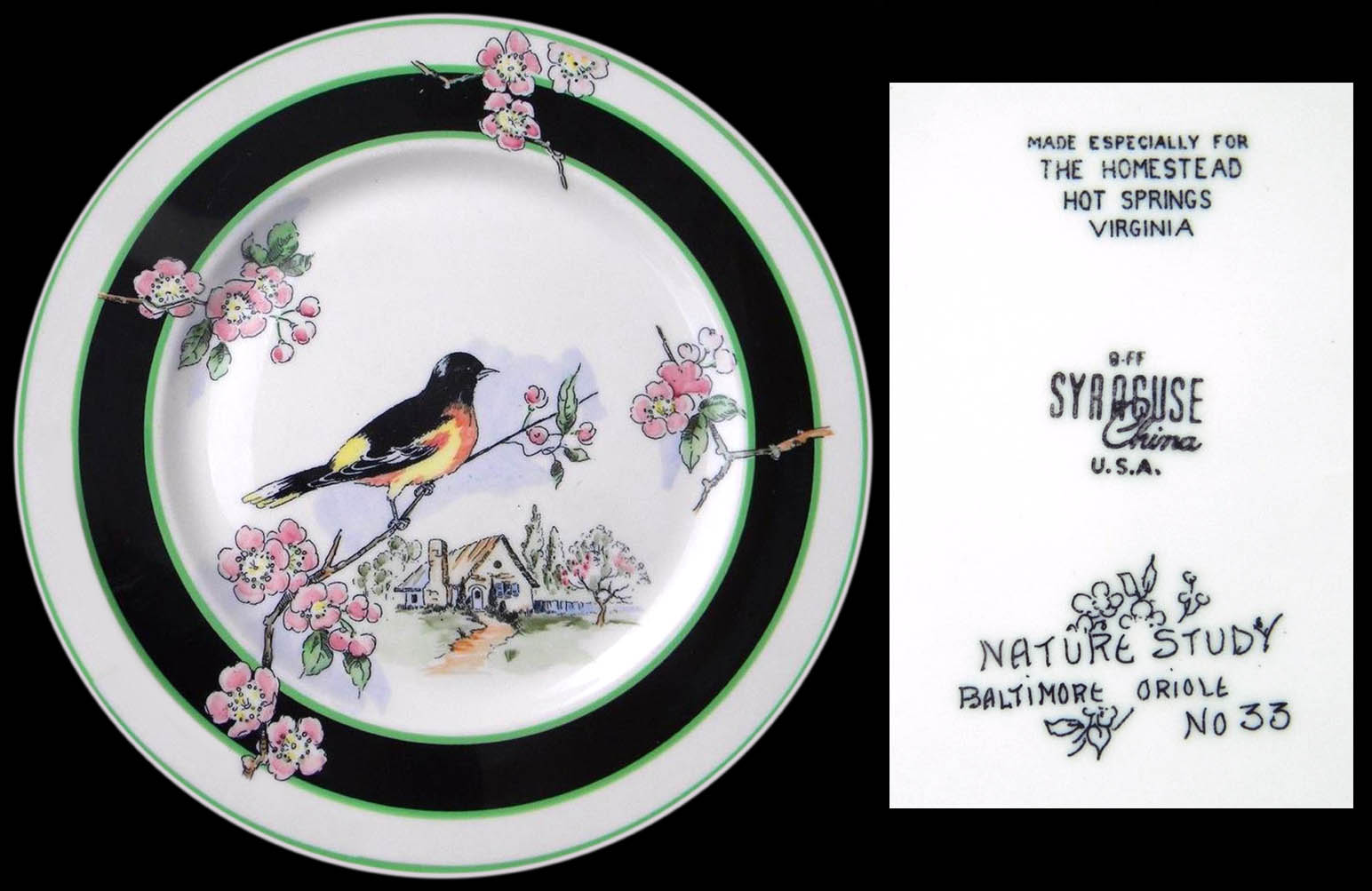 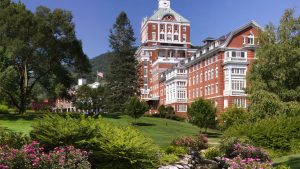 The Syracuse China Nature Studies service plates (also referred to as the Nature Study series and simply N.S. and NS in the Syracuse catalog) feature beautifully hand-painted flowers and birds as designed by Harry G. Aitken, who worked at Syracuse from 1904 as head of the decorating department until his retirement in 1946.

There were some 40 designs as part of the overall series, but none of the poppy series were ever ordered for The Homestead.

As always, the more we know, the more we find we don't know, and in particular there is the mystery of why the Austrian manufacturer Lilien Porzellan made a plate for The Homestead circa 1975-78, and why plates were ordered from Mayer (in the 1960s-1980s date range, based on the backstamps). It is obvious that though marked as "Hand Paint," the Mayer examples were not executed with the same care and artistry as those made by Syracuse, and note the crazing on Mayer's version of the Redwing Blackbird.