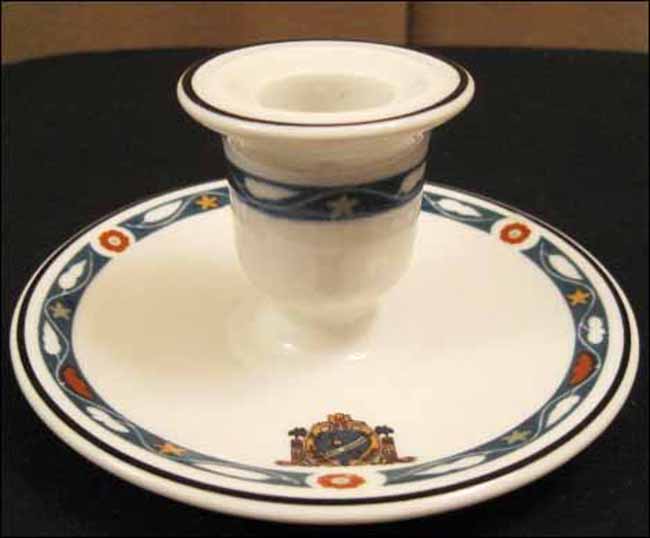 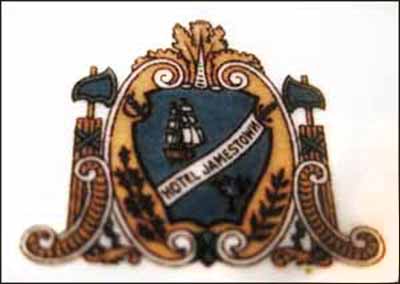 Notes: Located at 106 West 3rd Street in Jamestown, N.Y., this hotel was originally owned and operated by the citizens of Jamestown. The 10-story, 300-room hotel opened in 1923 and was known as "The distinctive hotel of the Chautauqua Lake Region." It was last listed in the 1961 Hotel Red book. According to Emporis, the building is now rental apartments and commercial space.

White body candlestick with a black line and the Encanto pattern on the rim. The logo has a battle ax on either side of a gold crest with laurel leaves. The center of the logo is deep blue with a ship and a banner that says Hotel Jamestown.