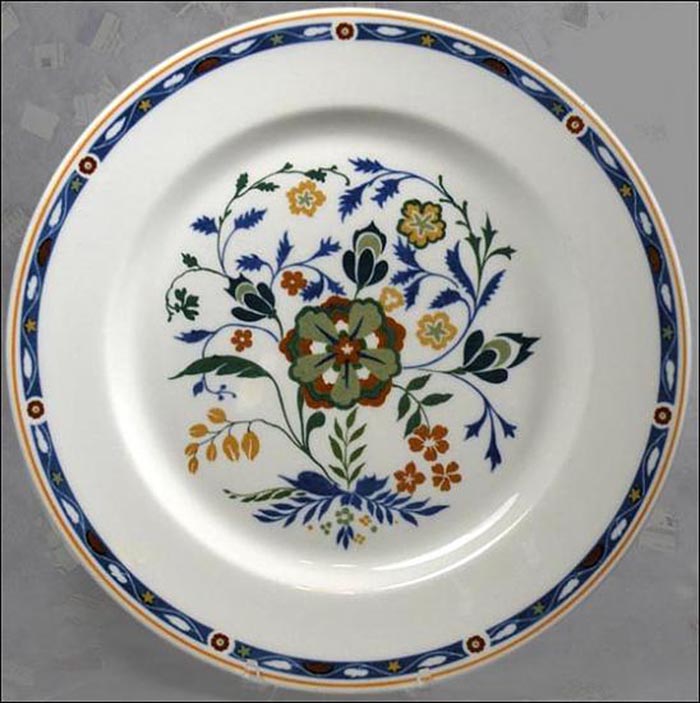 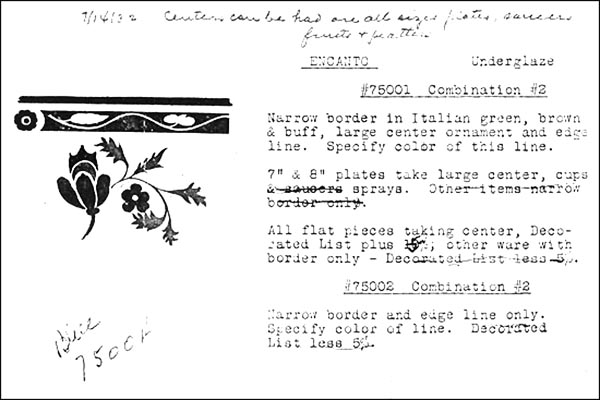 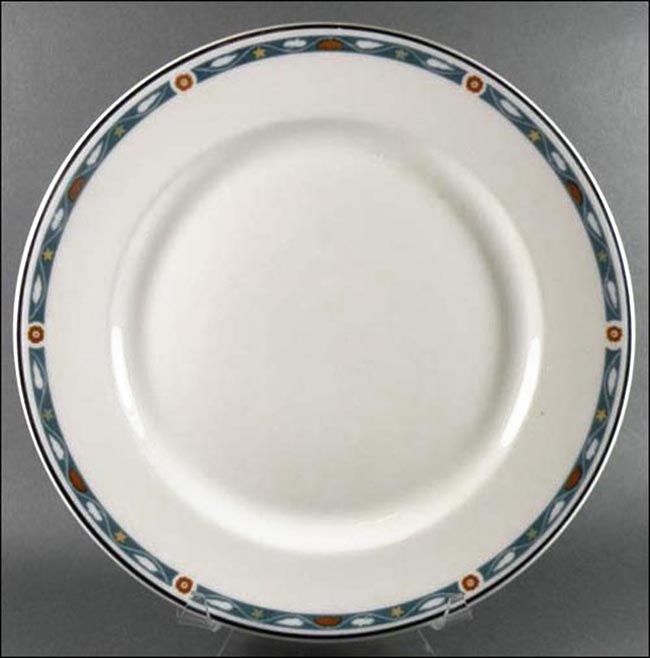 Notes: The Encanto pattern rim treatment consists of stars, flowers and leaves with a floral spacer in rust and teal blue. Pattern can be found with various topmarks as well as a black outer stripe, as in the second example below.

This is also a documented Fred Harvey pattern, but only with an orange outer stripe, used at La Fonda Hotel in Santa Fe, N.M. The first example above shows Encanto with the orange outer line and with the floral central motif that was also a part of the original design and used on some pieces, as you can see from the example shown in a Syracuse catalog of underglazed patterns.