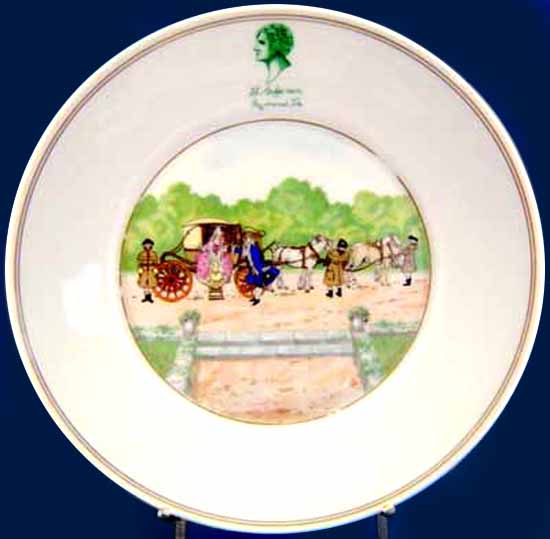 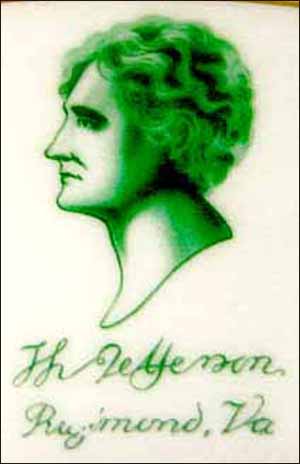 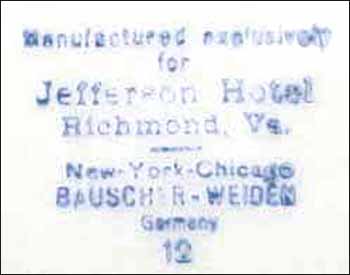 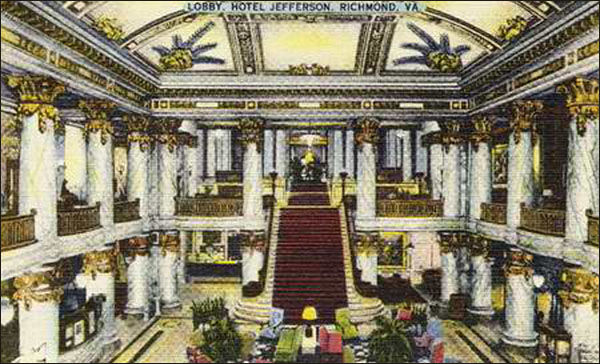 The Jefferson also used Syracuse "Old Ivory" china in the Webster pattern – stock pieces and customized pieces with the addition of the portrait of Thomas Jefferson as shown on these pieces.