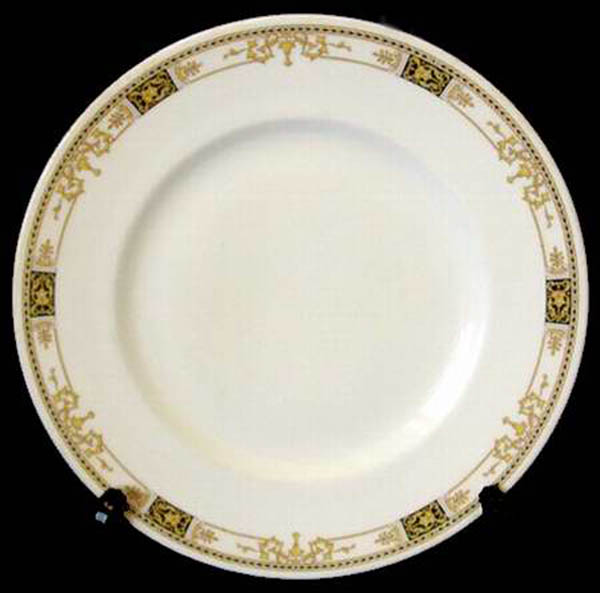 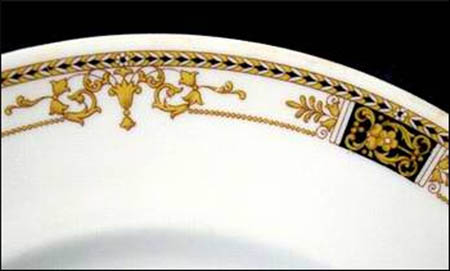 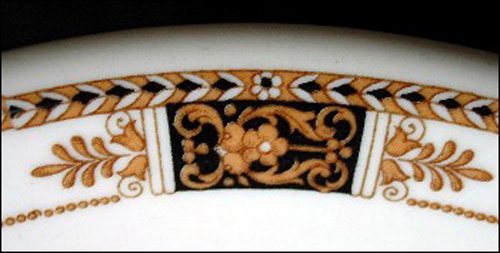 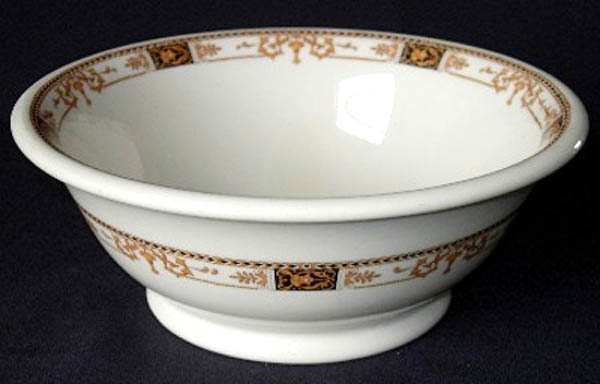 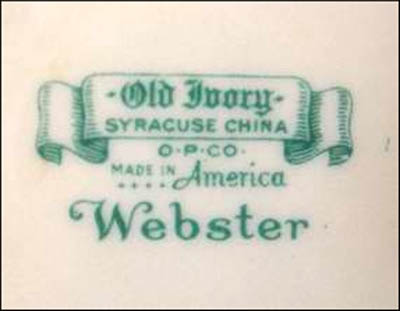 Notes: The Webster pattern was patented in May 1938 by D. Bourne. It was available as both fine china and commercial china. The commercial china pattern was made-to-order in underglaze decoration #92601 until 2009. The Webster fine china, however, was an open stock pattern in the Virginia shape, done in overglaze decoration #91901 from 1941 – 1966 (excluding the WWII years).

From 1941 to 1966, Syracuse also produced a similar fine china pattern known as Calhoun in the Virginia shape, done in overglaze decoration #91902. The Calhoun fine china pattern has gold coin lines at the rim and verge line with a rust background and tan floral, leaf and swag border design; the difference is the fine china composition, the gold coin lines and the border color variation. See comparison photos below: Calhoun, left; Webster, right.

According to author Douglas McIntyre, the Webster pattern was used by the El Tovar Hotel (a former Harvey House eating station run by Fred Harvey) at the Grand Canyon.

Contrary to published railroad china collector references, the Syracuse Webster pattern should NOT be confused with the Syracuse Champlain fine china pattern – a distinctly different pattern design produced on the Berkeley shape.