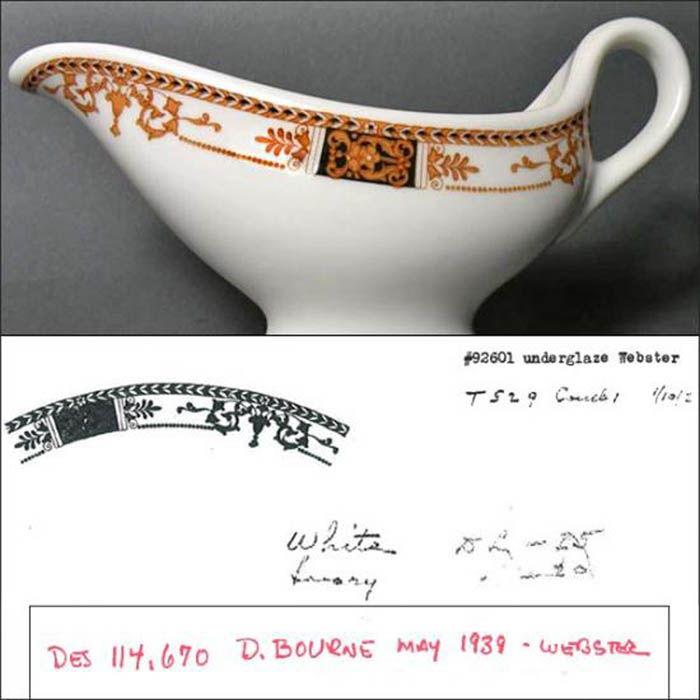 Notes: Webster is a popular Syracuse China stock pattern that is easily confused with another Syracuse pattern, Calhoun. Refer to the Webster entry for more information.

In addition to other venues, Webster has been used for many years at El Tovar, one of the Fred Harvey-operated hotels that sits on the rim of the Grand Canyon and is a former Harvey House. Since Syracuse China closed in 2009, it is not known if El Tovar is still using the china or for how much longer their inventory of it will meet the restaurant's needs.

According to the Wikipedia, El Tovar was "operated by the Fred Harvey Company in conjunction with the Santa Fe Railway" and sits "at the northern terminus of the Grand Canyon Railway, which was formerly a branch of the Santa Fe." El Tovar is still open today (2020).