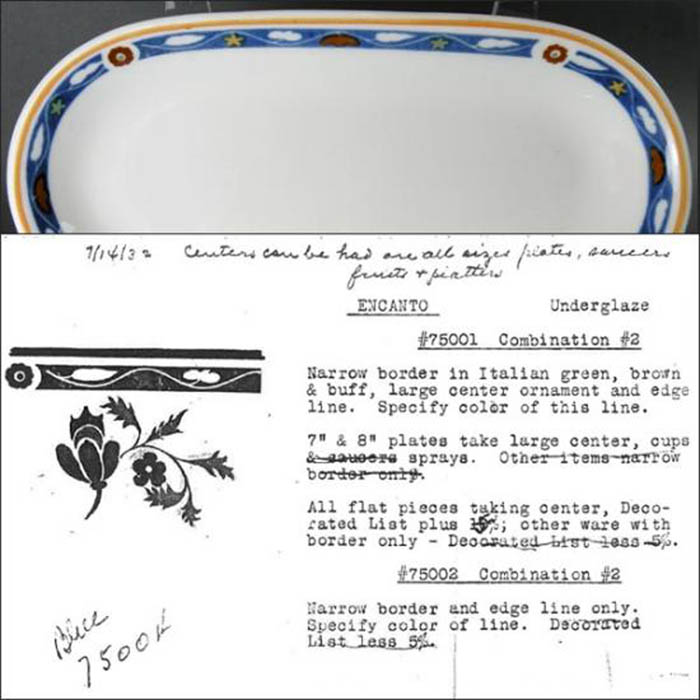 Notes: When found with an orange line, as shown below, this pattern was used at La Fonda Hotel in Santa Fe, N.M.

According to the hotel's website, La Fonda was built in 1922 and in 1925 "was acquired by the Atchison, Topeka & Santa Fe Railway and then leased to Fred Harvey, who was renowned for his hospitality. He turned La Fonda into one of the famous Harvey Houses and it remained a Harvey House until 1968 when it was acquired by local businessman, Sam Ballen."

As found in an early Syracuse China catalog of underglazed patterns, Encanto was made in several combinations: either #75001 or #75002. The only version that was used at La Fonda, though, is the one with an orange outer line. Additional rim treatment includes a motif of stars, leaves and vines and a flower or floral spacer. Colors are yellow, green, rusty red and blue.