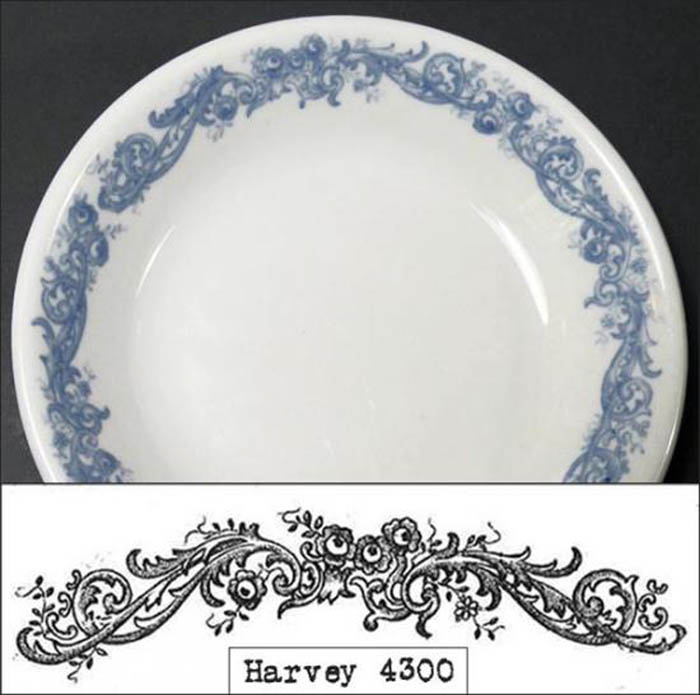 Notes: This stock pattern with its blue flowers and acanthus swirls is found on page 26 of an underglaze Syracuse China pattern book and is called Harvey 4300, with an accompanying list of possible color variations for the pattern. Each color would have had its own number, based on Harvey 4300.

In "The Official Guide to Railroad Dining Car China," Doug McIntyre shows this pattern in blue and refers to it as El Tovar. He writes that it "was reportedly used at El Tovar," the hotel on the rim of the Grand Canyon that is a former Harvey House and that opened in 1905.

According to the Wikipedia, El Tovar was "operated by the Fred Harvey Company in conjunction with the Santa Fe Railway" and sits "at the northern terminus of the Grand Canyon Railway, which was formerly a branch of the Santa Fe." It is still open today (2013).

The addition of the Syracuse pattern sheet dated 1906 with the Harvey pattern name is more confirmation of McIntyre's identification of this pattern as having been used at El Tovar or another Harvey-owned venue.