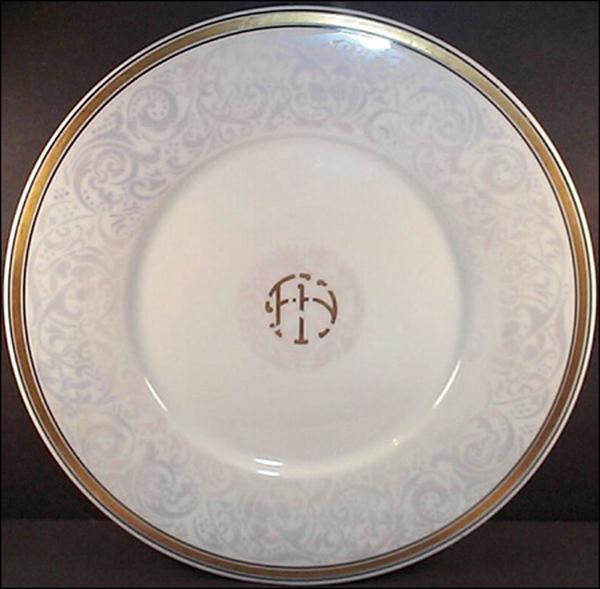 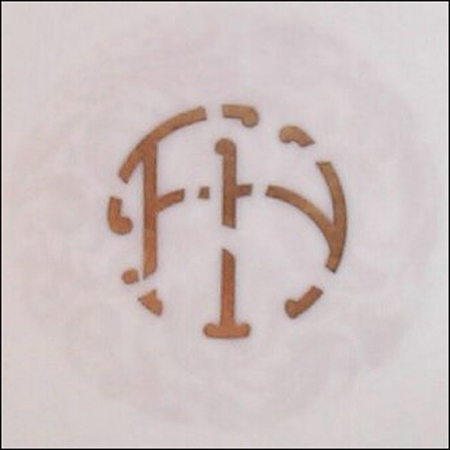 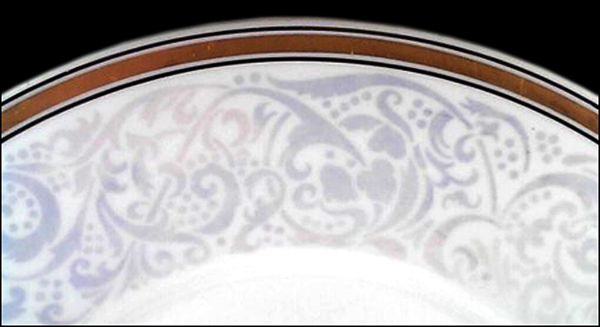 Notes: The "FH" in the plate's logo stands for Fred Harvey. Considered to be a rare pattern, it is not known at which of Harvey's restaurants the Paisley pattern was used. Doug McIntyre theorizes that it might have been used as a service plate for the Harvey Gold and Black pattern which bears the same black/gold/black edge decoration.