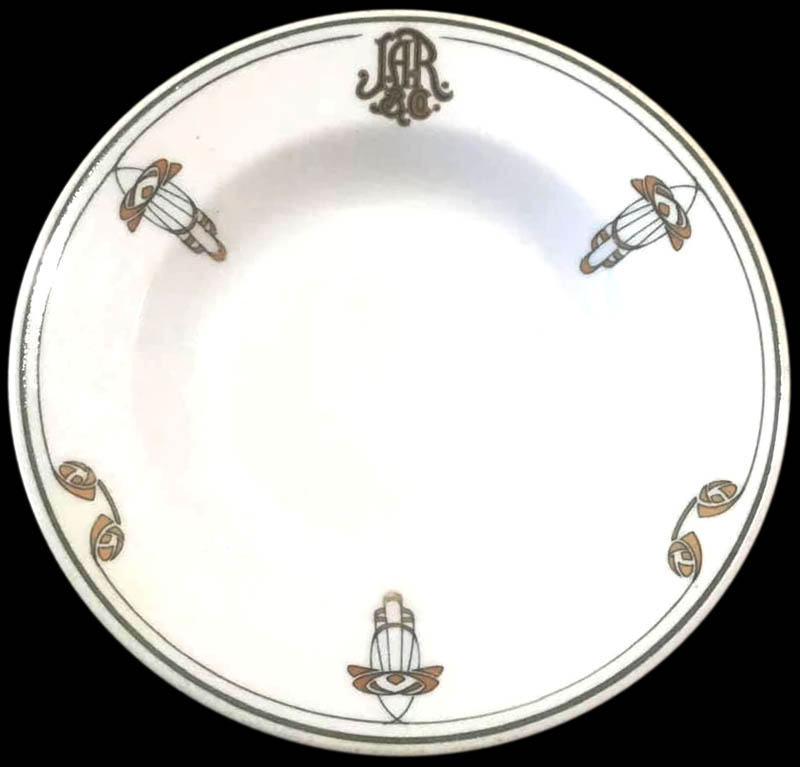 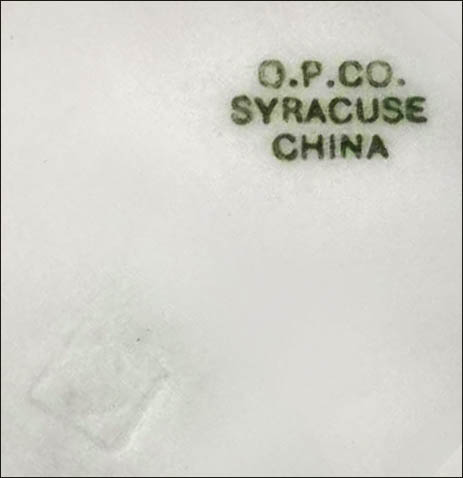 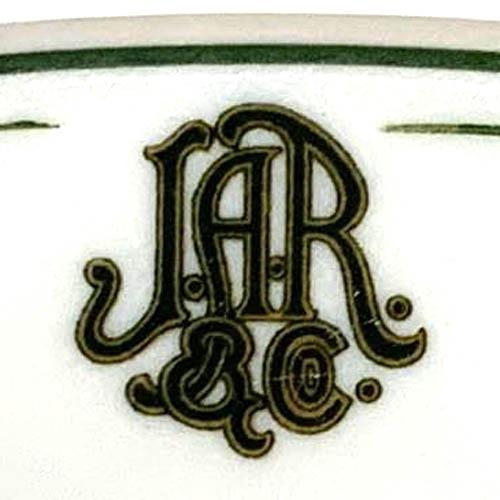 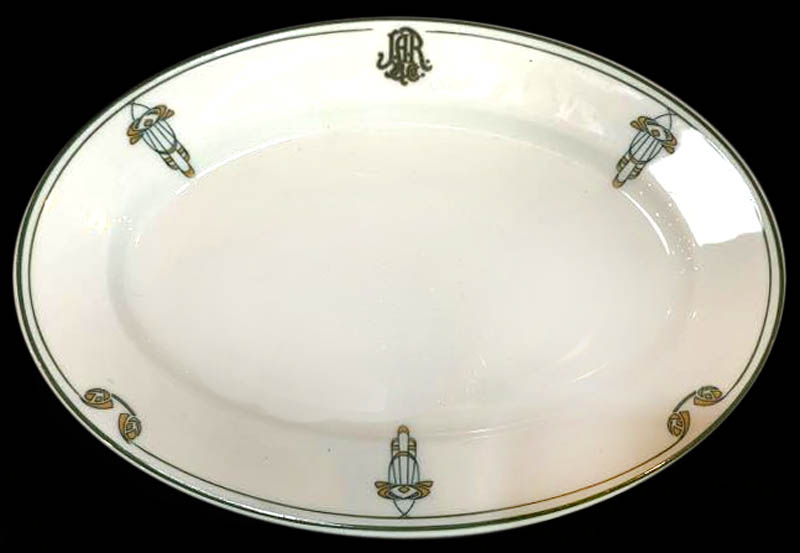 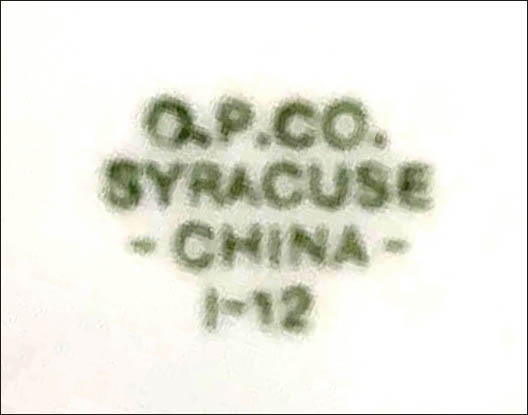 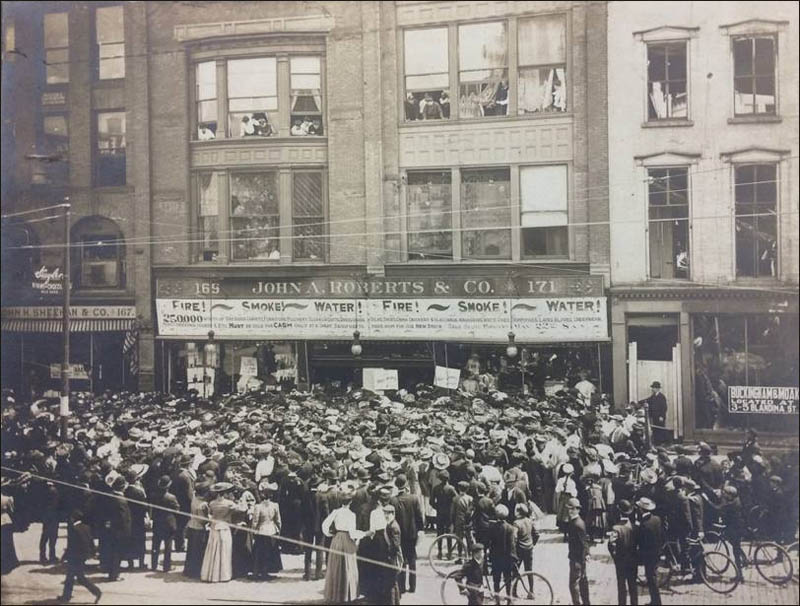 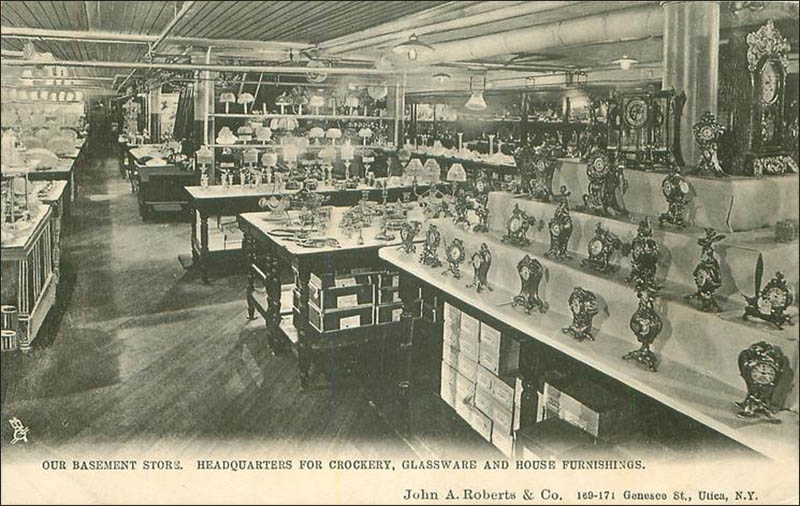 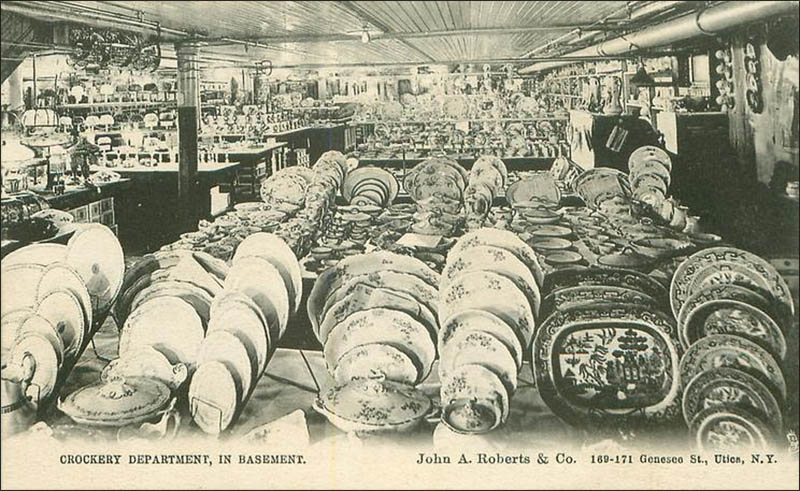 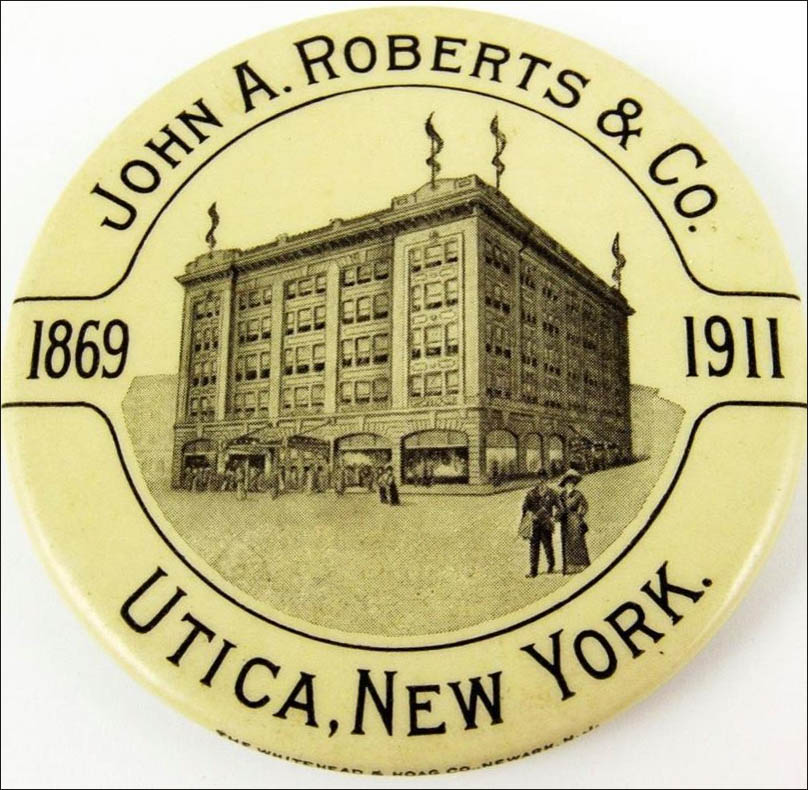 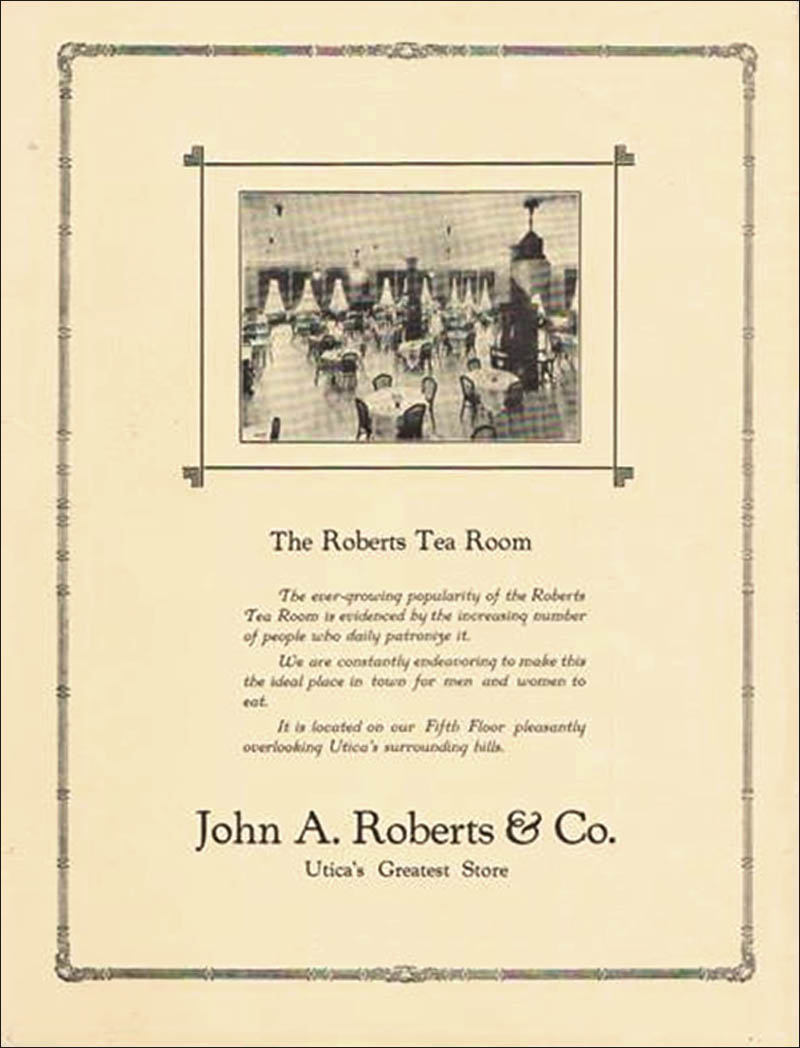 Notes: John A. Roberts began his retail store experience in Utica, N.Y., in 1863 at age 19. His first business partnership began in 1869. A number of business partnerships later, he incorporated in 1905 as John A. Roberts & Co. In 1906, Roberts purchased the former Butterfield House hotel and converted it into his store. He closed this store on May 1, 1910, and razed that structure. It was replaced in September 1911 by Roberts' new five-story store, including The Tea Room that was located on the fifth floor. Roberts died in 1922, at age 78, and the store closed in 1929.

Syracuse China Co. produced the china, which is crested with the JAR & Co monogram. The border is found in a binder of Syracuse overglazed designs as #59201, shown above. White body, green and non-metallic gold ornaments alternate with Tudor roses, green lines.