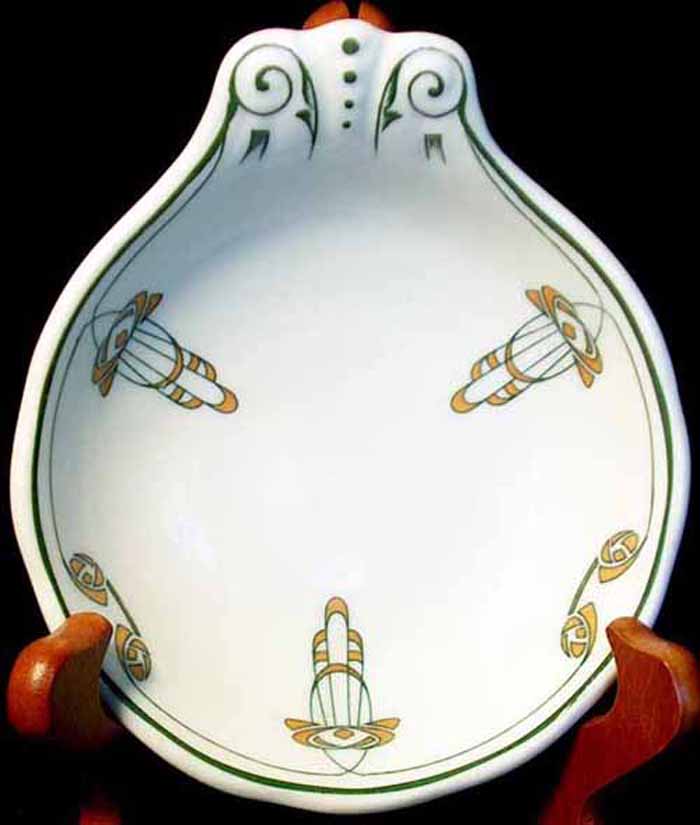 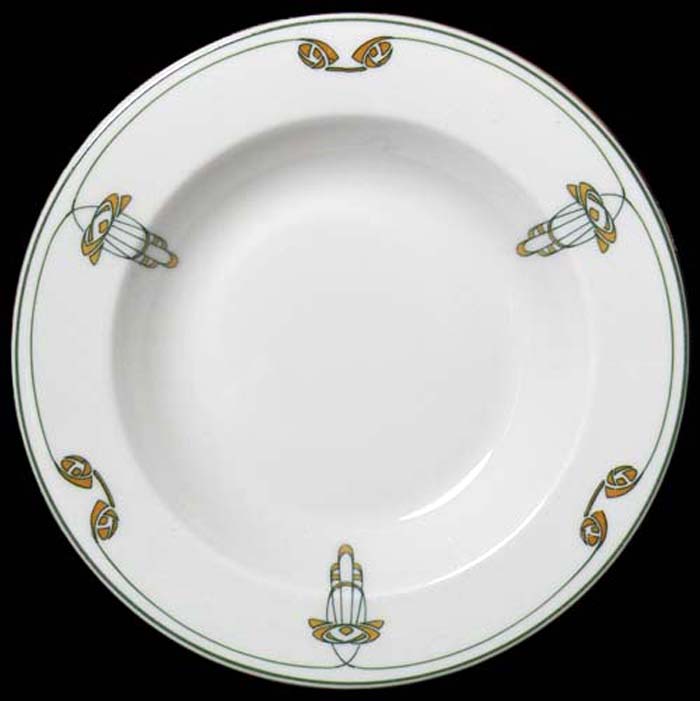 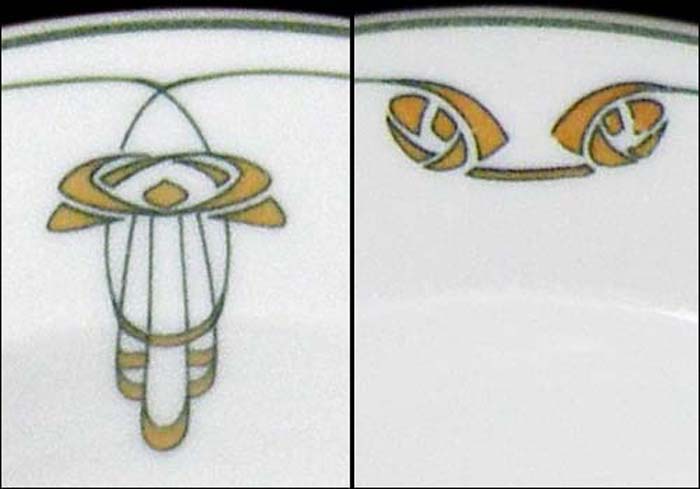 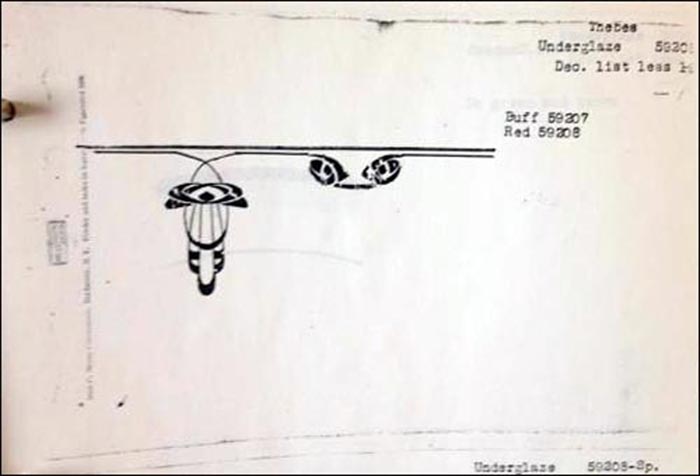 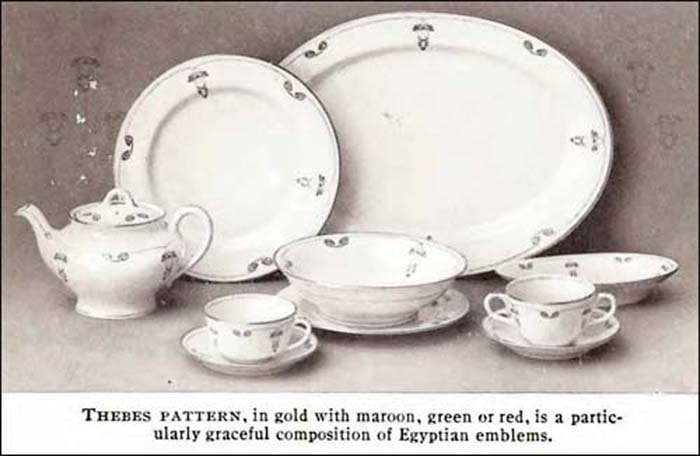 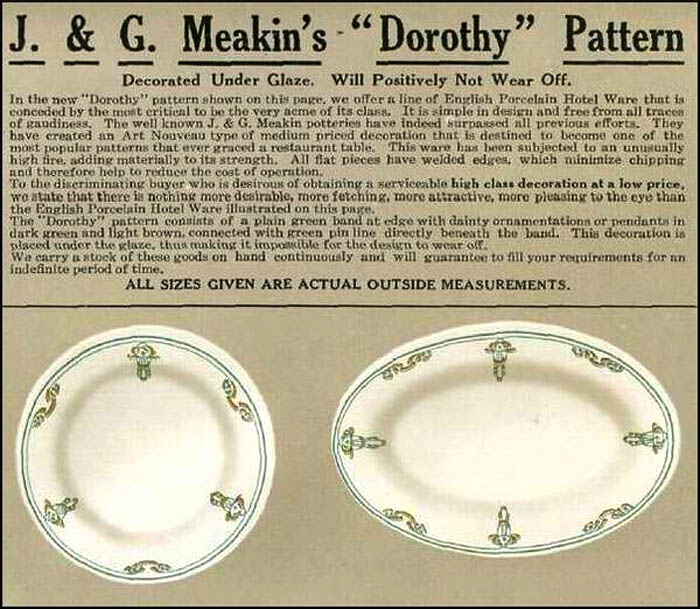 Notes: Introduced by Syracuse China circa 1910, Thebes was available in several color combinations. Though a popular pattern for Syracuse, it was not held in stock and was always made to order. See photos above for a picture of the pattern from page 6 of the 1913 O.P.CO. Syracuse China "The World's Most Durable Tableware" brochure and for a Thebes entry in a Syracuse binder, provided by Larry Paul.

MKT Railroad use
Among its customers, Syracuse records show that it was ordered by MKT. A service plate with the MKT shield in the center, shown in Update #2 to "The Official Guide to Railroad Dining Car China" by Douglas W. McIntyre, backs up this information, and he also posits the use of non-topmarked china. It would then fall under the name Katy Ornaments, the railroad authors' name for the pattern most commonly known as having been produced by Shenango.

According to Syracuse China archives, Thebes was ordered by MKT as underglaze version #59207. Records also show that the MKT ordered a custom backstamp for some of the plates, although to date no railroad backstamped pieces of Thebes have been found.

Like Blue Adam, which was an extremely popular Syracuse pattern also known to have seen limited railroad use on a different line, pieces of Thebes cannot be considered to have been made for the MKT unless one is found with a custom backstamp.

Rutland Railroad use
In addition, Syracuse records show that Rutland Railroad (reorganized as Rutland Railway in 1950) also ordered the same underglaze version of Thebes (#59207), but the line ordered two different topmarked crests and no custom backstamp. Railroad authors have assigned the names Green Mountain and Bennington, which was inadvertently called Depot Ornaments by McIntyre in Update #1 to "The Official Guide to Railroad Dining Car China."

An article in the Spring 2010 "The Railroadiana Express" features an article by Richard Luckin also updating the pattern name correctly as Thebes.

The name Egyptian Emblems, as the pattern is sometimes referred, is now known to be incorrect and is actually a descriptor, as can be seen above.