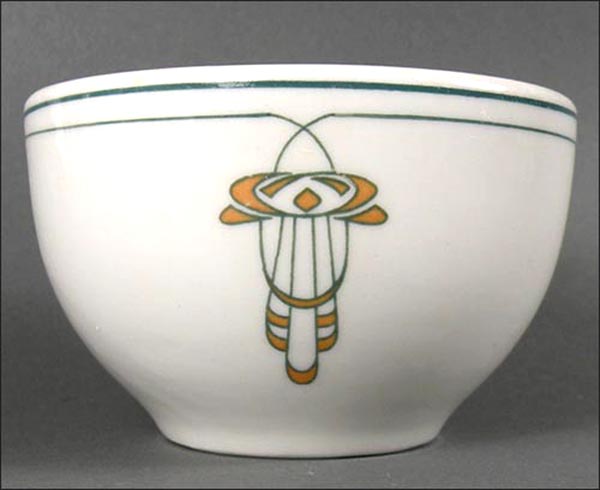 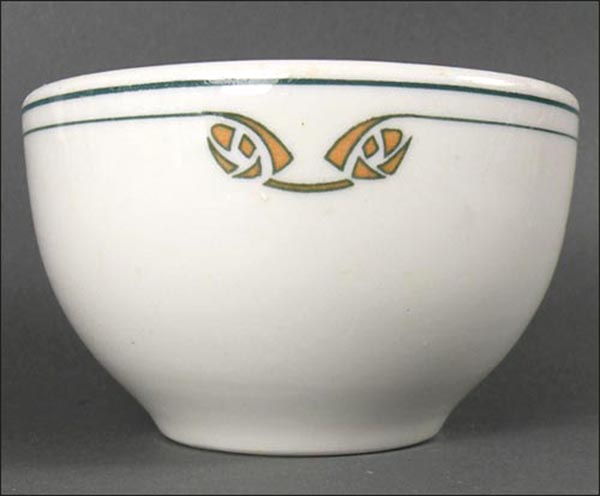 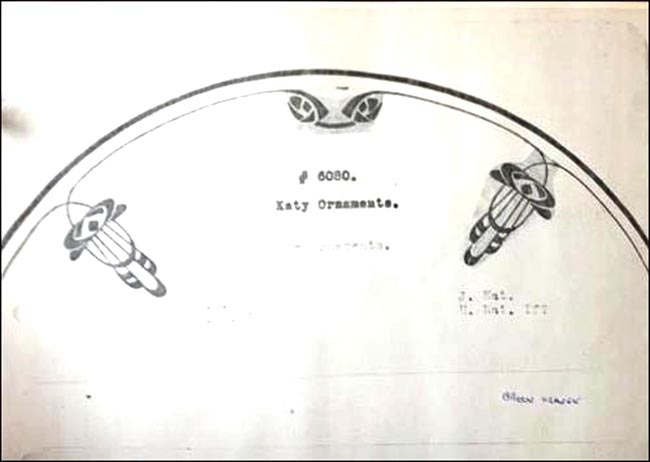 From a binder of Scammell patterns 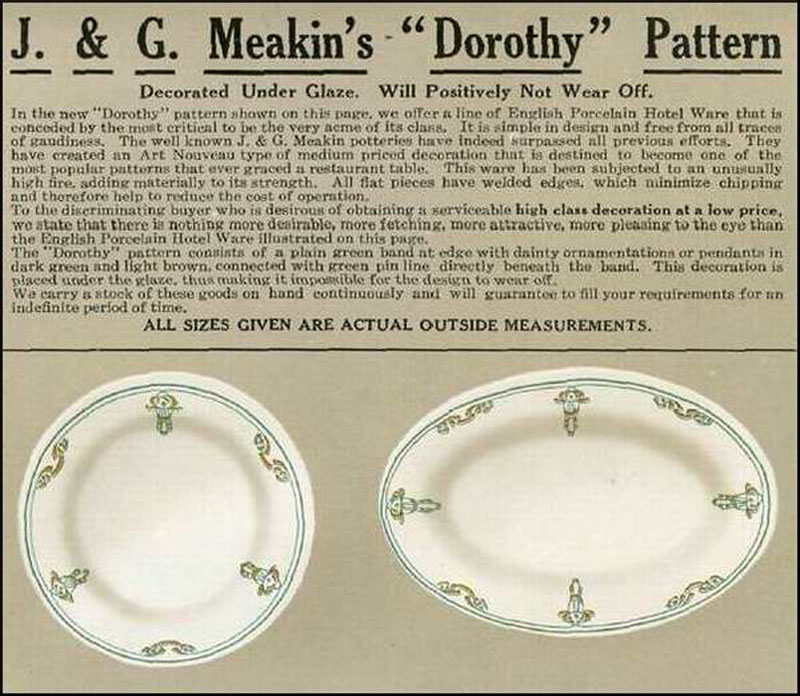 Notes: Most commonly referred to as Katy Ornaments, this stock pattern was a popular Art Nouveau pattern made by many manufacturers. The versions made by both Syracuse, called Thebes, and Shenango are known to have been used by the Missouri-Kansas-Texas (Katy) Railroad, hence the name, Katy Ornaments.

Until recently, Scammell's true name for the pattern was not known. But thanks to a binder of Scammell patterns owned by Larry Paul, it turns out Scammell's name for it was Katy Ornaments, pattern number #6080. See the catalog entry above.

Other known manufacturers of the pattern include Mayer (known as Cairo) and J. & G. Meakin Potteries (Dorothy, see 1913 Albert Pick Catalog excerpt above).

Unless it was made by Shenango or Syracuse, Katy Ornaments was not used on the railroad, and even then it would be unlikely that any individual piece saw railroad service.