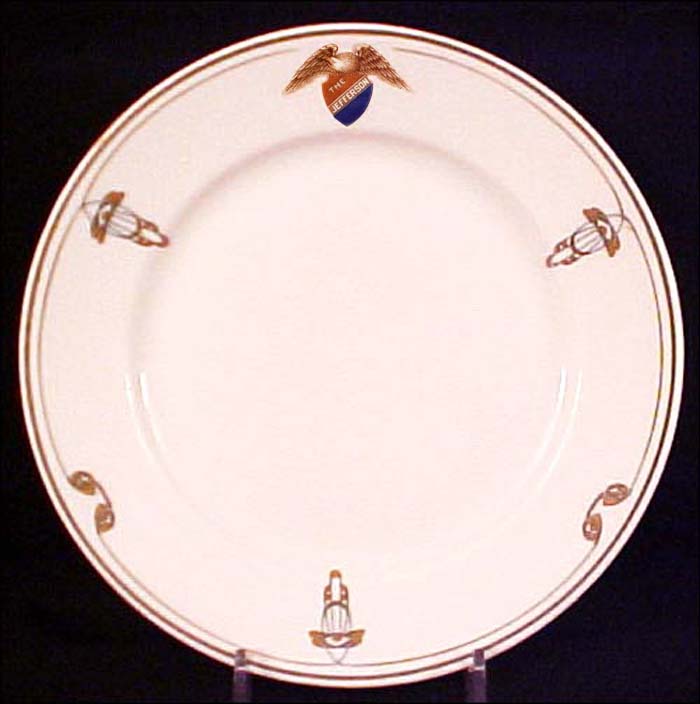 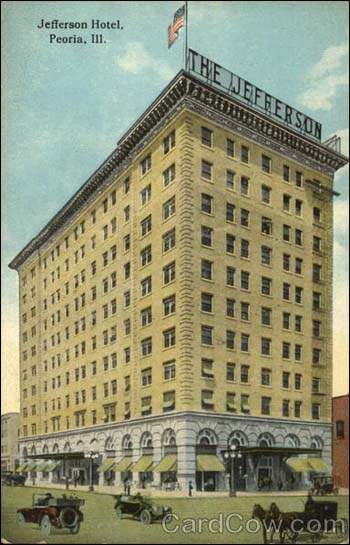 Notes: Located at 235 S. Jefferson Avenue in Peoria, Ill., this 225-room hotel opened to the public in February 1912, and two additional floors were added in 1914, increasing the total number of rooms to 255.

In the early 1920s, renovations to the hotel added another 145 rooms, increasing the total number of rooms to 400. The Jefferson was last listed in the 1965 Hotel Red Book. The hotel was imploded in 1978 for the construction of the Peoria Civic Center.

The rim pattern sans eagle is commonly referred to as Katy Ornaments – a popular Art Nouveau stock pattern made by many manufacturers which we now know is called Thebes when made by Syracuse and Cairo by Mayer China. While the true Katy Ornaments pattern as made only by both Syracuse and Shenango did see some use by the Missouri-Kansas-Texas (Katy) Railroad, any other manufacturer's version should be considered as stock only.

White Body with a double green line border connecting Art Nouveau pendants in green and light brown. Topmarked with a spread-winged eagle above a red, white and blue shield containing "The" above "Jefferson" on diagonal.