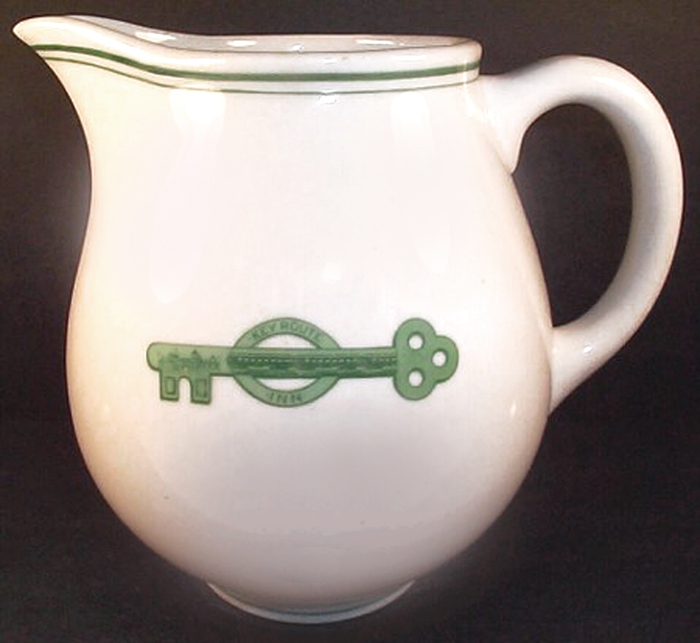 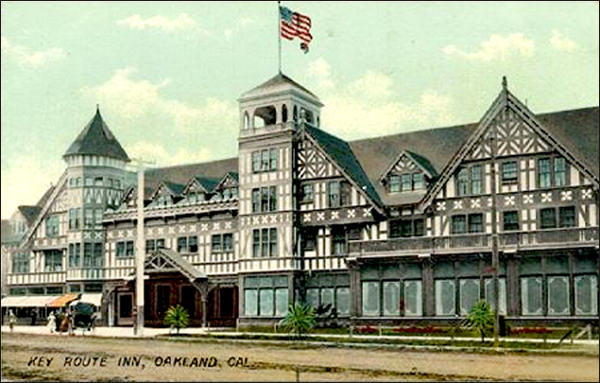 Notes: The Key Route Inn was a multi-storied railroad eating house and hotel and was operated by the Key Route (or Key System) Electric Railroad that ran between Oakland and San Francisco, California. This hotel was constructed in 1907 by the railroad's owners — Francis Smith, a highly successful Borax businessman and Frank C. Havens. The hotel was located in downtown Oakland at Grand Avenue just west of Broadway.

The Hotel was done in an "Old English" architectural style. The hotel was also famous for the fact that one of the "Key Route"railroad lines passed into the hotel through a large archway and corridor; the corridor connected to the main lobby of the hotel.