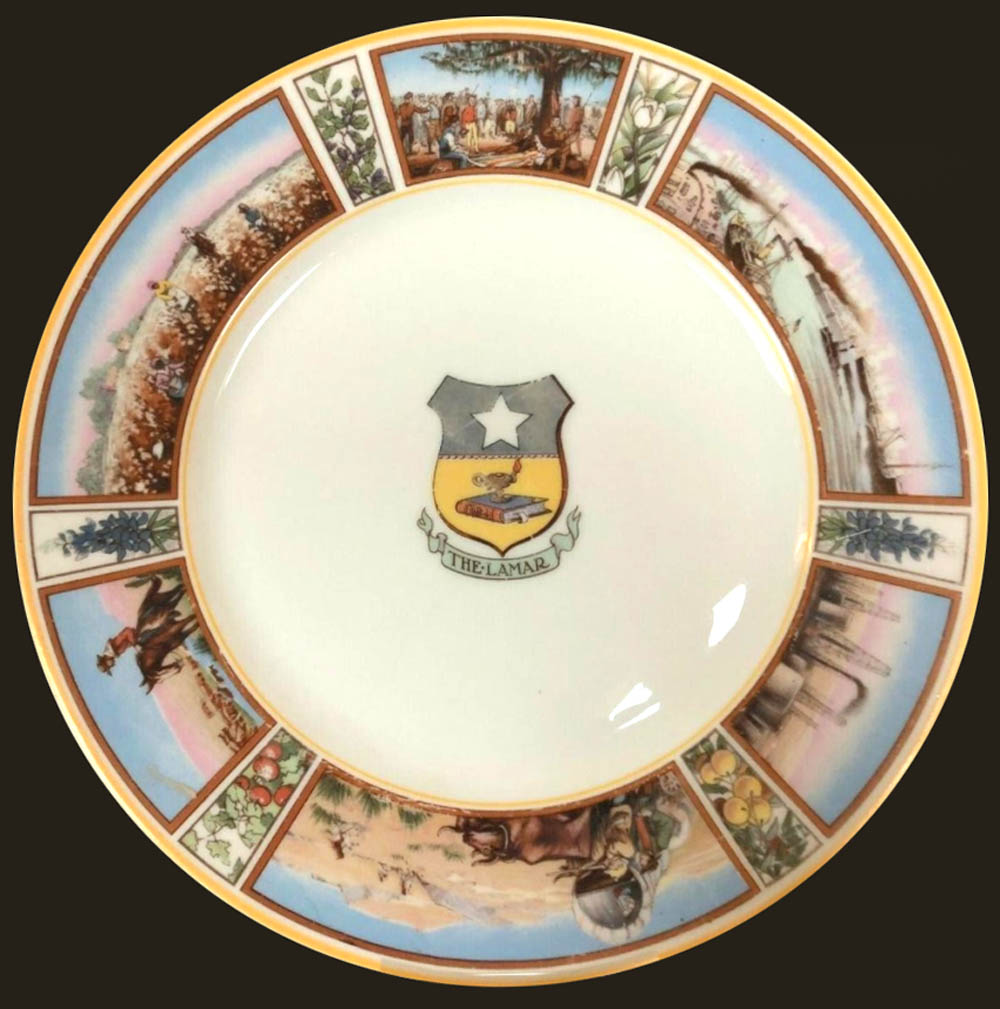 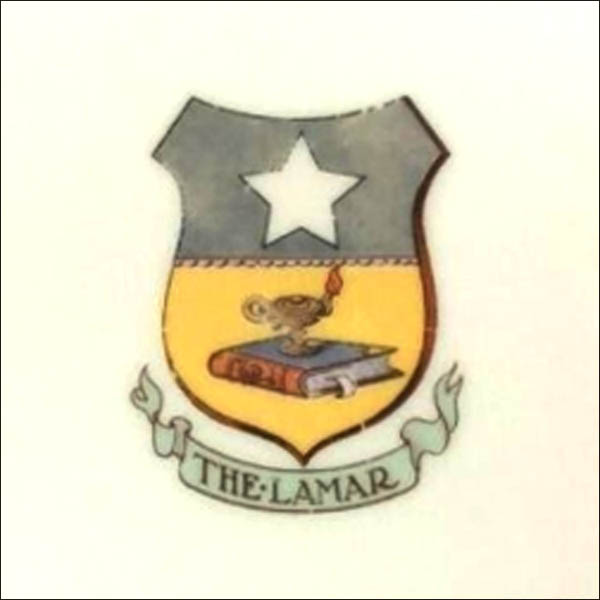 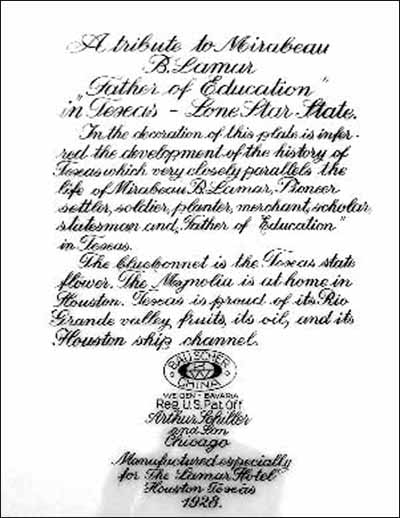 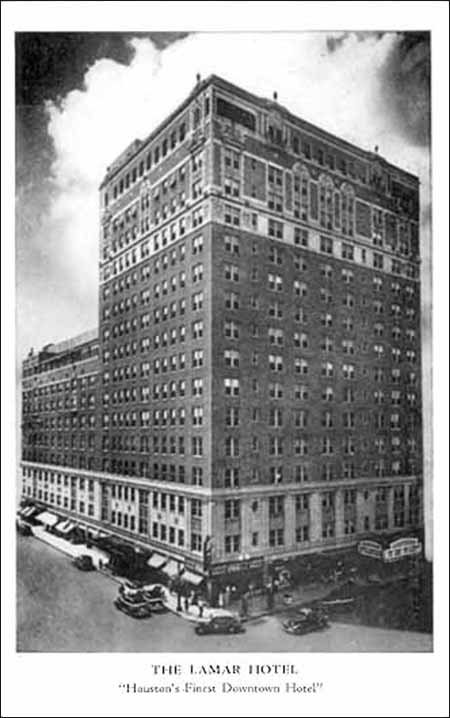 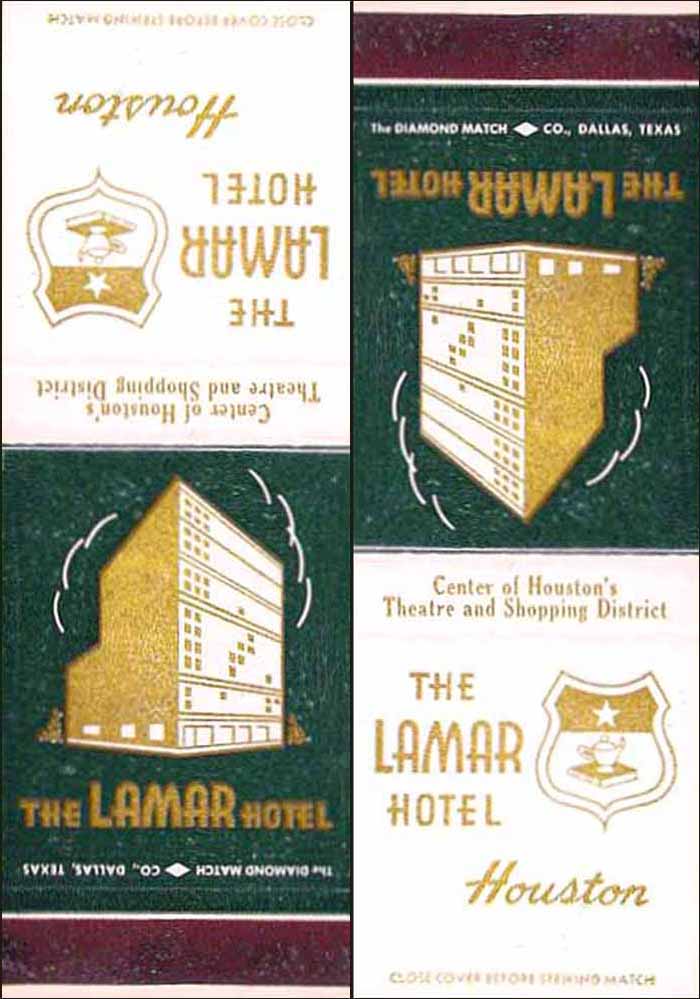 Notes: The Lamar Hotel in Houston was built in 1927 by Jesse Jones and featured in Houston's history until being demolished in 1983. Former president Lyndon Johnson stayed there as did H.L. Hunt. Many leaders of business in Houston kept permanent suites there. The hotel was named for Mirabeau B. Lamar, third president of the Republic of Texas, as well as soldier, pioneer, merchant and more.