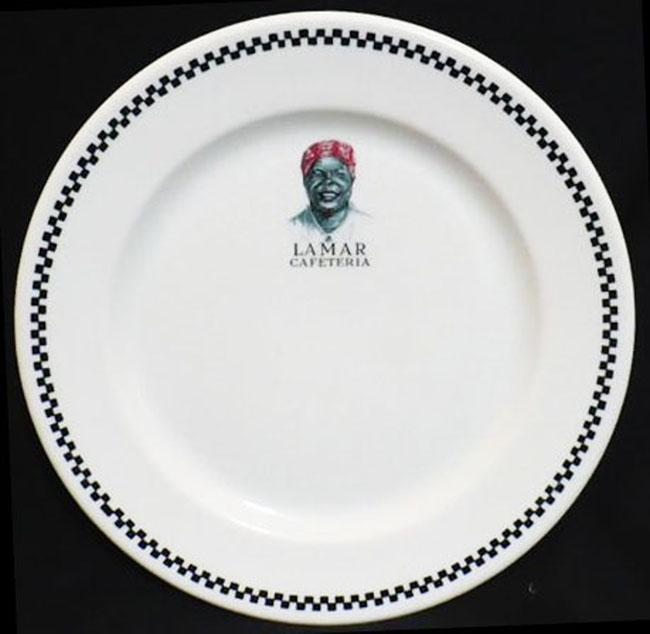 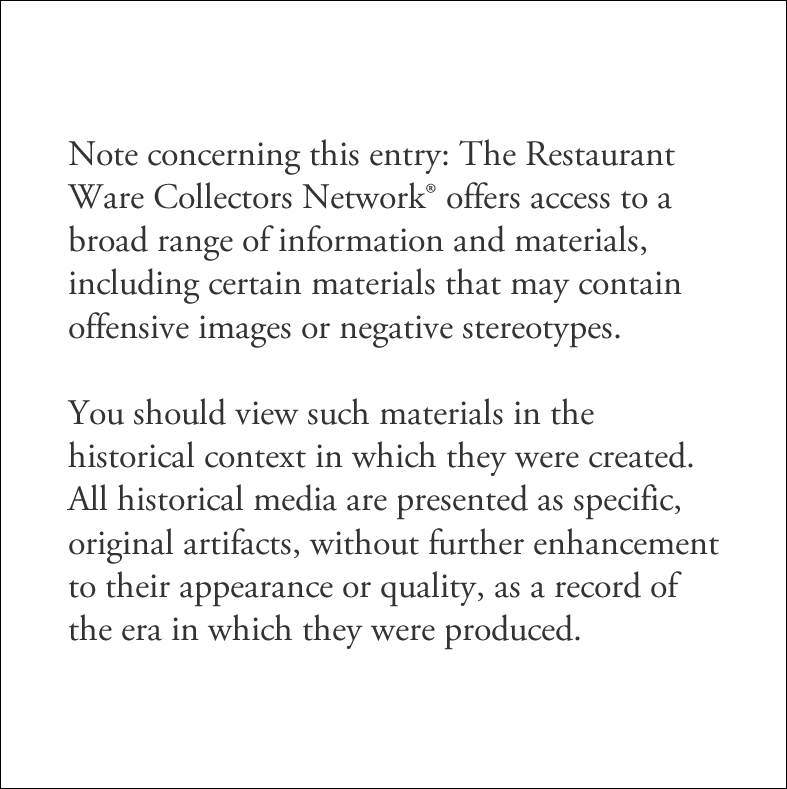 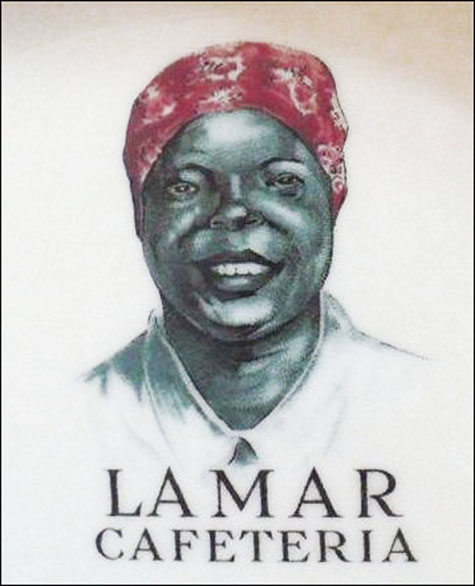 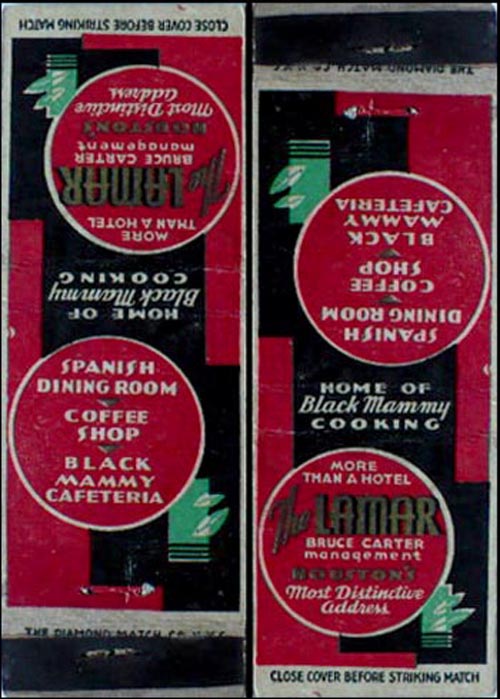 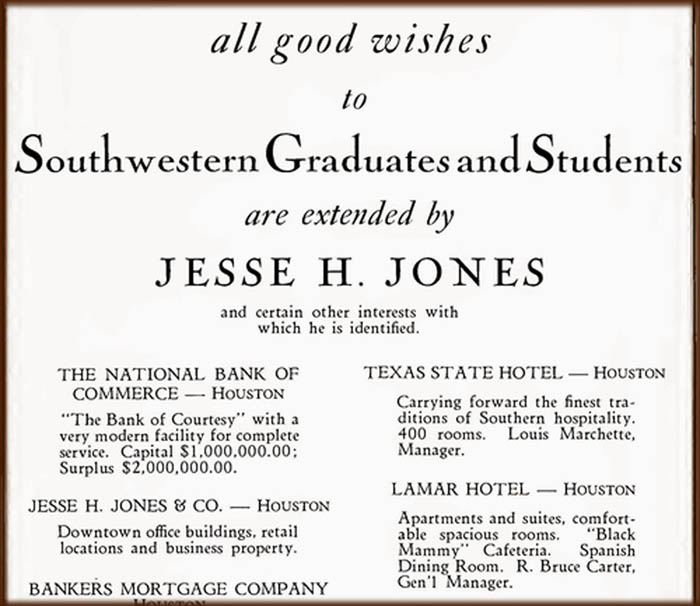 Notes: This piece was used at the Black Mammy Cafeteria in the Lamar Hotel located in Houston, Texas, not to be confused with similarly named cafeterias, including one located in nearby San Antonio.

Based on an ad excerpt from the 1932 Southwestern College Year Book (see below), the Lamar Hotel, along with its Black Mammy Cafeteria, was one of several Houston interests owned/operated by Jesse H. Jones.

White plate with black checkerboard border and central image of an African-American woman with red and white bandanna covering her hair.