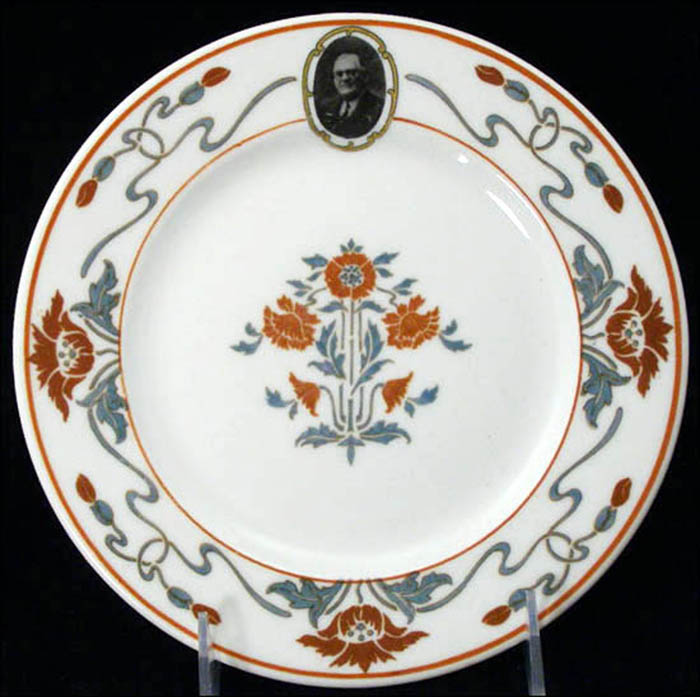 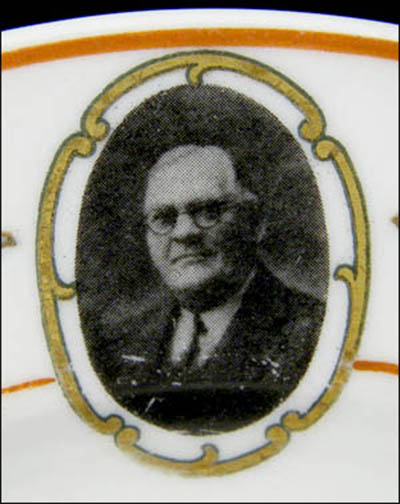 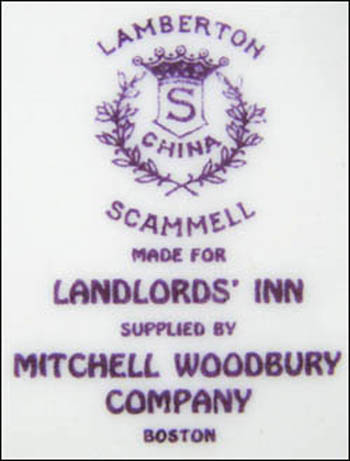 Notes: What would become the Landlords' Inn opened in 1900 as a four-story clapboard hotel with 40 rooms as the Templeton Inn of Templeton, Mass., originally built by Moses W. Richardson in 1900. The name was later changed to Cumberland. By 1928, it had been enlarged to 100 rooms.

Around this time a group of 25 men who owned or operated hotels in the New England area decided to purchase the inn. The discovery of a report on the founding and operation of the Landlords Inn by someone familiar with what took place indicates that there was no plan for a chain of additional Landlords' Inns.

The founding was a rather casual arrangement with each of the 25 partners putting up 1/25th of the cost of purchasing the Templeton Inn. Apparently each of the owners got to select colors and decorations for one of the guest rooms.

A service plate was created by Scammell China that placed images of each of the 25 landlords around the rim. The identities of each of these men has been documented in the IDwiki article Landlords' Inn.

This Art Nouveau floral ornament design is decal border #2294, with green vines and leaves, pink flowers and a mint green flowing line at the bottom of the ornament. It was originally designed for the Marshall Field & Co. tea room in Chicago. Coin gold rim lines are used above the portrait.

This plate includes just one of the landlords at the top of the rim: Herman Luther Wood, who was a lessee of the 125-room Mansion House in Greenfield, Mass., and who also served on the board of directors of the First National Bank of Greenfield.

At least four different portraits are known to have been used with this border, including on cups and saucers and bouillon lining cups. The decoration on these bouillon cups is placed inside the bowl because the cups were used as liners in a silver-plated holder.