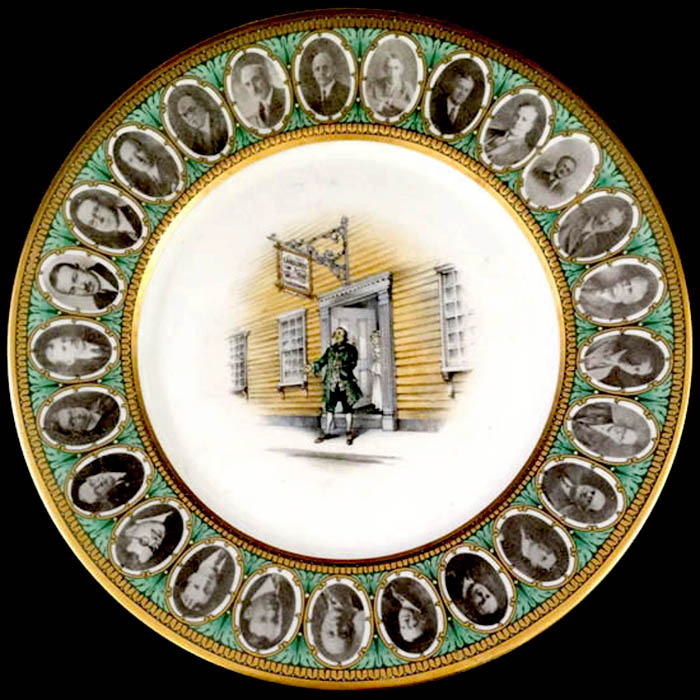 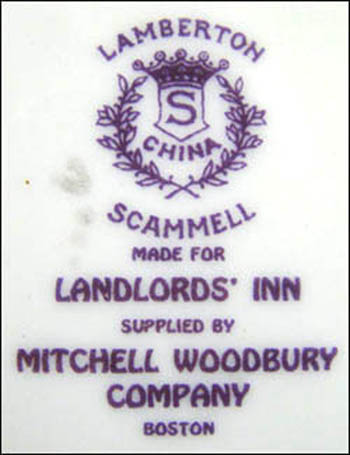 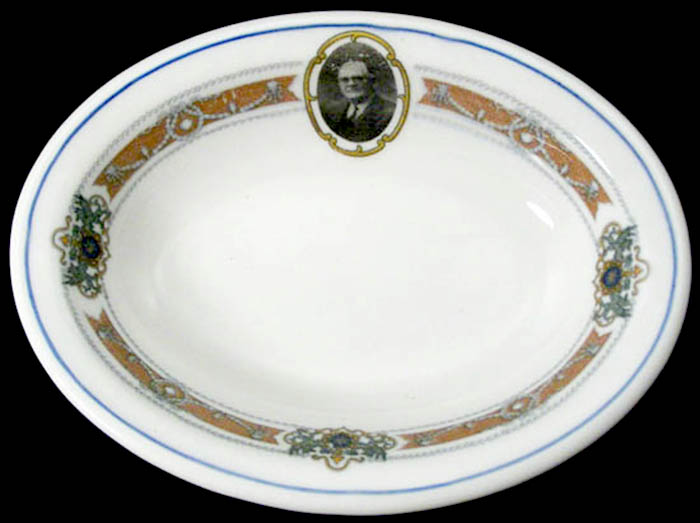 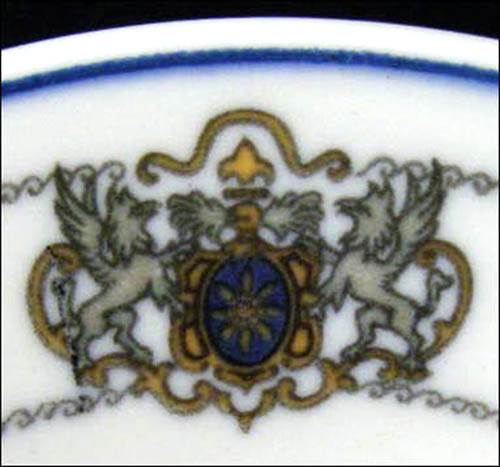 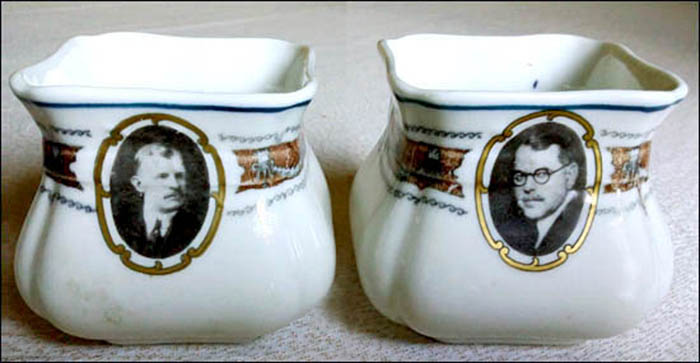 There are at least five different men who have appeared on this 8-ounce bag-shape sugar bowl with border #70,195. Shown here, Wilkey and Fogg. 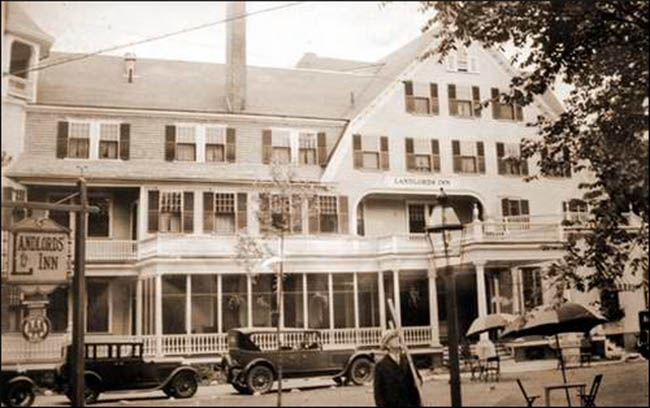 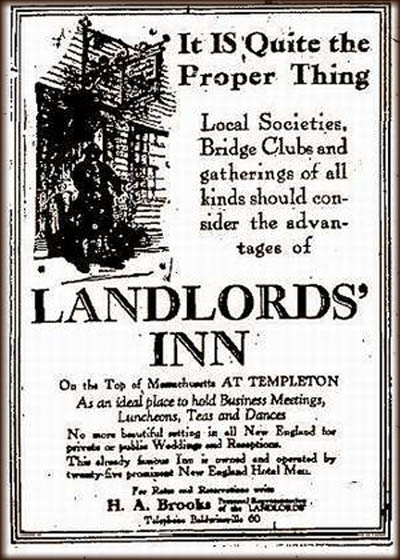 Notes: What would become the Landlords' Inn opened in 1900 as a four-story clapboard hotel with 40 rooms as the Templeton Inn of Templeton, Mass., originally built by Moses W. Richardson in 1900. The name was later changed to Cumberland. By 1928, it had been enlarged to 100 rooms.

Around this time a group of 25 men who owned or operated hotels in the New England area decided to purchase the inn. The discovery of a report on the founding and operation of the Landlords Inn by someone familiar with what took place indicates that there was no plan for a chain of additional Landlords' Inns.

The founding was a rather casual arrangement with each of the 25 partners putting up 1/25th of the cost of purchasing the Templeton Inn. Apparently each of the owners got to select colors and decorations for one of the guest rooms.

Shown on this page are an example of Scammell China's service plate (probably designed by Emil Schnepf, the company's head designer at the time) and also the main china service. The border on the service plate features photographs of each of the men who were part of the consortium, and selected portraits – seemingly random – were used to decorate the main china service.

The decal border on the service plate is composed of green, black and coin gold, while the center-of-the-well design is done in green, brown and black, with shades of gray. The portraits are not arranged in alphabetical order, but appear to be in a random arrangement.

The several known examples of this plate have a different portrait in the 12 o'clock position above the center illustration, so there seemed to be no attempt to place a particular portrait at the top.

Because L. G. Treadway's arms are crossed and he is dressed in a light-color suit, he is easy to locate in the border. For that reason he was selected to be the first image used to describe the 25 landlords. The numbering system progresses clockwise around the border.

Above, the main china service pattern used Emil Schnepf's border design patented in 1926 as #70,195. The rust and gray green border band, as well as the green rim and verge lines, were done underglaze. After the glaze firing, the china was sent back to the decorating department where the coin gold-framed portraits were applied before the final firing and buffing. These ovals were not cut from the service plate decal but were produced as a separate set of decals.