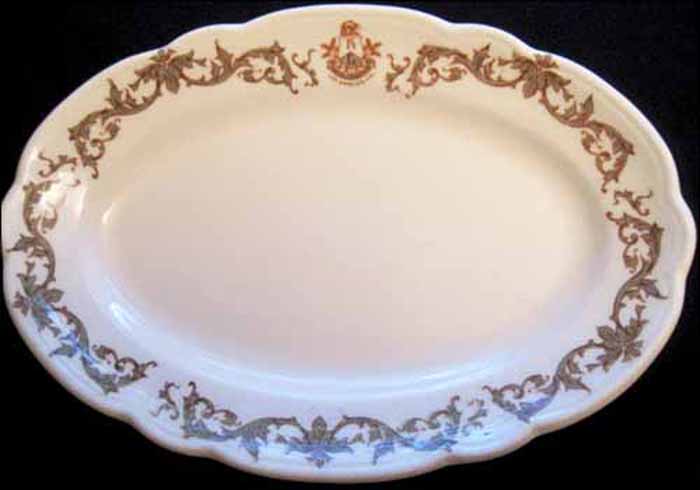 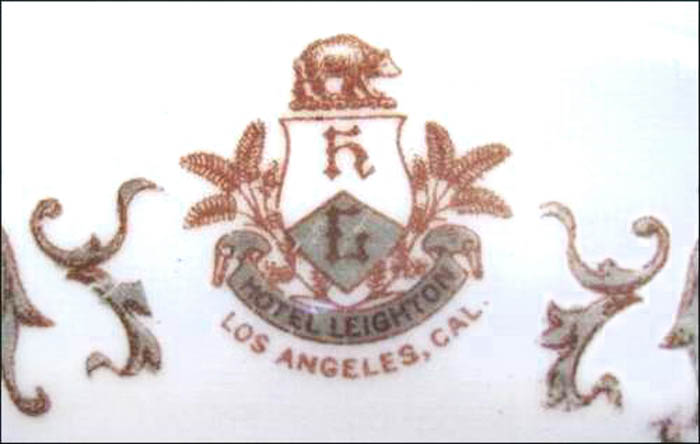 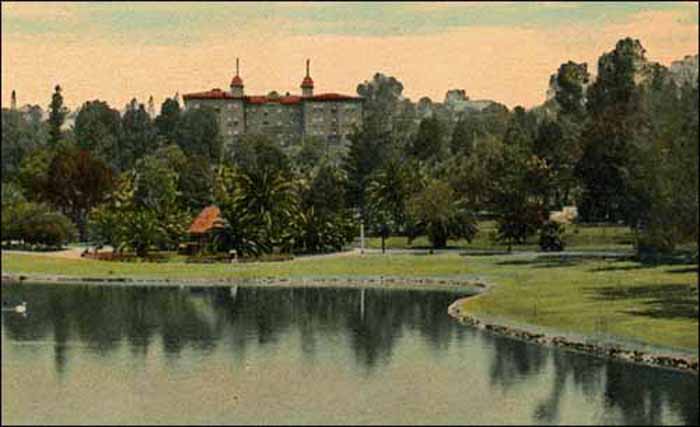 Notes: The Leighton Hotel was located opposite Westlake Park at 2127 West 6th Street, Los Angeles, Calif. It was designed by John C. Austin and built by George A. Leighton in 1904. It originally had 104 rooms but was expanded in 1912. Many Southern California Tennis Club tournaments were played on its courts during World War I.

The listing in the 1928 Hotel Red Book reads: "All outside rooms with and without private bath. Hot and cold water, steam heat, and phones in each room. Large grounds with parking space, clock golf, driving net, tennis court, and pergolas. Billiard room, Barber Shop, Circulating Library and Elevator Service." Entry includes a picture of the hotel.

Further research finds that the hotel is not listed beyond the 1948-1949 Hotel Red Book.

White bodied oval plate. Rim with green, edged in maroon, acanthus leaves, broken by the logo with two-part shield with 'H' and 'L,' bear over shield, palms on either side of shield, with banner beneath that says Hotel Leighton, Los Angeles, Cal.

The nearby Virginia Maryland Hotels (California)  used the same Syracuse pattern with a similar topmark.