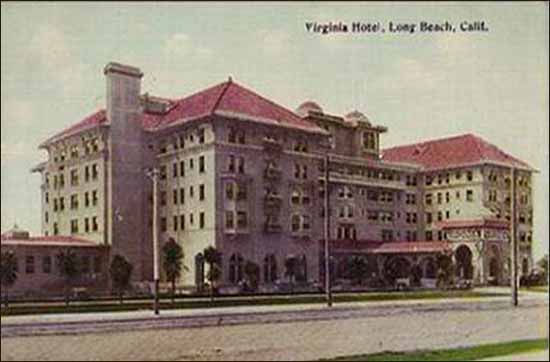 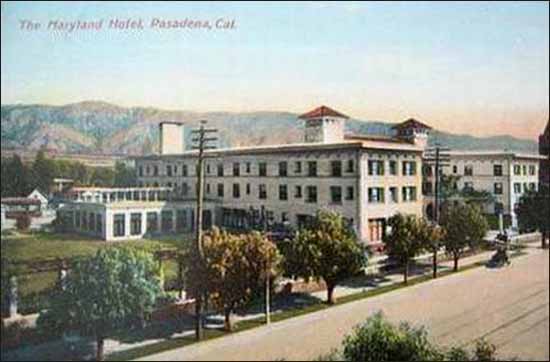 Notes: This early 11" celery dish was used at both the Virginia Hotel in Long Beach, CA and the Maryland Hotel in Pasadena, CA. Both hotels were owned and managed by D. M. Linnard, one of the first hotel magnates in southern California and also president of the Tournament of Roses parade before the Rose Bowl was built.

D.M. Linnard acquired the Maryland Hotel on East Colorado Street in Pasadena circa 1897. He also purchased the La Casa Grande hotel in 1902 and the Hotel Spaulding in 1904. He connected all the hotels with covered walkways and pergolas, making a complex that covered two blocks on East Colorado Street. In 1914, the hotel burned and a new one was quickly designed and built. The 400-room Maryland closed its doors in 1934.

Mr. Linnard also planned and built the 300-room Virginia Hotel on the beach at Long Beach, CA — first found in the 1909 Hotel Red Book (HRB). Known as "The Southland's Famed Hotel of Hospitality," the Hotel Virginia, Long Beach was the center of all sporting activities and social events. This hotel closed circa 1932.

The nearby Leighton Hotel used the same Syracuse pattern with a similar topmark.