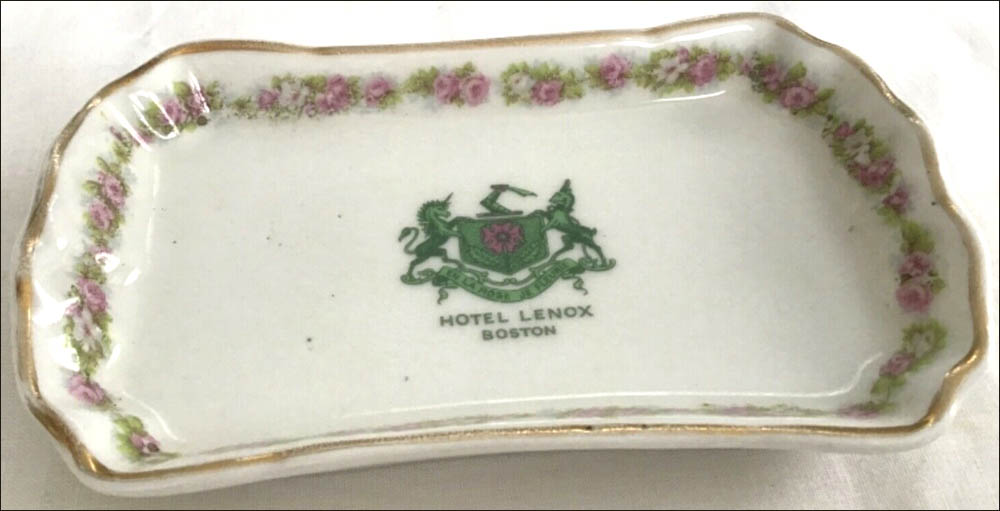 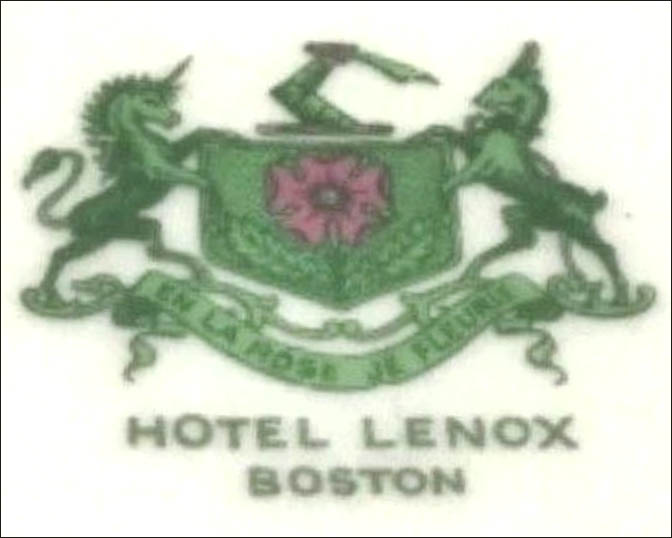 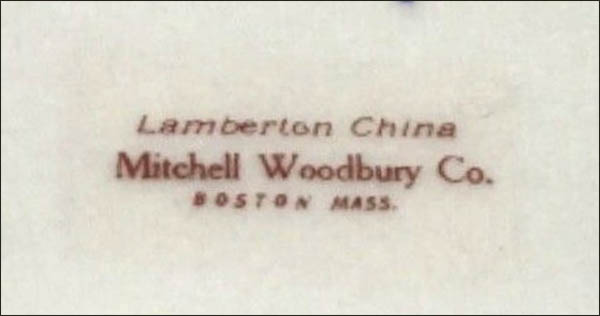 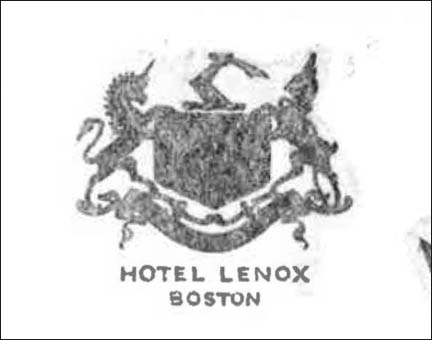 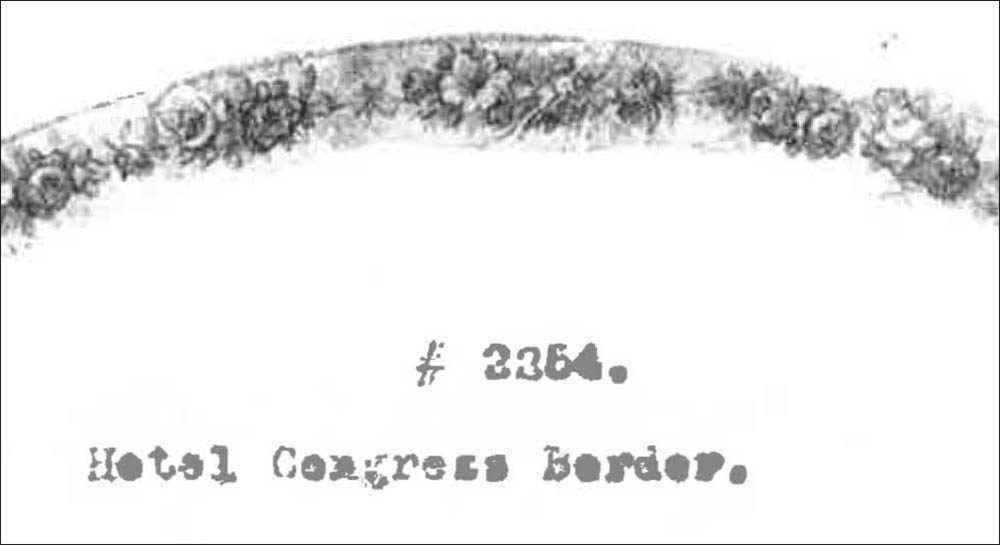 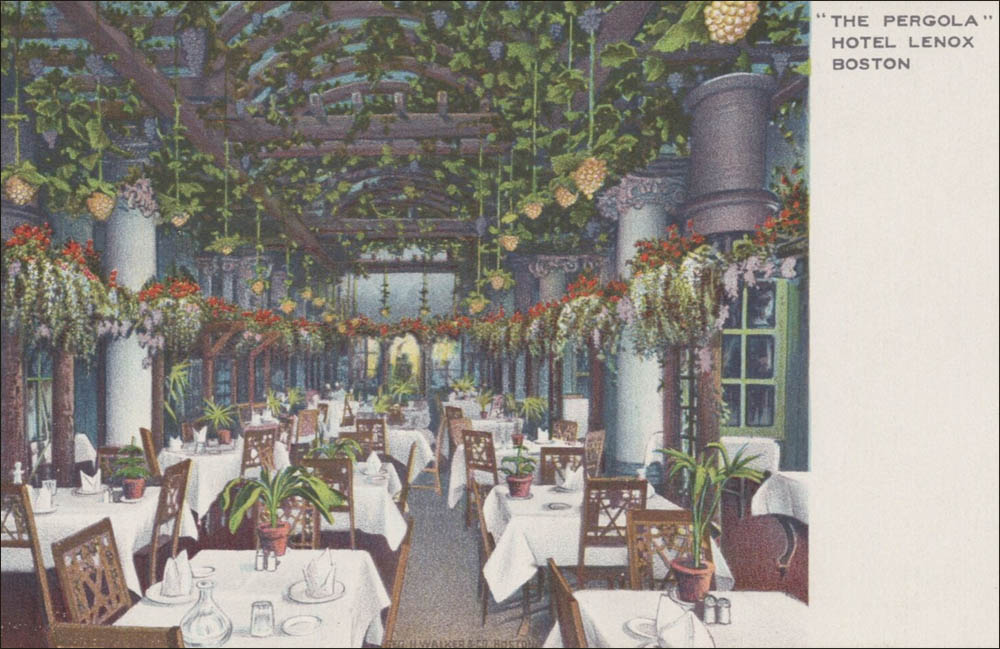 The Pergola at the Hotel Lenox 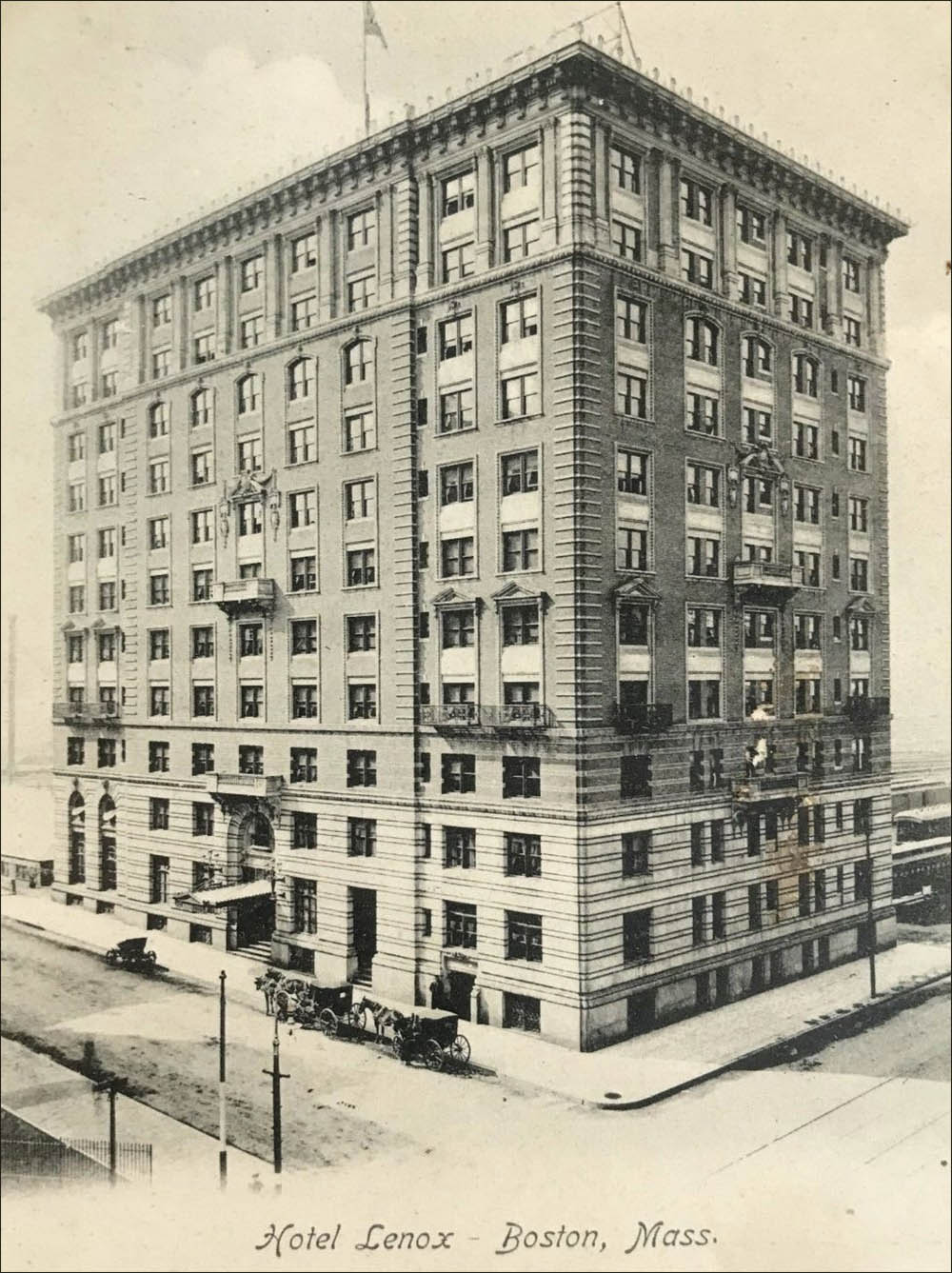 Notes: The 11-story Hotel Lenox opened on the corner of Boylston and Exeter Streets in 1900. Lucius Boomer built it at a cost of over $1 million. He named it for Lady Sarah Lennox, wife of King George III. It contained 250 rooms and 125 baths. It still operates in 2022 as part of the Historic Hotels of America group.

Maddock made several different china services for the Lenox. The china service made for use in the hotel bedrooms contains a green and red shield crest.  This crest is shown in the Maddock pattern sample book. The decal border is shown in the Maddock sample book as "#2364 Hotel Congress Border" which was originally designed for Congress Hotel in Chicago in 1893.  This pattern may also have been used in one of the hotel dining rooms. The Lamberton China made for The Lenox was distributed by Mitchell Woodbury Co.