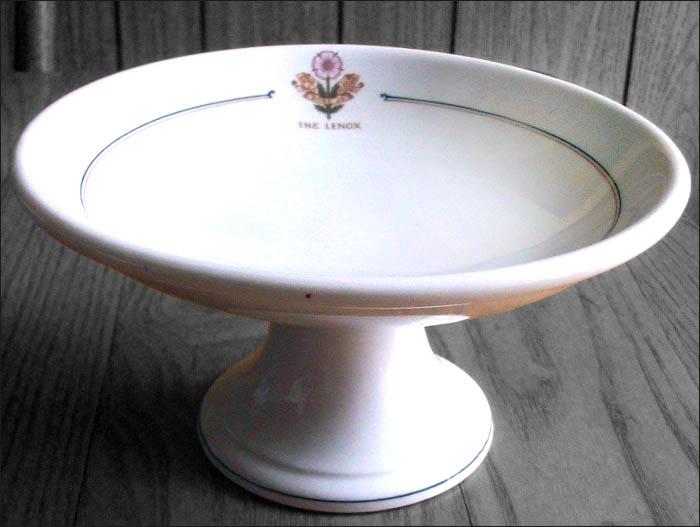 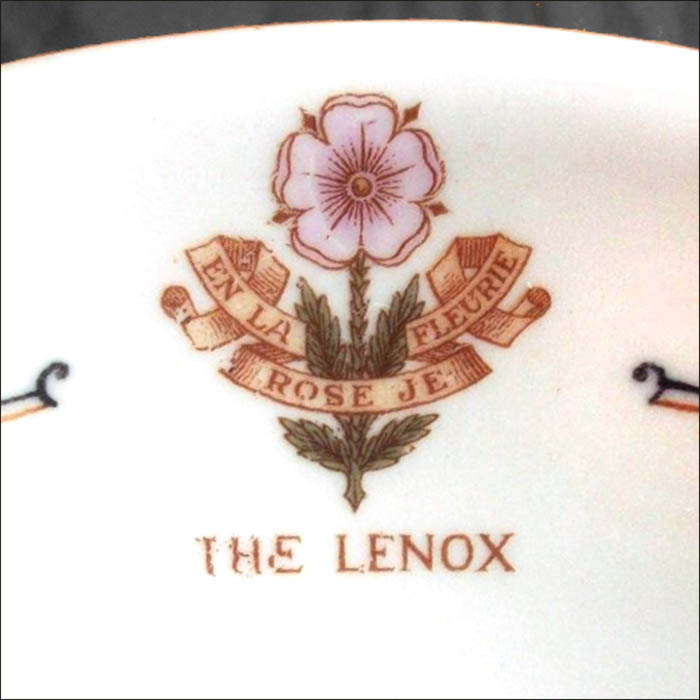 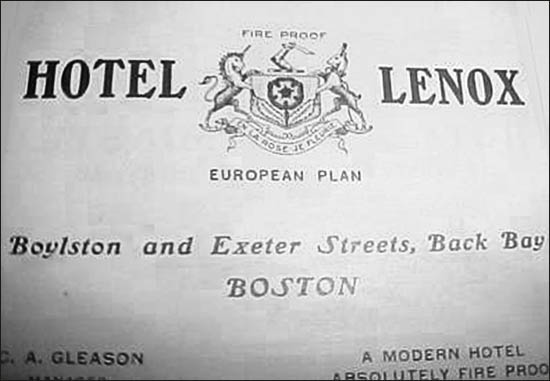 Notes: In 1900, the hotelier and impresario Lucias Boomer (best known as the owner of New York's Waldorf – Astoria) began work on what was to be the most luxurious hotel in New England. Eight months and $1,100,000 later, The Lenox — the tallest building in Boston, Massachusetts at the time — opened its doors in the heart of Back Bay at Boylston and Exeter Streets. Click here for more information about the Lenox Hotel.

According to Larry Paul, this pattern was most likely a part of Maddock's Lamberton line of china and might also have been manufactured when Scammell took over ownership of the factory.

The floral topmark features a banner reading "En la rose je fleurie" which translates to "I flourish in the rose," a motto for the Lennox family, although the hotel spells its name differently.