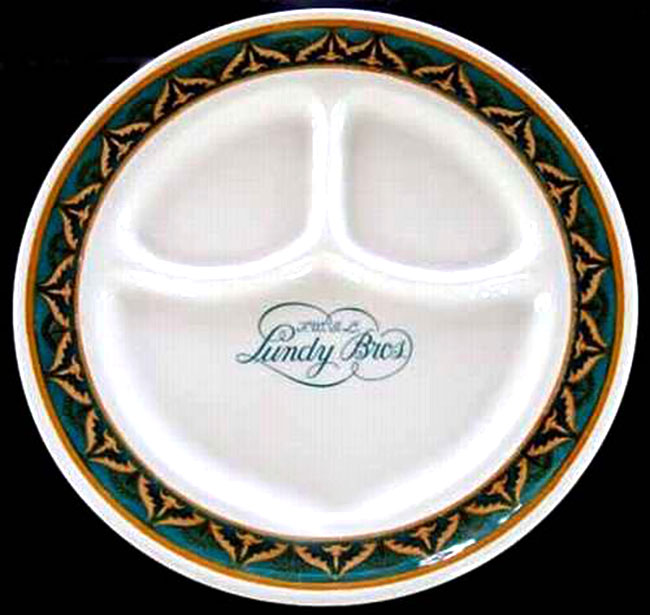 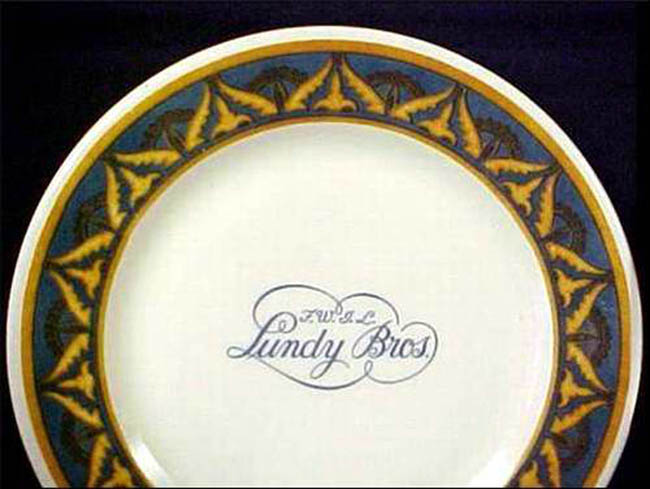 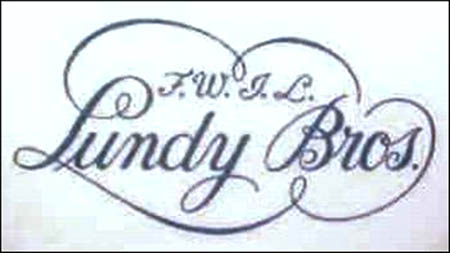 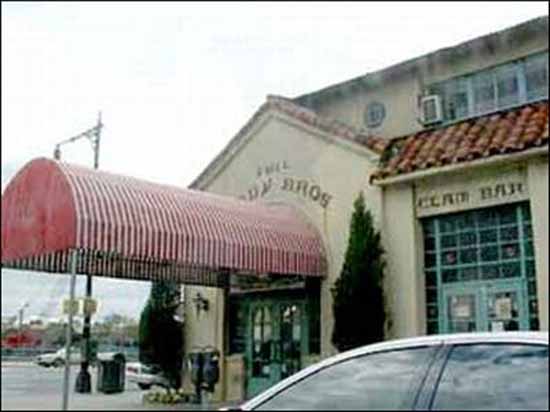 Notes: The original Lundy Brothers restaurant was first opened in 1934 in Sheepshead Bay, Brooklyn, N.Y. At one time, founder Irving Lundy built Lundy's Restaurant to be the largest restaurant in the United States, seating 2,400 to 2,800 patrons.

The F.W.I.L. in the well stands for Frederick William Irving Lundy. He died in 1977 and the restaurant closed. It was re-opened two more times, but each time, the new owners could not make a go of it.

For related info:
Deshler Wallick Hotel 2 for a similar pattern by Scammell China